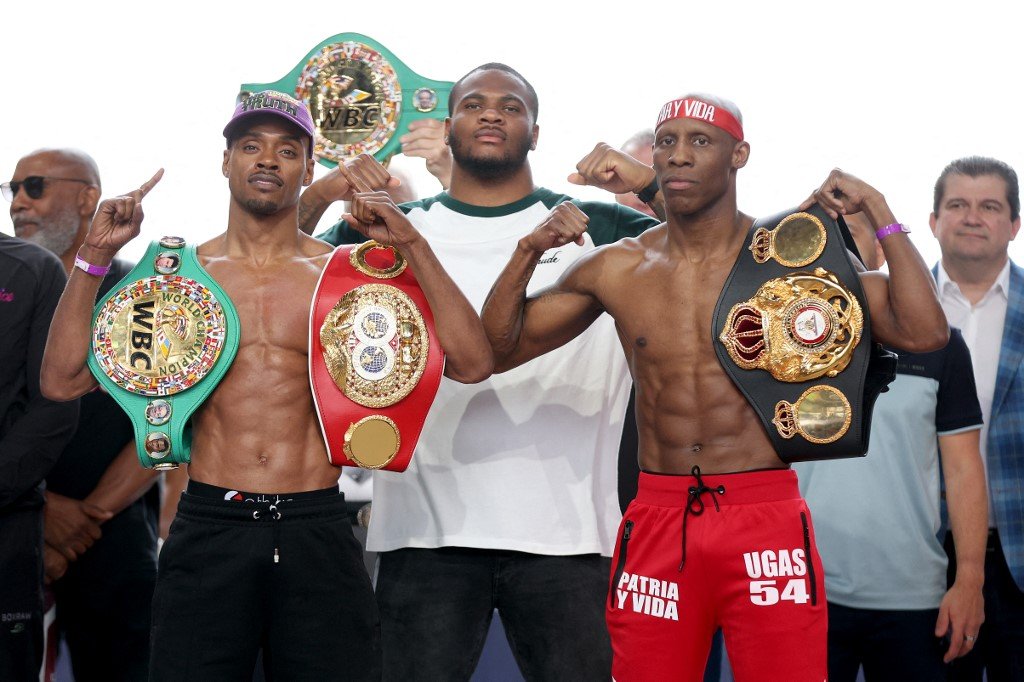 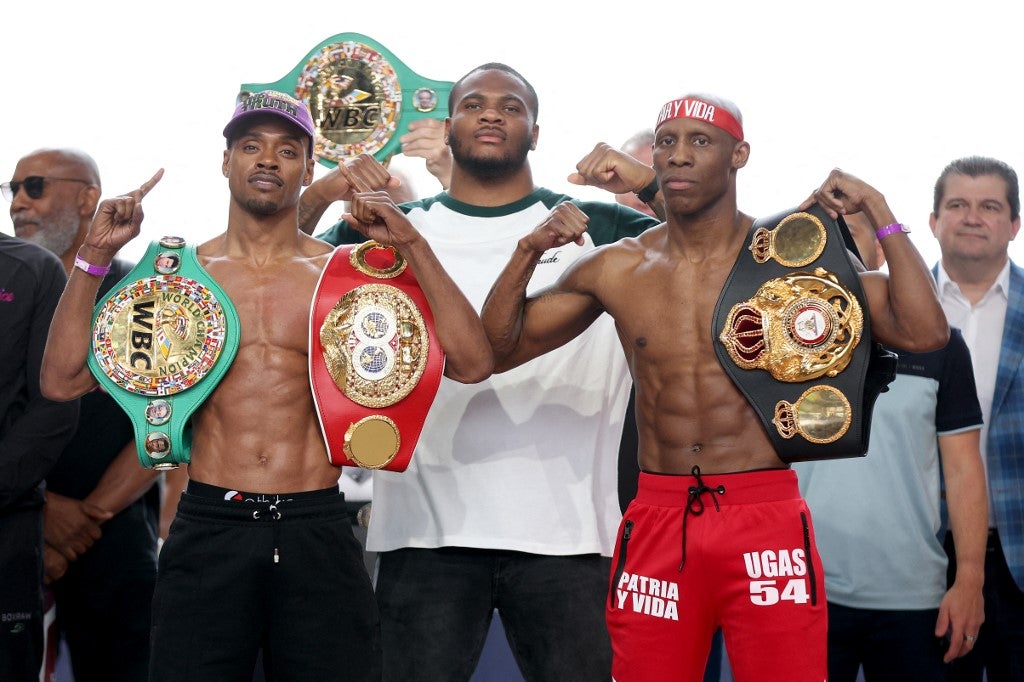 Errol Spence says the eye injury that prevented him from fighting Manny Pacquiao last August won’t be a factor when he meets Yordenis Ugas on Saturday in a welterweight world title unification bout.

Spence will put his World Boxing Council and International Boxing Federation titles on the line in the fight at AT&T Stadium, home of the NFL’s Dallas Cowboys while Cuba’s Ugas defends his World Boxing Association belt.

Spence, a Texas native, will be fighting for the third time at the stadium in Arlington in suburban Dallas, and for the second time attempts to return from serious injury.

The 31-year-old was hospitalized for days and sidelined for months after a single car crash in October of 2019.

He returned to beat Danny Garcia on December 5, 2020 in an impressive display in Arlington.

But a fight with Filipino legend Pacquiao was in the works late last year when Spence had to undergo surgery to repair a detached retina suffered in training.

“The eye is stronger,” Spence said this week. “Nothing will happen unless it’s shot at or something.”

Spence said he’s motivated by those who suggest he can’t come back again.

“I am the same guy I was before the accident and the injury. I feel like I’m better than that guy that fought Shawn Porter or Danny García.

“This fight might not go the distance,” added Spence, who brings a record of 27-0 with 21 knockouts to the bout.

“Ugas is a tough fighter. He’s a guy that embraces the fight and wanting to go toe-to-toe. If he has to, he’ll do anything to win. I’m that type of guy.

“I’m the type of guy that if I have to go toe-to-toe, I will. If I have to stay there and fight, I will. If we get in the clinch and start fighting, I don’t think it’s going 12 rounds.”

Ugas, who stepped in at short notice and upset Pacquiao via unanimous decision, brings a record of 27-4 with 12 knockouts.

The 35-year-old Cuban said he has “nothing but respect” for the unbeaten Spence.

“He’s a great fighter and this is not only going to be a clash between us, but also between two of the greatest trainers in the world, so you’re not going to want to miss that either,” he said. “Spence promises a knockout. I promise a win.”

The two fighters have a common opponent on their resumes. Spence beat Porter by split decision in a punishing September 2019 fight, Six months earlier Ugas dropped a controversial split decision to Porter.

The winner of the bout is in line for a shot at World Boxing Organization champion Terence Crawford.

“That’s the only fight that’s supposed to happen,” Spence said.