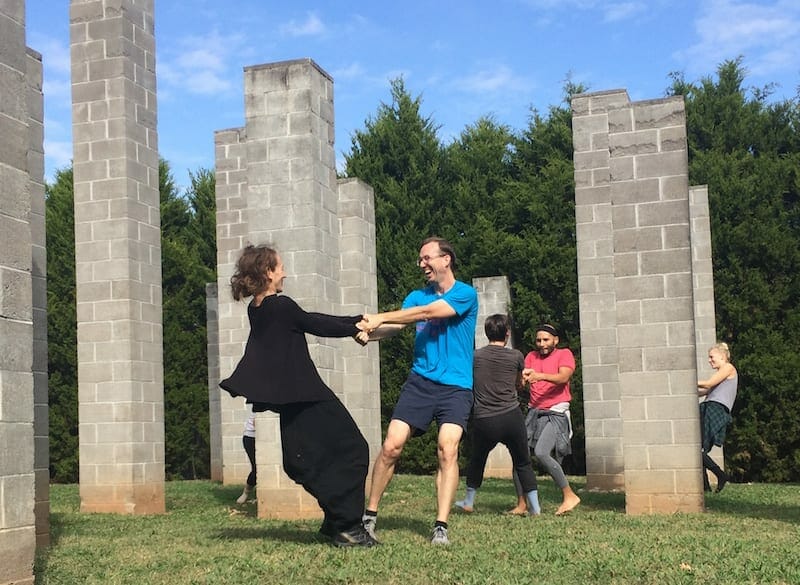 Cabbagetown Initiative and Goethe-Zentrum Atlanta have awarded artist Eric Nine the mural commission at 97 Estoria Bar & Grill on Wylie Street, near the Krog Street tunnel and Eastside BeltLine. Nine will receive $3,500 for the project.

A ribbon cutting ceremony and reception will take place June 30 at 6:30 p.m. at the restaurant. Guests will be able to meet the other finalists and view their canvas paintings: Cathryn Bozone, Dizzy Dizzy, Krista Jones, Yuzly Mathurin and Rebecca Shenfeld. There will be speeches by the German Consul, the Mayor’s Office of International Affairs and more.

This annual mural competition is part of the Sophie Scholl Project. Scholl was a university student and a member of the non-violent protest group Weiße Rose, whose criminal activities included painting anti-Hitler graffiti on the streets of Munich. She was convicted of treason and sentenced to death. Competing artists were asked to respond to Scholl’s life and courage as they created their murals.

The Fulton County Board of Commissioners, led by Chairman Robb Pitts, has approved a $100,000 grant to revitalize the 54 Columns sculpture site at Highland Avenue and Glen Iris Drive in the Old Fourth Ward. Created by artist Sol LeWitt and installed in 1999, 54 Columns is a forest of grey concrete columns designed to mirror the Atlanta skyline. It was Fulton County’s first commissioned public art sponsorship.

The County is adding stadium steps for seating, a pathway into the park, more signage and better landscaping. The seating will be a great addition to a site where companies like glo, Sonic Generator and Bautanz Here have performed. In the new design, the columns will be lit from below.

When 54 Columns was first installed some neighbors objected to it. In 2003 they planted 15 dogwood trees among the columns to cover them up. The County made sure they were removed.

Streaming in October: “A Jazzman’s Blues,” “Welcome to Wrexham” and more