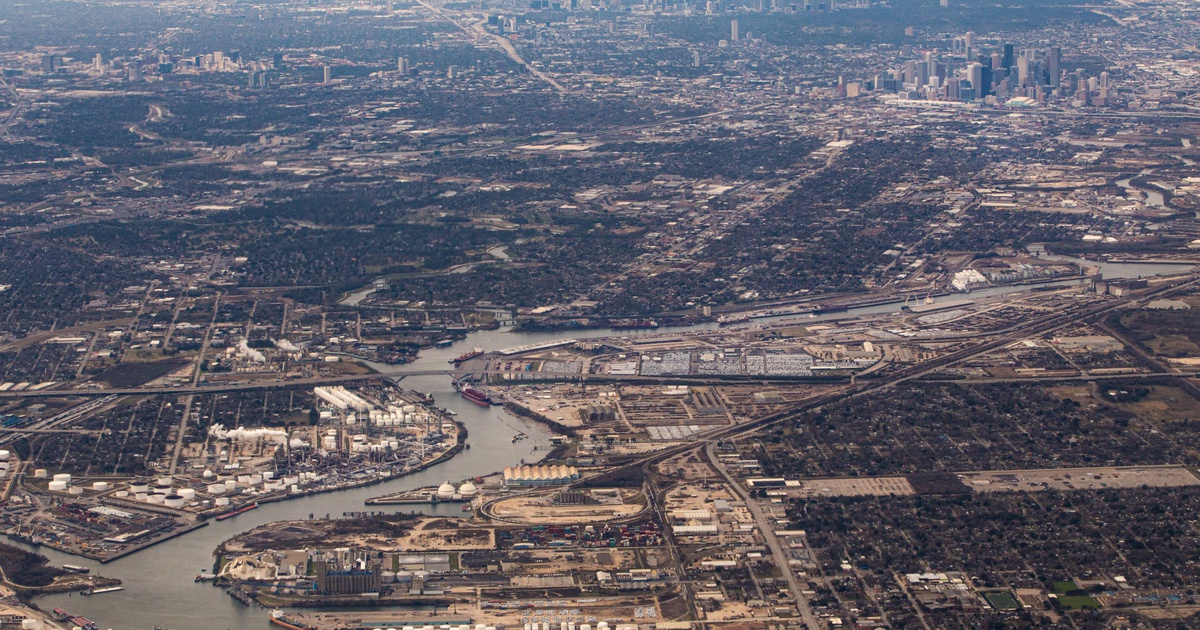 The Environmental Protection Agency on Wednesday sought to list the Houston and Dallas metro areas as “severe” violators of 2008 federal ozone pollution standards, kicking off a process that will likely impose stricter pollution controls in both regions to reduce local smog.

Ground-level ozone pollution, known as smog, harms human health by constricting lung muscles, making it harder to breathe and exacerbating lung diseases such as asthma. More than 79 million Americans live in areas that do not meet national air quality health standards for smog, according to the EPA.

“Smog pollution is a serious threat to public health,” said EPA Administrator Michael Regan in a Wednesday statement on the proposed rule. “With these proposed determinations, we are fulfilling our duty under the Clean Air Act.”

Ozone pollution results from car and truck emissions, industrial emissions from facilities such as refineries and electric generation plants, as well as from natural sources (trees, for example, emit organic compounds that react with other emissions to form ozone).

The 2008 rule requires metro regions to stay below 75 parts per billion of ozone in the air; the EPA looks at the fourth worst ozone pollution days between 2018 and 2020 to determine the limit was violated. The Dallas-Fort Worth area, a 10-county region, exceeded the threshold at 76 parts per billion, while the eight-county Houston region exceeded it at 79 parts per billion.

Three other metro regions — Denver, Chicago and New York — also failed to meet the standard and would be listed as “severe” violators under the EPA’s proposal.

“It is a big deal,” said Victor Flatt, an environmental law professor at the University of Houston who has studied the Clean Air Act. “Once you change those designations, it requires the state to do more in that locality to reduce pollution.”

In addition, the EPA is seeking to designate the San Antonio region as a “moderate” violator of the more recent 2015 ozone standard of 70 parts per billion, with a measurement of 72 parts per billion.

The new designations in the Dallas and Houston regions would trigger more aggressive pollution control requirements on businesses by requiring the Texas Commission on Environmental Quality to revise its plans to control smog in those regions. The changes could include stricter air pollution permits and requiring businesses to install better pollution control technology, as well as requiring a greater reduction in pollution before an area can approve new additional pollution sources.

A TCEQ spokesperson declined to comment on the EPA’s proposal on Wednesday.

Flatt said he wouldn’t be surprised if Texas sues the EPA to protest the new designations, although winning would be difficult since the EPA’s authority to enforce the ozone requirements is well settled, he said.

“But the attorney general of the state of Texas is running for reelection,” Flatt said. “He plays to a base by opposing EPA or the Biden administration.”

Flatt said the EPA action partially reflects the Biden administration’s influence on the EPA following inaction on the standards under the Trump administration.

“We have a different administration now that is more concerned about the health impacts of ozone,” Flatt said, but added that inflation concerns are tempering the administration’s actions. The Biden administration said on Tuesday that the EPA would allow E15 gasoline, or gasoline that uses a 15% ethanol blend, to be sold over the summer, which is typically not allowed due to smog concerns.

In a statement, EPA press secretary Nick Conger said that an agency analysis found that vehicles manufactured in the last two decades would have similar exhaust emissions on E15 fuel as the standard manufacturing test fuel and that the EPA expects relatively small changes to emissions from the change.

“EPA would not expect an impact on ambient air quality,” Conger wrote in a statement. “However, EPA is committed to working with states to help ensure that expectation remains true.”

The EPA also sought to reject Texas’ request for a deadline extension in Houston, arguing that an extension would simply delay planning for pollution controls and further burden neighborhoods already subjected to high levels of pollution — particularly neighborhoods adjacent to the highly industrialized Houston Ship Channel.

Predominantly Latino neighborhoods that sit adjacent to the ship channel tend to experience high levels of industrial pollution from refineries, chemical plants and other industrial operators nearby. Regan, the EPA administrator, toured one such Houston Ship Channel neighborhood, Manchester, in November to hear environmental concerns from residents and advocates during the administrator’s tour of environmental justice issues in the South.

While Texas environmental organizations said that they welcomed the EPA’s action on ozone, much more work needs to be done.

High levels of pollution can disproportionately harm Black and Latino children, researchers have found: One 2017 Rice University study showed that 13% of Black children in Houston have an asthma diagnosis compared with 7% of Hispanic children and 4% of white children and Asian children.

“EPA’s failure to meet its Clean Air Act deadline to finalize more stringent designations has led to public health impacts, prevented vulnerable individuals from enjoying the outdoors and allowed for air nuisance that cannot be reversed,” Bryan Parras, a Gulf Coast organizer for the Sierra Club based in Houston, wrote in a statement. The Sierra Club and other environmental organizations in February had warned the EPA they would sue if the agency didn’t soon take action.

Between 1991 and 2020, the Dallas region’s highest ozone levels decreased by 28%, according to TCEQ data. The Houston region’s decreased by 36% over that same period. But much of the gains were made in the first two decades of regulation, when Texas focused on reducing industrial emissions and federal standards on vehicle exhaust improved.

In recent years, major Texas cities have struggled to reduce smog. In Houston, high ozone levels fluctuated between 78 parts per billion and 81 parts per billion between 2014 and 2020 without a consistent downward trend, according to data included in the EPA’s proposal.

“Ozone is a very stubborn pollutant,” said Daniel Cohan, an associate professor of civil and environmental engineering at Rice University and an expert on air quality.

“It takes large changes in emissions to make much of a change,” Cohan added. “To get that last 10% of progress that we need is just very, very hard to do without steps like electrifying vehicles that come closer to completely removing emissions.”

He estimates it would probably require at least a 50% reduction in local air emissions in Houston to achieve a roughly 10% reduction in ozone levels.

In Texas, it’s particularly difficult to reduce smog, he said, because the climate can accelerate chemical reactions in the atmosphere that create ozone. Smog tends to be worst on sunny, hot and stagnant days, when the sunlight and high temperatures accelerate reactions between volatile organic compounds and nitrogen oxides to form ozone. Such conditions are particularly common during Texas summers — and getting worse with climate change, further accelerating those reactions, experts said.

An October report by the Texas state climatologist John Nielsen-Gammon found that average daily minimum and maximum temperatures in Texas have both increased by 2.2 degrees Fahrenheit in the last 125 years. Nearly half the increase has come since 2000.

“EPA is showing frustration that Texas hasn’t done more to take vigorous measures [to cut ozone pollution],” Cohan said. “But just the atmospheric chemistry of the situation is going to make a 70 parts per billion standard very difficult for large cities to achieve in hot climates.”

Disclosure: Rice University and University of Houston have been financial supporters of The Texas Tribune, a nonprofit, nonpartisan news organization that is funded in part by donations from members, foundations and corporate sponsors. Financial supporters play no role in the Tribune’s journalism. Find a complete list of them here.