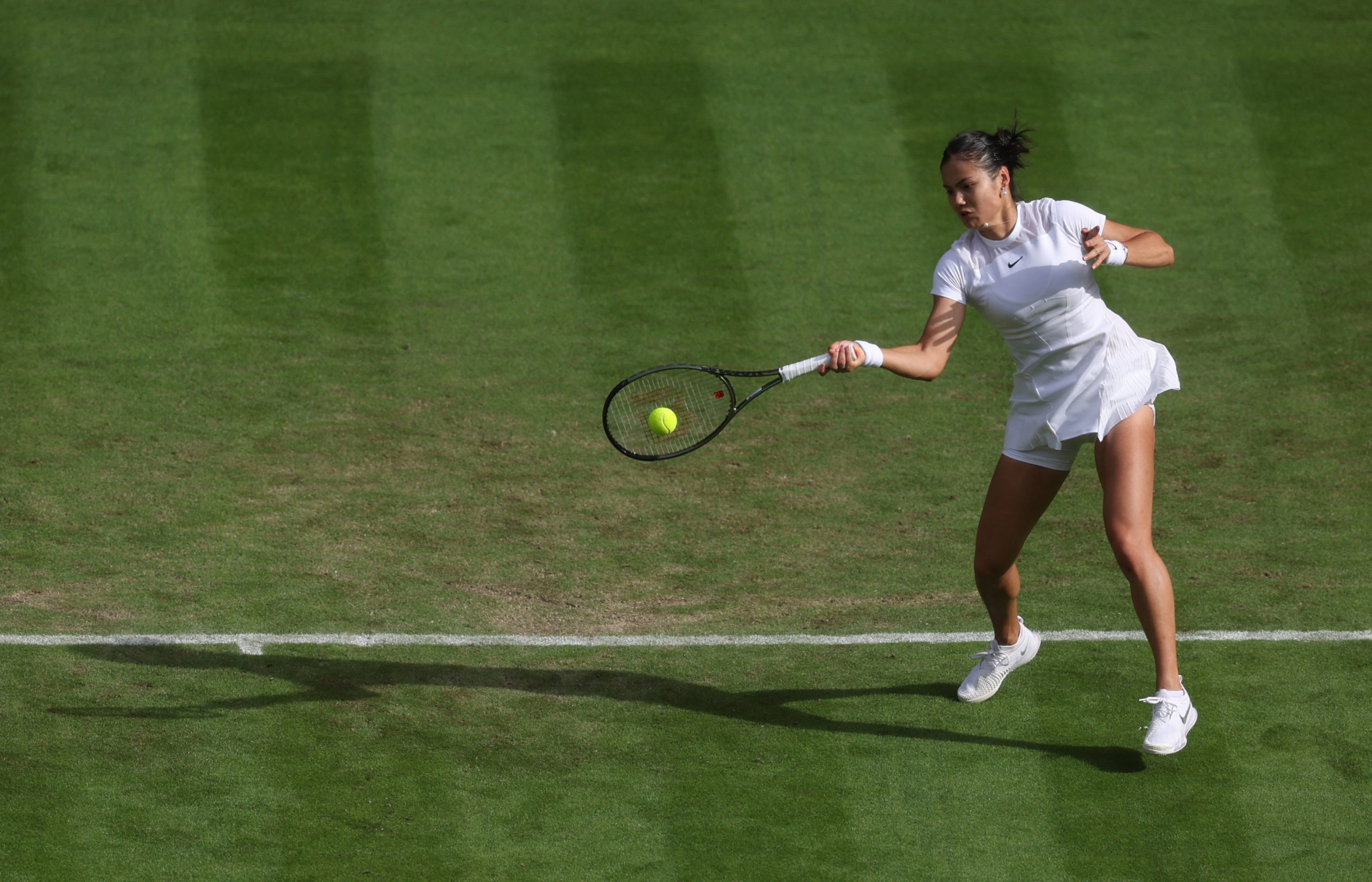 The 19-year-old, who rocketed to fame with her spellbinding U.S. Open triumph last year, did not play badly but had no answer to Garcia’s superior firepower.

Garcia, a former top-10 player with three grasscourt titles on her CV, dominated the opening set as her aggressive return game and heavy serving unsettled the 10th-seeded Raducanu.

She continued blazing away in the second set as Raducanu, despite partisan support, fell away.

A ferocious backhand to seal the win ☄️

Raducanu gave her fans hope of a comeback when she broke Garcia to level the set at 3-3, but she dropped serve immediately to hand the advantage back.

Garcia coolly held for 5-3 and broke the Briton again to claim an impressive victory, finishing it off with a crosscourt backhand, her 25th winner of the match.

Raducanu’s preparation for her second Wimbledon, after last year’s fairytale ride to the fourth round, had not been ideal as she struggled with a side strain that limited her court time.

Her opening win over tricky Belgian Alison Van Uytvanck had raised expectations that she could challenge for the title last won by a British player in 1977 by Virginia Wade. “I was preparing for this match really well,” Garcia said of her first appearance on Centre Court.

“Emma is a huge player and in her home tournament and she proved she can do very well on the big stage. It’s fair that they support Emma and of course it a great memory for me and as always it is a lot of respect.”

A Garcia double-fault on the opening point was greeted by a few claps from the crowd, but from then on she appeared to have the outcome on her racket.

Raducanu did recover a 2-0 deficit early on but she looked rushed as Garcia stepped inside the baseline at every opportunity. Raducanu saved a set point at 2-5 but Garcia wrapped up the opener in 39 minutes.

It was always going to be an uphill battle after that for Raducanu who looked deflated as the match slipped away.

Garcia had come within two points of losing to unheralded Briton Yuriko Miyazaki on Monday, but has now won seven successive grasscourt matches and will be eyeing a deep run in the tournament.