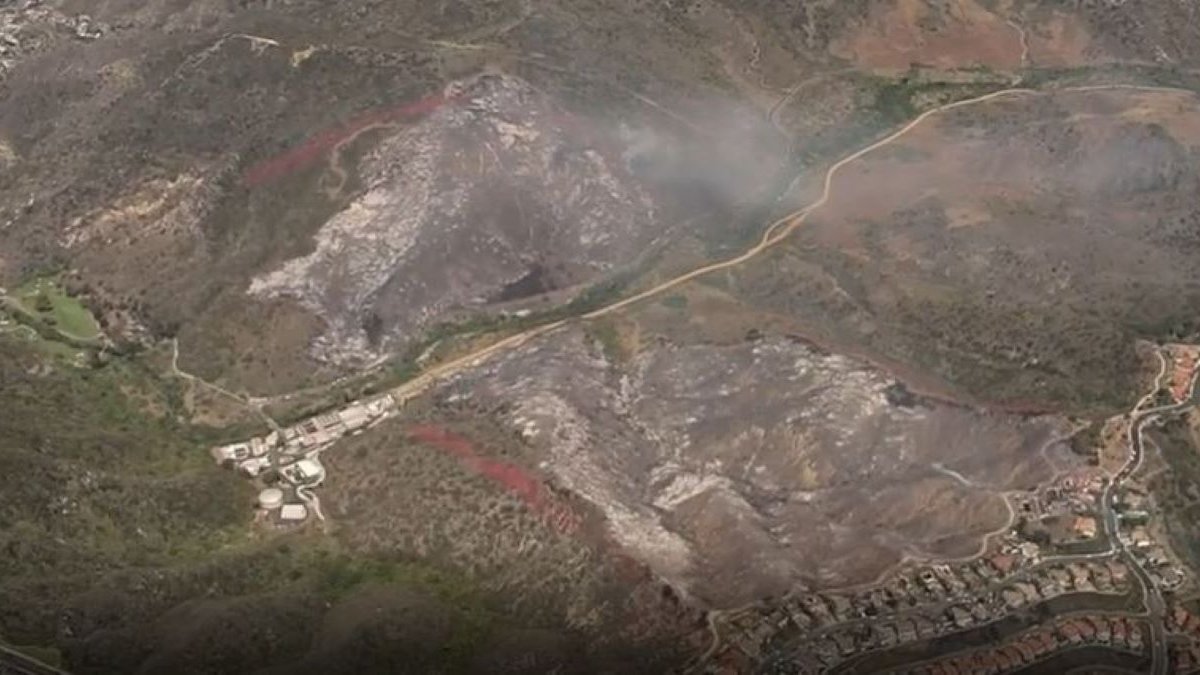 The utility revealed the discovery in a report this week to the state. Authorities have not identified a cause in the brush fire that started in the hills above the Orange County coast and quickly burned uphill into a neighborhood.

We’re learning more about what may have caused last month’s coastal fire that destroyed 20 homes and damaged many others in the Aliso Woods Canyon. Hetty Chang reports for the NBC4 News at 11 p.m. on June 3, 2022.

The Coastal Fire was first reported on the afternoon of May 11 in Aliso Woods Canyon near Laguna Niguel. Fanned by ocean winds, flames tore through thick brush in the canyon and climbed over the top of the ridgeline and cast wind-strewn embers onto homes.

At least 20 homes burned. About 900 homes were evacuated between Laguna Niguel and the neighboring city of Laguna Beach.

Southern California Edison said earlier that it had notified state utility regulators that “circuit activity” was detected at about the same time as the brush fire started.

Authorities have not determined a cause.

“Our thoughts are with the community members whose homes have been damaged and those who are being (or were) evacuated because of the Coastal Fire, and we are coordinating with fire agencies as needed to ensure firefighter safety,” the utility said in a statement after the fire. “Our top priority is the safety of customers, employees and communities, which is why we continue to enhance our wildfire mitigation efforts through grid hardening, situational awareness and enhanced operational practices.”

SoCal Edision said it submitted an initial Electric Safety Incident Report (ESIR) to the California Public Utilities Commission (CPUC) that indicates “circuit activity” occuring “close in time” to the reported time of the fire — around 2:45 p.m.

The ESIR reports are required for certain types of incidents. The report is intended to make the CPUC aware of the circuit activity so the agency can investigate.

Electrical equipment has been linked before to the ignition of destructive California wildfires, which spread quickly in strong winds. Wind gusts were at 20- to 30-mph in the Laguna Niguel area Wednesday.

Last year, the state Public Utilities Commission approved a settlement placing more than half a billion dollars in fines and penalties on Southern California Edison for its role in five wildfires in 2017 and 2018.