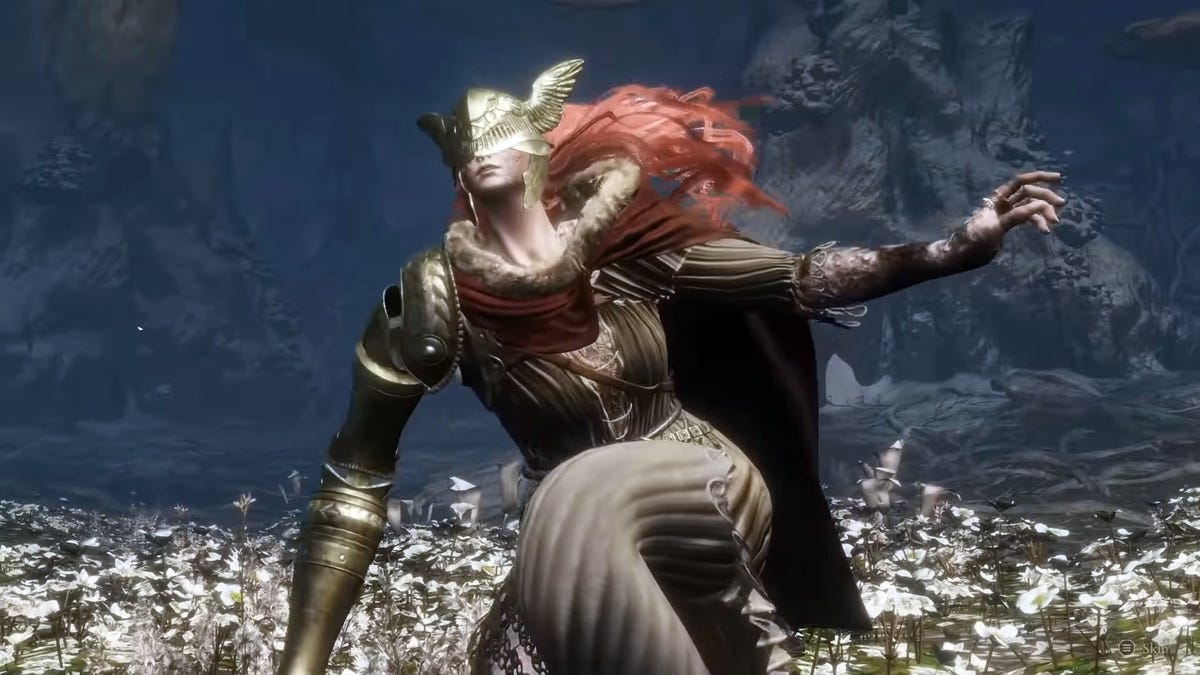 Despite Elden Ring’s notorious difficulty, folks are always looking for new challenges in the Lands Between. Malenia, a notoriously difficult late-game boss, has become a particular fixation for the community at large, especially after a nearly naked player became a celebrity by killing her skillfully. But now, fans are upping up the ante even further by adding unique restrictions to the fight against the illustrious redhead demigod. And while it’s been impressive to behold, the latest impressive Malenia challenge has also forced the player at the center of it all speak out against what he called an “elitist attitude.”

Next to the star-jerk Radahn, Malenia is probably the second most infamous Elden Ring boss for good reasons. She has this long katana that gives her tons of reach. She’s fast and unpredictable, making her a nuisance to fight. She also does hella damage and can one-tap you if you’re not careful. Oh, and in the game’s latest patch, FromSoftware accidentally broke her so that now she self-heals whenever she wants.

Even though Malenia’s hard, Reddit user Brian, who goes by borkyborkd on the forum site or mrBorkD on YouTube, wanted to make things harder. So to up the difficulty for himself, he limited his fight with the demigod to a level one Tarnished that can only use one single light attack. No combos. No spells. No blocking or dodging or jumping or rolling or anything—except running. That was allowed, but any other action—including healing—was off limits. It was a near replication of the fight that would ensue if you followed the rules of a recent meme that suggests you can’t do anything while fighting Malenia, even breathing, if you want to consider the win ‘legitimate.’

You’d think borkyborkd would be in for a thrashing with that kinda limitation. In actually, he walked out on top and, most shockingly, didn’t get hit once.

Armed with the big Commander’s Standard halberd, a dexterity and strength scaling weapon dropped by Commander O’Neil, and what appears to be the lightweight Aristocrat Hat helm and literally nothing else, borkyborkd’s level 1 Wretch poked Malenia to death like it 2000s Facebook. As she performed the deadly Waterfowl Dance weapon skill, he’d get a quick poke in. Even as she tried dodging him, he still managed to poke some health off. And borkyborkd did this for both of Malenia’s phases. Really, he made her look like a chump.

Because borkyborkd’s Malenia fight was so impressive, it quickly proliferated across r/EldenRing, the subreddit dedicated to FromSoft’s new hotness. A popular but now-locked post shared with the video mocked players who said things like “Malenia and other end-game bosses have little to no openings.” Essentially, the post and video were used as a cudgel to bludgeon the idea that beating Elden Ring’s boss fights are unfair and require some luck. Malenia’s fight in particular is considered by some to not have many “openings,” meaning small windows where she isn’t attacking, and on top of that, she’s pretty aggressive. Malenia has multiple moves that attack multiple times for tons of damage.

That means that for many players, it feels like they don’t have a chance against her. Therefore for the poster and several commenters, borkyborkd’s fight—which made short work of Malenia without any flourishes at all—was the epitome of “git gud,” the sentiment that you need skill to progress through Souls games. After all, if borkyborkd can effortlessly demolish Malenia with one type of attack, then either you can too or you must suck. At least, that’s the thinking implied here.

It’s true that borkyborkd is trained. Beating Malenia is an accomplishment in and of itself, but doing so under such restrictions is just mind-blowing. I’m jealous. But while he agreed with the general impression that he was skilled enough to beat Malenia under these self-imposed conditions, he wasn’t about the “elitist attitude” expressed in the various posts populating Reddit.

The phrasing “git gud” is a meme across various gaming communities but is referenced with particular frequency among fans of Souls games. There’s some merit behind the sentiment. Getting good—that is, learning the mechanics and studying a boss’ patterns—is vital to progression and completion. While some Souls fans contend the phrase started as genuine encouragement to those struggling with a challenging franchise, the more regular application of the phrase is used as a method to harass folks who are struggling with any game in any particular way. This “elitist attitude” is exactly what borkyborkd didn’t want his video to elicit.

“For a casual or average player, finding it hard to find/create the openings to attack Malenia is a perfectly understandable perspective as most people don’t dig deep into the boss AI and patterns, only possible by spending countless hours dissecting it through trial and error,” borkyborkd wrote in response to the “git gud” discourse. “It may be cocky to say, but from my perspective with as much experience on the boss as I have, knowing all of the bullshit she has to offer, neither them nor the people going ‘git gud’ in response or ‘you’re just bad’ know what they’re actually talking about.”

In direct messages with Kotaku, borkyborkd expounded on his opinion, saying harassing someone over the way the play is no way to enjoy games.

“I often see people putting struggling players down, or calling the things they’re struggling with easy,” borkyborkd said. “Everyone’s experience is different, and even if somebody says something wrong or doesn’t understand a boss, that’s no reason to harass them. I’m not saying all criticism of the game or its bosses are valid, nor that they’re all invalid (I have plenty of complaints, myself). Since my kill was used to justify a bad mentality, I feel the need to say it again. Just because it is possible to beat these bosses with high restrictions, does not automatically mean they are perfectly designed and that all complaints are invalid. Conversely, just because you’re struggling with something, doesn’t mean it’s bad or that you cannot overcome it.”

Borkyborkd said a big reason why he was able to beat Malenia so easily was that he’s had “well over 100+ hours of experience” fighting her before attempting this and then “another two days of figuring out a good strategy.” He also had several strength talismans aiding him, including the Blue Dancer Charm, the Red-Feathered Branchsword, and the Starscourge Heirloom. Despite this added assistance, the biggest benefit was the weapon of choice.

“While experimenting, I tried many weapons but none of them were viable,” borkyborkd said. “Right after hitting Malenia, she will often do a fast melee attack that has quite a bit of reach. Because of this, most weapons can’t escape it after attacking without jumping or rolling. That said, if you hit her from behind you can avoid it from closer, but that means giving up many chances to interrupt her and staying too close for Waterfowl Dance. Halberds hit a great sweet spot of range, speed, and stagger duration on Malenia.”

In the end, borkyborkd just wants folks to play games however they play them. Whether you equip the heaviest gear possible, cheese bosses for the win, or run around the Lands Between with just a jar on your head, borkyborkd’s hope is that everyone finds the right challenge for themselves.

“Blaming the game doesn’t get you anywhere, but neither does trashtalking others who do. Encourage instead of harass,” borkyborkd concluded.

Kotaku has reached out to the legendary hero Klein “Let Me Solo Her” Tsuboi for comment about the recent Malenia discourse.