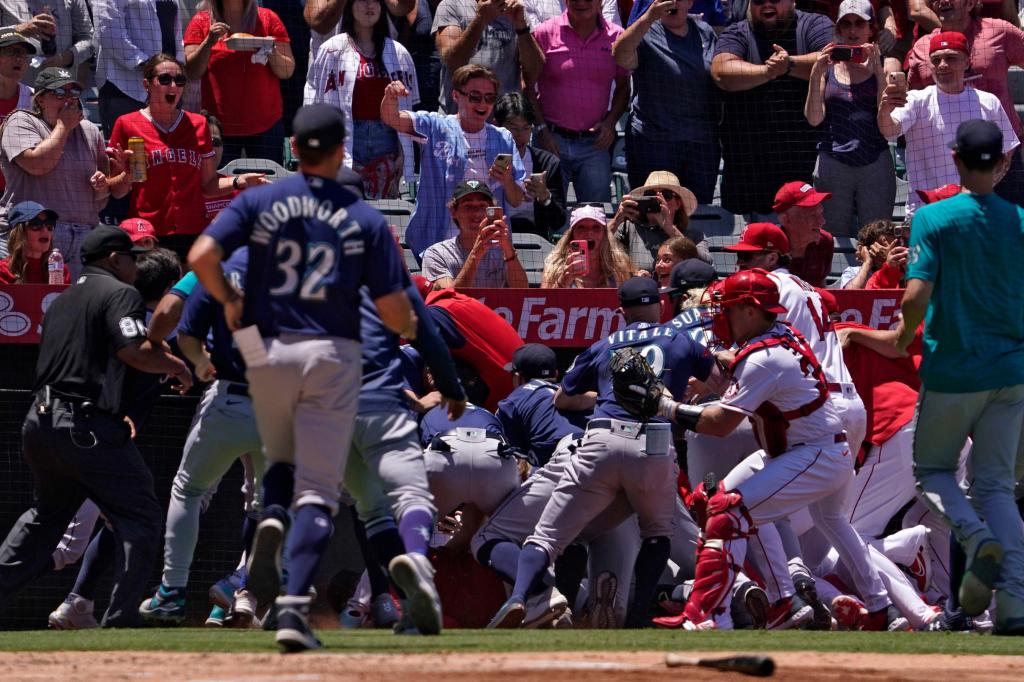 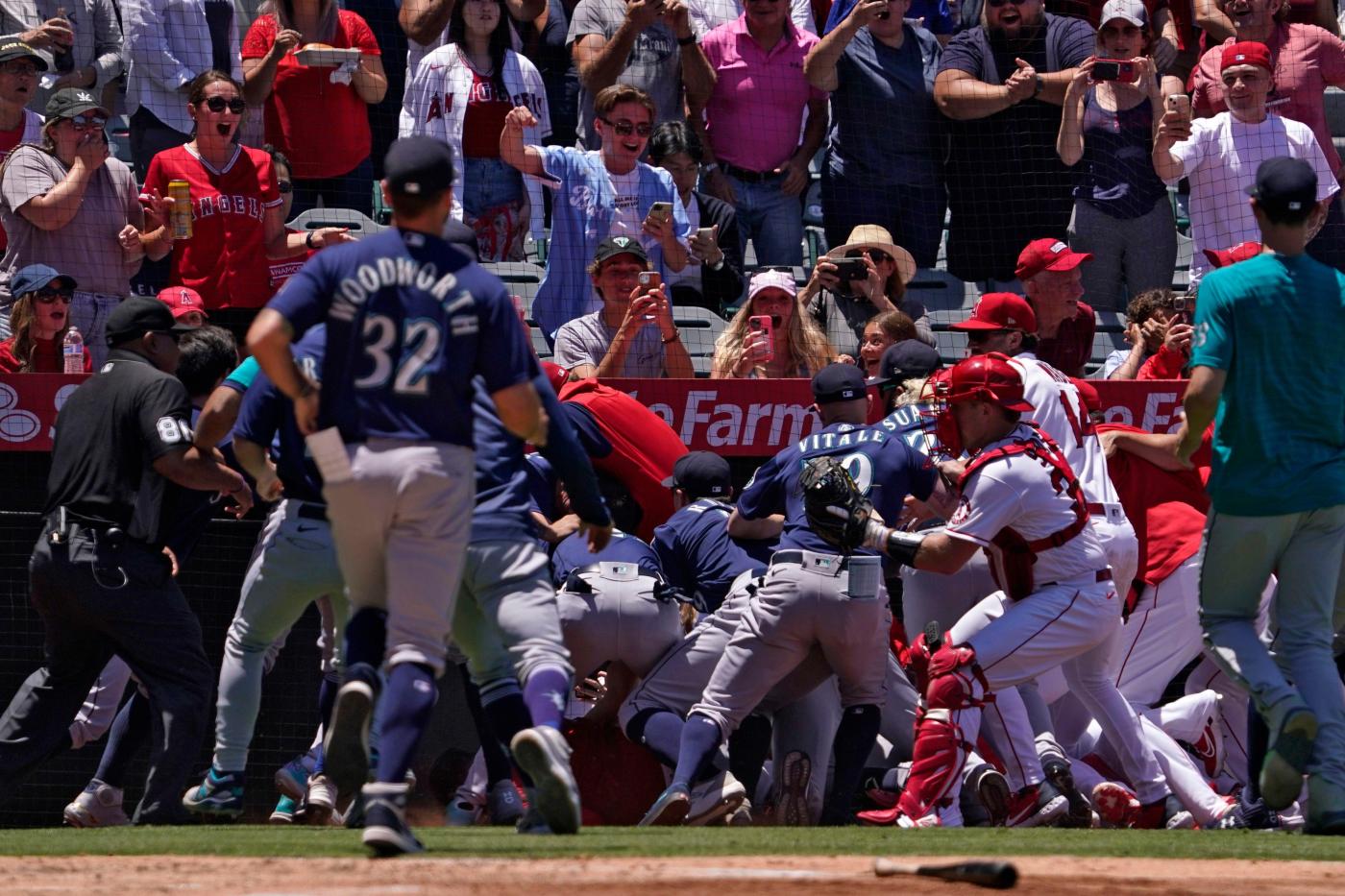 There was mayhem outside the Magic Kingdom on Sunday when the Angels and Mariners had a benches-clearing throw down in Anaheim.

The fun started in the second inning when Seattle’s Jesse Winker was plunked on the inning’s first pitch by Andrew Wantz.

The rest of the game occurred without incident and the Angels won, 2-1.