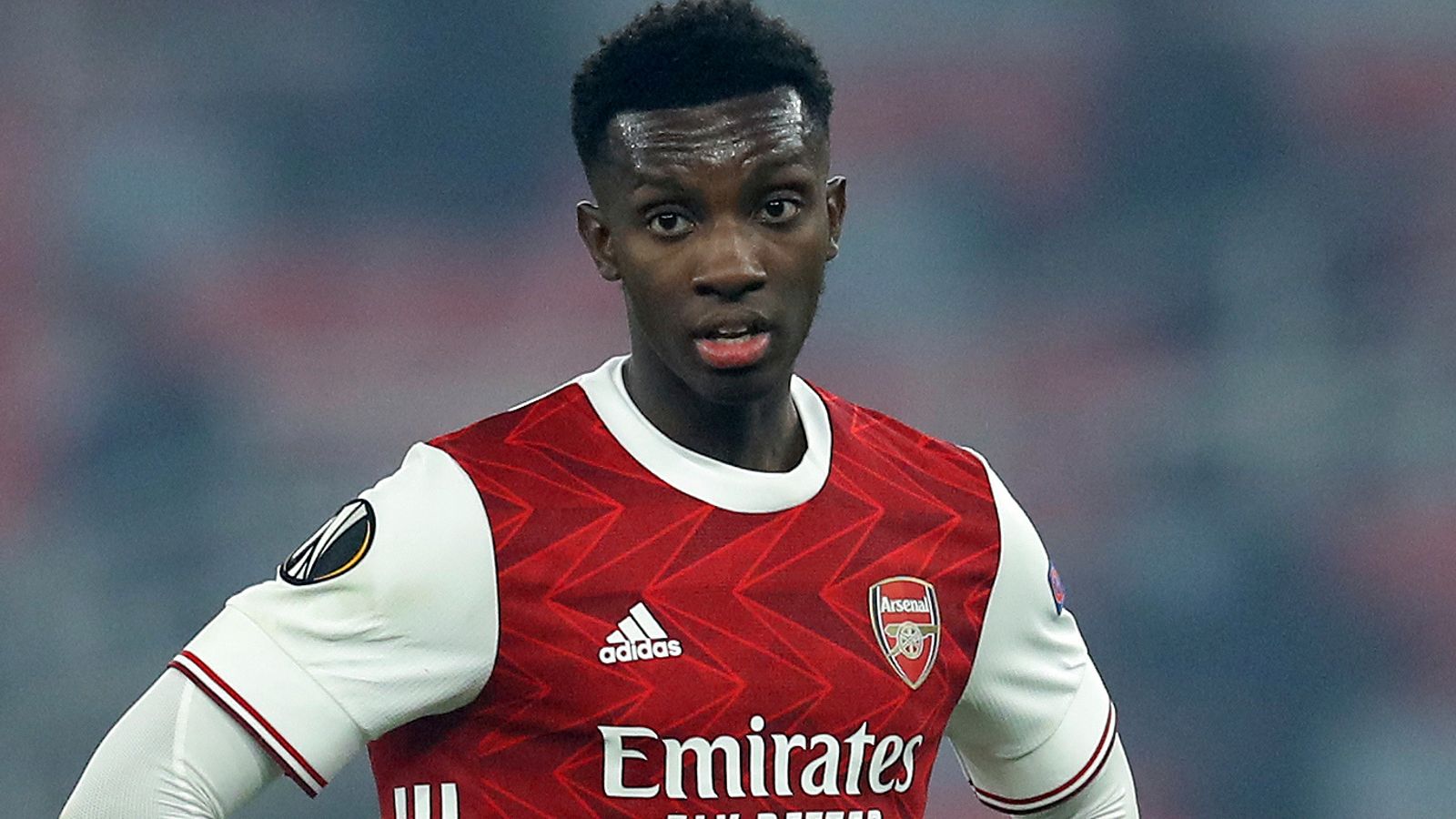 Nketiah, 21, was sent the racist message telling him to leave Arsenal in response to a training picture he posted on Twitter ahead of Arsenal’s Europa League tie against Benfica with the caption “Working with a smile!”.

High-profile players in both the men’s and women’s game have been victims of racial abuse on social media in recent weeks, while Premier League referee Mike Dean was subjected to death threats following a controversial decision.

The Premier League, FA, EFL, WSL, Women’s Championship, PFA, LMA, PGMOL and Kick It Out all co-signed a letter earlier this month to Twitter CEO Jack Dorsey and Facebook founder, chairman and CEO Mark Zuckerburg, asking them “for reasons of basic human decency” to use the power of their systems to end the abuse.

Facebook-owned Instagram announced new measures, including the removal of accounts to prevent abusive messages on its platform and developing new controls to help reduce the abuse people see.

Twitter has also given users greater control over their conversations including allowing users to choose who can reply to conversations they start.

Leno: I was told to ‘do it like Enke’

Bernd Leno says he stopped reading comments on social media after he was once told to copy Robert Enke, the former Germany goalkeeper who died by suicide in 2009.

“Of course I have a lot of experience with that, here and also in Germany. There was one thing that kept in my mind, it was crazy,” Leno told Sky Sports News.

“I had a very bad game and then one guy on social media said to me ‘do it like Enke’.

“Since I read this I realise that there are so many stupid people on social media. That is the reason I don’t read it even when everything is good. I don’t need that, it doesn’t make me better, it is wasting time.

“There are so many fake people that hide behind their computers to make you feel bad. Many times with racism, abuse to families, I don’t like it, I don’t read it. It affects your life, what is the point?”

Xhaka and other Premier League players were targeted during a month-long study as analysts aim to reveal the ‘true life identities’ of prolific abusers on social media.

Analysis by Signify, a data science company, has revealed 16 instances of targeted racist abuse towards Xhaka, including posts from accounts who ‘self-identify as Arsenal season-ticket holders’, in December last year.

Arsenal have told Sky Sports News they take the “strongest possible action” against any abuser that is linked directly to their season ticket or membership database.

In response to the report, an Arsenal spokesperson told Sky Sports News: “We all need to work together to drive online abuse out of our game and off our social networks.

“The effect on individuals can be very deep and we work closely with our players and staff to help them deal with the impact. This includes support from sports psychologists and our social media team.

“As a club, one of the biggest challenges we face is identifying the perpetrators and linking them directly to our season ticket or membership databases. When we do have that information, we take the strongest possible action. This includes reporting to the police and membership bans from our club.

“Ultimately we all have to work together to stop the abuse and we fully support the Premier League’s recent statement calling on social media platforms to take more action to prevent abuse appearing online, including requiring all users to be subject to a verification process.”

Sky Sports is committed to making skysports.com and our channels on social media platforms a place for comment and debate that is free of abuse, hate and profanity.

If you see a reply to Sky Sports posts and/or content with an expression of hate on the basis of race, colour, gender, nationality, ethnicity, disability, religion, sexuality, age or class please copy the URL to the hateful post or screengrab it and email us here.

Kick It Out reporting racism

Online Reporting Form | Kick It Out

Kick It Out is football’s equality and inclusion organisation – working throughout the football, educational and community sectors to challenge discrimination, encourage inclusive practices and campaign for positive change.

Is Tiger Woods at the 2021 Ryder Cup? Recovery ‘moving in right direction’ away from Team USA