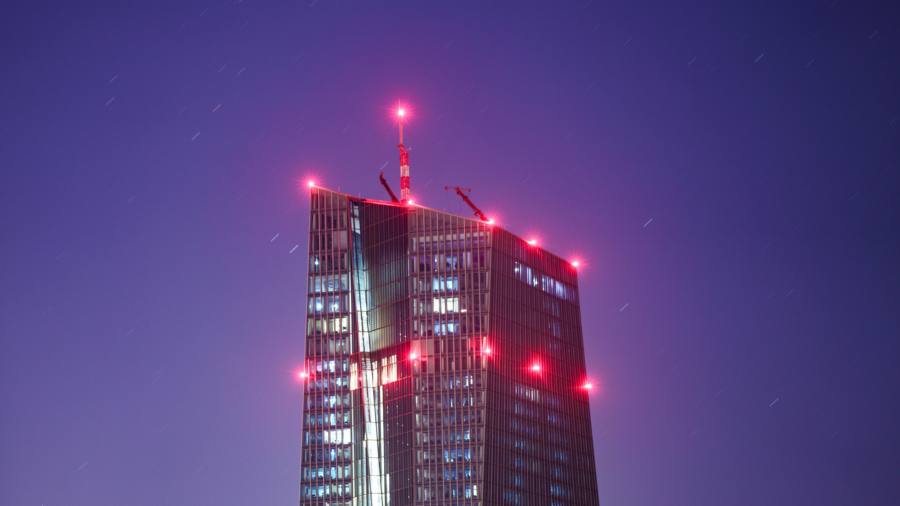 The European Central Bank is likely to raise interest rates by 0.75 percentage points next month ahead of a further move in December to a level that no longer stimulates economic growth, several of its policymakers said on Wednesday.

“We will do what we have to do, which is to continue hiking interest rates in the next several meetings,” ECB president Christine Lagarde told an Atlantic Council event in Frankfurt, adding that the bank’s “first destination” was to lift rates to the “neutral rate” that neither boosted nor restricted growth.

The ECB has raised its deposit rate at its past two meetings from minus 0.5 per cent to 0.75 per cent in an effort to tackle record eurozone inflation. But Lagarde said this level was still below the neutral rate, which officials have estimated is 1-2 per cent in the euro area.

Other members of the ECB’s rate-setting governing council also spoke out on Wednesday to say it could raise rates by 0.75 percentage points for a second consecutive meeting next month, followed by a further rise before the end of the year.

“There is a case for taking a decision on another significant rate hike, be it 75 or 50 basis points or something else,” Finnish central bank chief Olli Rehn, a moderate on the ECB council, told Reuters. “There’s a stronger case for front-loading and determined action.”

Eurozone government bond prices have fallen sharply this week on expectations that the ECB could raise its deposit rate higher than 3 per cent next year. Goldman Sachs has predicted two consecutive 0.75 percentage point rate rises in the final two meetings of this year.

But bond prices, which move inversely to yields, rallied on Wednesday with the rate-sensitive German two-year bond yield dropping below 2 per cent to as low as 1.9 per cent after Lagarde spoke.

The ECB defines price stability as inflation of 2 per cent, but price growth in the euro area is expected to rise to a new record of 9.7 per cent when September data is released on Friday.

Lagarde said inflation had been “more persistent and of a magnitude that nobody expected”.

There have been some worrying signs for the ECB recently. Hourly salaries increased 4.1 per cent in the eurozone in the second quarter from a year ago — the strongest surge in at least a decade. The central bank’s own survey of consumers in July found on average they expected inflation to be 7 per cent in a year’s time — up from 5 per cent in February.

Trade unions are also demanding much higher wages. IG Metall, Germany’s biggest union, has demanded an annual wage rise of 8 per cent for 3.8mn metal and electrical workers — among them many in the country’s huge car industry. In Austria, unions this month demanded a 10.6 per cent wage increase for the nation’s 200,000 metal workers.