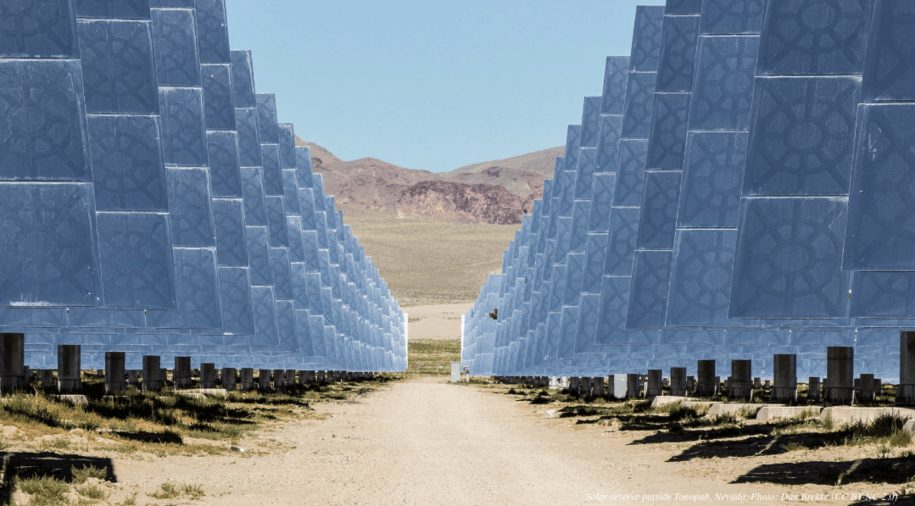 West Virginia Sen. Joe Manchin III, now the chairman of the Senate Energy and Natural Resources Committee, has drafted legislation to replace traditional jobs in states like his that have a history of reliance on fossil fuels. He’s been working with Michigan’s Sen. Debbie Stabenow to pass the bill—48C Tax Credits. If it does pass, it will reinstate tax credits for manufacturers and redirect $4 billion to American coal fields to produce new jobs. “West Virginia,” Manchin said, “feels like the returning Vietnam Veterans—we’ve done every tough, dirty job you’ve ever wanted to be done to build our country to defend us in any war or any aggression. We’ve done it all. Never complained. Now we’re not good enough, clean enough, or green enough, so throw us to the side. By God, we’re not going to take it, and I can’t have it so now you get them talking how do we reinvigorate.”  Whether it’s wind, solar, or hydrogen, Manchin added, green jobs should go to coal miners displaced by the transformation of the economy. “So that’s what we’re redirecting. That’s what you’re seeing happening and I’m going to make sure we’re on top of that so I said a coal miner would build you the best damn windmill you’ve ever seen. We’ll build you the best damn solar panel you’ve ever seen, and it will be better than anyone ever built just give us a chance.”

ANALYSIS: BY 2030 SOLAR WILL BE CHEAPEST SOURCE OF ELECTRICITY EVERYWHERE IN THE U.S.

A newly released study by the energy, chemicals, and mining consultancy Wood-Mackenzie—Total Eclipse:  How falling costs will secure solar’s dominance in power—asserts that within a decade solar will be the cheapest U.S. source of electricity and its prevalence around the planet will boost electrical generation by all renewables from today’s 10% to 30%. Ravi Manghani, the chief of solar research at WoodMac, writes:

Based solely on the technological improvements already in the early to mid-stage commercial pipeline and taking into account the likely phase-out of subsidies, Wood Mackenzie expects solar costs to fall another 15% to 25% over the next decade. […]

Cost reductions have taken utility-scale solar to an important pivot point: though it is still evolving from a “subsidised” technology, it already gives traditional forms of power generation a run for their money when it comes to cost. In the US, for example, solar is now less expensive than all other forms of new power supply in 16 states. By 2030, we expect it to be the lowest-cost source of new generation in all US states.

It’s important to note, as Emma Foehringer Merchant at Green Tech Media does, that the fall in costs is owed at least in part to government support through the Sunshot program modeled after the moonshot and launched in 2011 in the Obama administration to “reduce the costs of solar energy and re-establish U.S. global leadership” in solar. It reached one of its goals three years ahead of schedule when the cost of U.S. utility-scale solar fell under $1 per watt in 2017. Under Donald Trump, Sunshot was given short shrift but solar costs continued to fall anyway. Making solar, wind, and other renewables even more inviting to investors will require an upgrading of the nation’s outdated electrical transmission grid and the addition of energy storage with batteries and other technologies that allow solar energy to be useful even when the sun doesn’t shine. While constructing vast amounts of energy storage for renewables has been talked about seriously for more than a decade, only now it is becoming a key component of bidding for major solar and wind projects. The Renewable Energy Buyers Association, which includes some of the biggest U.S. corporations including Google and Apple, see three priorities ahead for the Biden-Harris administration when it comes to boosting this transformation away from fossil fuels: expanding and enhancing the wholesale energy market; harmonizing and updating the state-by-state policy patchwork of policies on clean energy procurement; and moving federal research and development projects from the lab to the commercial market.

A study conducted by the Lawrence Berkeley National Laboratory and the San Francisco-based firm Evolved Energy Research and published in January in the AGU Advances peer-reviewed journal says the drop in carbon dioxide emissions over the next 30 years will mean that energy spending will take up a smaller portion of gross domestic product than it has in half a century. According to the study—Carbon‐Neutral Pathways for the United States—in all the models of various pathways used by the researchers, U.S. energy needs could be had at a net cost of 0.2–1.2% of GDP in 2050 “using only commercial or near‐commercial technologies, and requiring no early retirement of existing infrastructure.” Historically, U.S. energy costs since 1970 range from 5.5% to 13% of GDP. “States can reach zero emissions without requiring changes to behavior,” according to the study. “Cost is about $1 per person per day, not counting climate benefits; this is significantly less than estimates from a few years ago because of recent technology progress.” Models requiring limits on consumer behavior, land use, and technology choices such as no nuclear still met the lower share of GDP target, but at higher cost. Each of the pathways the researchers modeled included energy efficiency, decarbonized electricity, electrification, and carbon capture. Most of the spending for the transformation away from fossil fuels would go for new infrastructure, such as transmission lines and solar farms, but the researchers did not suggest how this would be paid for. Ryan Jones, co-founder of Evolved Energy Research and a co-author of the study, told Miranda Wilson at EnergyWire, “Cost is not the real barrier here. It’s really about the political economy and the know-how to organize this transition, which will be very challenging in a lot of ways but less challenging economically than people have envisioned in the past.”

FELLOWS OF THE CALIFORNIA CLIMATE ACTION CORPS BEGIN THEIR SERVICE

The same day Joe Biden and Kamala Harris took the oath of office nearly two weeks ago, 63 of the fellows of the California Climate Action Corps, the first such grou in the nation, were also sworn in.  Having completed two weeks of orientation, they will spend the next eight months working on projects like urban tree planting, wildfire resilience, and food sensibility in vulnerable communities. Democratic Gov. Gavin Newsom said, “I am thankful to the Californians who have recognized the urgency of this moment and joined our inaugural climate corps. This group will galvanize others in this collective cause that should unite each and every one of us, not only across the state, but around the globe.” In an executive order on “Climate Day” last week, President Biden announced the formation of a Civilian Climate Corps, modeled in part after the New Deal’s popular Civilian Conservation Corps. of the 1930s in which 3 million out-of-work young men worked for $1 a day planting 3.5 billion trees, developing national and state parks, cutting trails and building park shelters, fighting forest fires, floods, and soil erosion, and engaging in wildlife projects. In an interview with Avery Ellfeldt, Josh Fryday, California’s chief service officer, said the CCAC program was created with the hope that other states and the federal government might use it as a model. “We are empowering communities with resources for them to take climate action themselves.” “That’s the model we are building out in California, and we absolutely think it can and should be a model for the country.” The fellows will receive o $22,000 living stipend and a $10,000 scholarship that can be used for future education or to pay off existing student loans.

Judge Brian Morris, chief judge for the U.S. District Court for the District of Montana, on Monday vacated the Trump regime’s rule that restricted which scientific studies the Environmental Protection Agency can use when it imposes public health protections and other environmental protections. The rule, put in place just as Donald Trump was exiting the White House, was designed to alter the way the EPA has derived regulations for 50 years. Implemented, it would have required the agency to give less weight to studies that use medical data regarding human subjects without revealing underlying information, including in dose-response studies. Foes of the change said it could undermine use of major health studies that keep some data secret legitimate reasons including patients’ privacy. Morris, an Obama appointee, ruled that the EPA could only make procedural not substantive changes in promulgating the rule, and that the changes approved had been substantive in nature.

OTHER MATERIAL TO READ