Dungeons & Dragons Will Return to Dragonlance and Spelljammer This Year 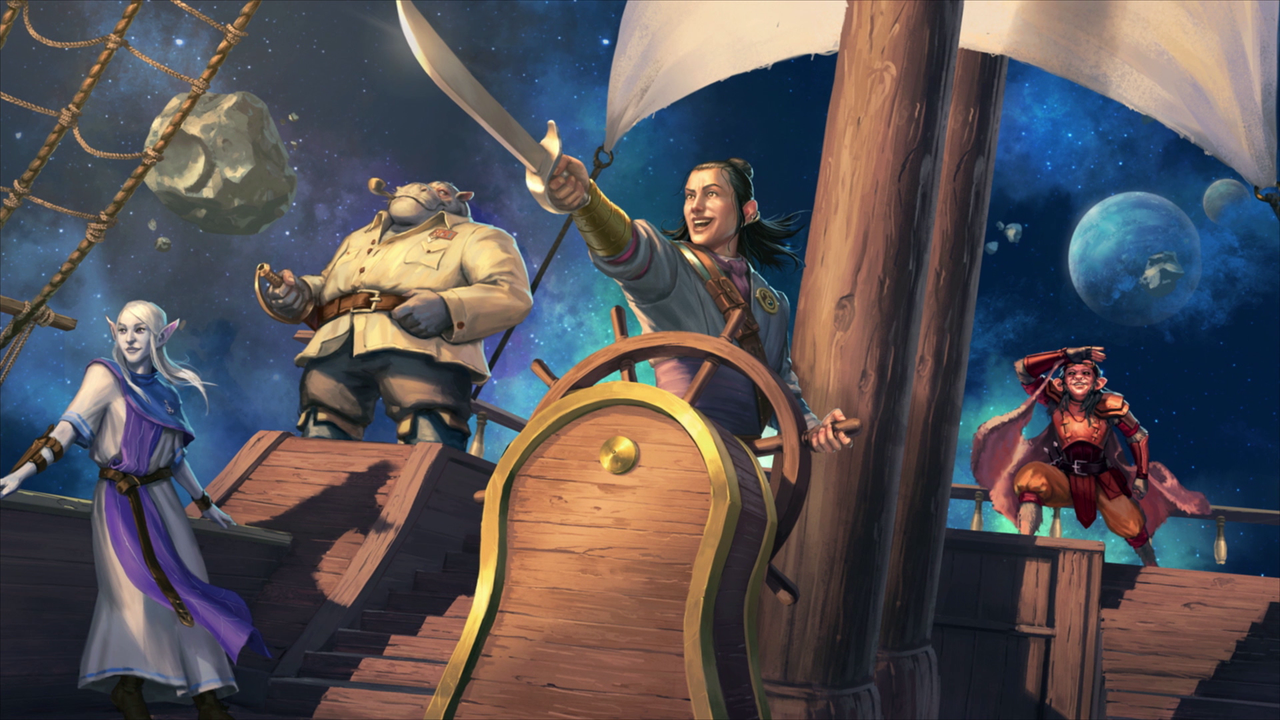 Wizards of the Coast have announced that this year’s remaining Dungeons & Dragons releases will include the return of two of the TTRPG’s most beloved settings: Dragonlance and Spelljammer.

Announced as part of today’s D&D Direct, this summer will see the return of sailing through the ether in Spelljammer: Adventures in Space. This new campaign setting will be introduced via three books, which can be bought together as a collection in a slipcase with a DM screen and map.

“The defining setting for D&D is the multiverse and all of the worlds in it,” said Chris Perkins, one of D&D’s Lead Designers. “What [Spelljammer] does is it lets you not only travel from world to world but also explore the space between the worlds of Dungeons & Dragons.”

The books include the Astral Adventurer’s Guide, which includes vital source materials for both players and dungeon masters. Most important of those materials are the six new playable races: the Astral Elves, the robotic Auto Gnomes, the Hadozee (flying monkeys), the Giff (hippofolk), the Plasmoids (shapeshifting ooze), and the insectoid Thri-kreen.

Alongside the Astral guide is Boo’s Astral Menagerie, named after the miniature giant space hamster of Baldur’s Gate fame. This is a bestiary of Spelljammer’s many new monsters, including vampirates, space clowns, and solar and lunar dragons.

The final Spelljammer book is the Light of Xaryxis, a campaign book that features 12 episodes, each of which ends on a cliffhanger. Chaining these together will tell the full story of this return to the beloved Spelljammer setting.

“Spelljammer is very near and dear to my heart,” Perkins says, reminiscing about a Spelljammer campaign he ran for five years in the mid-90s inspired by Star Trek: TNG (at the height of its popularity). “Memories of those games are still lodged in my psyche – it’s such a fun setting, and I’ve always wanted to be able to bring it back in the current iteration of the rules so that other people can have that same joyous experience.”

While the Spelljammer announcement was the most detailed, arguably the most exciting reveal is the official announcement that Dragonlance is returning to D&D. While little was shown during the presentation apart from an animated trailer that revealed two planned Dragonlance products, a Q&A following the event with D&D’s Executive Producer Ray Winninger provided plenty of details on what we can expect from the revival of the classic setting.

The tabletop sourcebook, which is set to drop later this year—alongside a “tabletop battle game” called Warriors of Krynn—will contain both an adventure module titled Shadow of the Dragon Queen and a setting guide, similar to recent D&D books like the MTG crossover Strixhaven: A Curriculum of Chaos or 2019’s Eberron: Rising From the Last War. “One of the things that we’ve been talking about a lot in the studio,” Winninger says, “is that sometimes the best way to introduce a new – or unfamiliar – setting to players is through a story or campaign.”

The story of the campaign will take place alongside events of novels like The Dragonlance Chronicles, covering the in-world saga known as The War of the Lance, with characters from the books appearing throughout (including, apparently, one of the series’ main villains). It will also venture into less-explored regions of the fantasy world of Krynn like the southern continent of Ansalon along with “a few” recognizable locations.

“Don’t think of it as an ‘untold chapter’ for the familiar protagonists from the novels,” Winninger said, “it’s a brand-new Dragonlance story.” Though he was also quick to assert that it doesn’t erase the history of the series either. “This is not a reboot of the setting, it doesn’t invalidate or change any of the previous Dragonlance stories. It doesn’t throw any of that away—it adds details around the edges and builds upon them.”

“We don’t want to go overboard, but we want to show that there’s a lot of range…”

Releasing alongside the new RPG book is Warriors of Krynn, a more traditional board game that focuses on the large-scale military battles taking place during the War of the Lance. “One of the original 12 Dragonlance modules was actually a war game,” Winninger says. “It asked you to stop your RPG experience and start playing a war game for a bit, so in the spirit of that… we’re releasing this battle game.”

He explains that Warriors is a cooperative game designed “in the style of the Euro board games that are very popular today.” It seems as though it will also serve as a companion to the 5e module, so that if and /or when a party engages in one of these massive battles, they have the option to import their characters into Warriors of Krynn to see how they fare in full-scale war. Winninger insists that doing so is “entirely optional,” of course, and that the Dragon Queen sourcebook will also have more abstract rules for resolving the historic fights.

The new Dragonlance products are scheduled for release in “late 2022,” while Spelljammer: Adventures in Space will release August 16 (along with a collection of new Spelljammer Wizkids figurines). The D&D Direct also showed off Journeys Through the Radiant Citadel, and revealed the full title and release date of the upcoming Dungeons & Dragons movie.

“There’s a lot of variety, a lot of different kinds of D&D,” says Perkins. “Part of that is a reflection of where we are now in the game, in the edition. We don’t want to go overboard, but we want to show that there’s a lot of range with this game … We’re trying a whole bunch of experimental things and we just hope that the fans really delight on it and that that will spur more creative directions down the road.”

For more D&D, check out our interview with the director of Baldur’s Gate 3, and this massive dragon ‘miniature’ for use on the tabletop.

Matt Purslow is IGN’s UK News and Features Editor, and JR is a Senior Producer for IGN US.