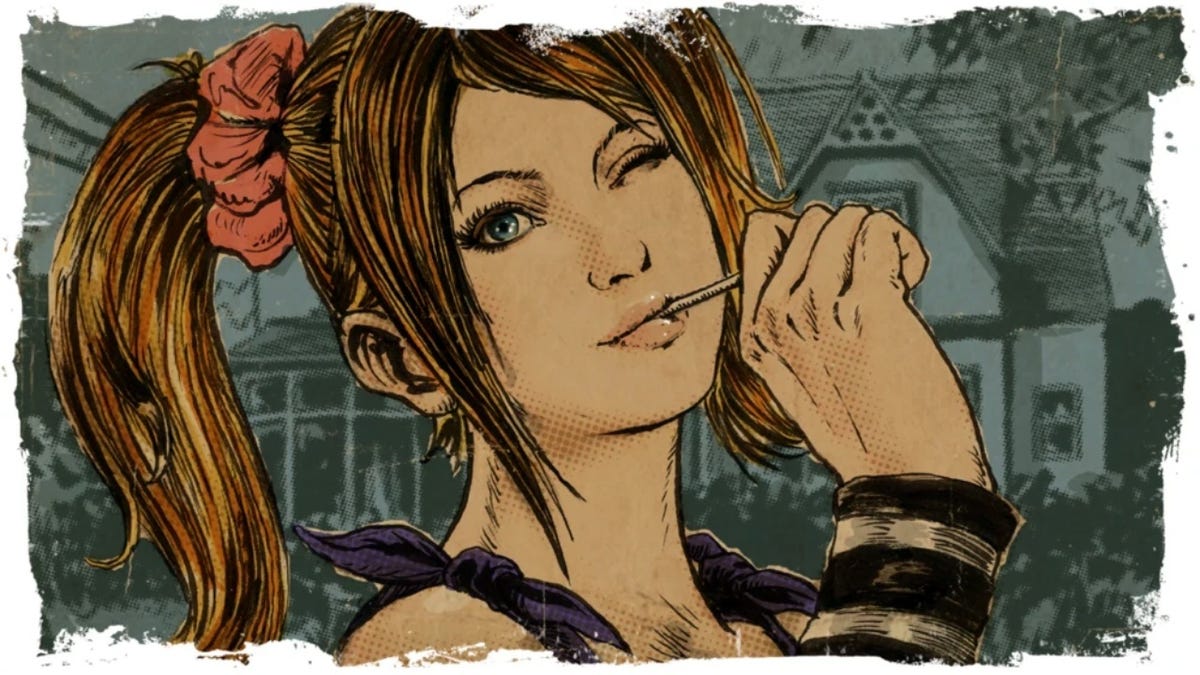 Hold onto your butts, because a remake of Suda51’s 2012 cult classic hack-and-slash zombie game, Lollipop Chainsaw, has been announced.

After initially causing some confusion last month, today the original game’s executive producer Yoshimi Yasuda has confirmed that the fondly remembered PS3/360 game is getting the remake treatment, due to be released in 2023.

Last month, during the game’s 10th anniversary celebration, Yasuda teased that “Lollipop Chainsaw is back” on his Twitter account. He added that the new game would be coming from the newly formed game studio, Dragami Games, of which he serves as the president and CEO, rather than from the game’s original developer, Grasshopper Manufacture. However, he didn’t make clear what this would be, leading to a lot of people assuming it would be a sequel.

Today, Yasuda clarified that in fact a remake is in the works.

Yasuda said that the remake will be handled by the game’s original developers and the staff at Dragami Games, while noting that some elements from the original game will be different in the remake. For example, due to licensing issues the remake’s soundtrack will have new music while you’re mowing down hordes of zombies. Although no information has been shared as to which platforms the remake will be available on, Yasuda said that the development team will be “taking a more realistic approach to the graphics this time,” thanks to the higher specifications of current consoles in comparison to 2012’s PlayStation 3 and Xbox 360.

Prime content
Add Showtime, Starz, Paramount+, Discovery, and more to your Prime Video account for less than $1 each for the first two months of your subscription.

“We, the original development staff on Lollipop Chainsaw, think of the game as very precious to us, and did not want to leave it in limbo, where players who want to play it cannot,” Yasuda said in his statement. “As such, we purchased the Lollipop Chainsaw intellectual property from Kadokawa Games, and decided to develop a remake. We have already contacted Warner Bros. about development, and are being supported by them in this endeavor.”

Lollipop Chainsaw follows Juliet Starling, an American cheerleader hailing from a family of zombie hunters. With the help of her newly decapitated boyfriend, Nick (don’t ask), Juliet battles hordes of zombies with her trusty chainsaw, in search for the truth behind the outbreak at her high school. To make matters worse, the undead apocalypse totally overshadowed Juliet’s birthday. Bummer.

Lollipop Chainsaw garnered mixed reviews, with Kotaku’s noting that the game’s highlights included its inventive boss battles and awesome chainsaw combo moves. Its lowlights were that its humor dipped into “regular old stupidity” and that it had “strange game design ideas.”

Fun fact: Lollipop Chainsaw’s script was co-written by Guardians of the Galaxy and The Suicide Squad director James Gunn (alongside Suda51), and put the popular cosplayer Jessica Nigri on the map as the game’s official cosplayer for Juliet Starling.