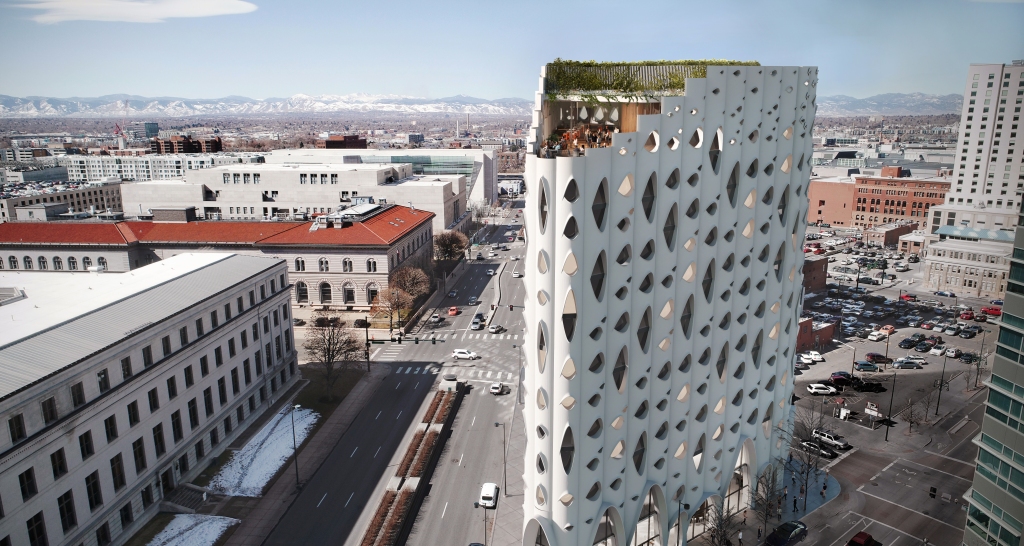 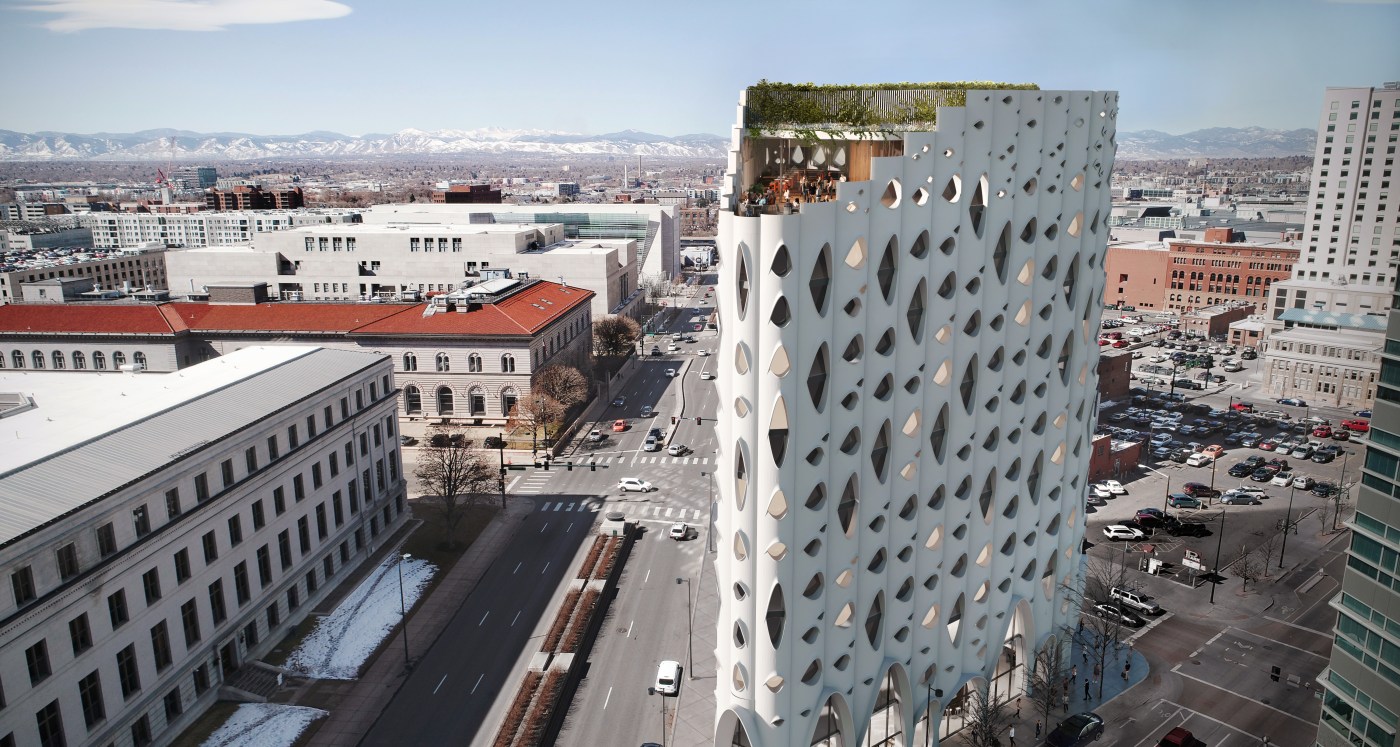 A Denver-based developer used Earth Day to announce that a new hotel downtown will be “carbon positive.” The developer will account for and offset the carbon emissions from the materials used, the transport of the materials and the building’s operation.

Grant McCargo, CEO and chief environmental officer of Urban Villages, and Jon Buerge, chief development officer and partner, said before Friday’s announcement that they believe the Populus, which will be adjacent to Denver’s Civic Center Park, will be the first hotel of its kind in the U.S.

“There couldn’t be a more fittingly appropriate day for what we’re calling a carbon-positive hotel,” McCargo said.

The terms “carbon neutral” and “net zero” are more commonly used when talking about trying to reduce and offset emissions from produced by buildings. Carbon positive can mean going beyond cutting emissions to produce environmental benefits, such as producing more renewable energy than the one building can use.

“Carbon positive means the total lifecycle of the building is offset versus just the operating of it,” McCargo said. “I hope this project will cause a lot of stir.”

Buildings are responsible for 40% of global greenhouse-gas emissions, according to Colorado-based RMI, a research and consulting firm focused on energy efficiency and sustainability.

The location and look of the building will also be attention-getting. The 265-room,13-story building on a corner at 14th Street and Colfax Avenue will be triangle-shaped and its outside design will evoke the aspen trees that make for some of Colorado’s most scenic vistas. It’s scheduled to open in late 2023.

The hotel’s name, Populus, comes from the scientific name for quaking aspen: Populus tremuloides. The firm Studio Gang is the architect on the project.

McCargo said Studio Gang looks to nature as a model for design and is a leader in making a building’s carbon footprint as light as possible.

On its website, the architectural firm says the design for the shape of the hotel’s windows are like the characteristic patterns on aspen trees. “As the trees grow, they shed their lower branches, leaving behind dark, eye-shaped marks on the papery bark of their trunks.”

The exterior “lids” of each window stretch outward according to the position of the sun to shade the interior and they channel rainwater to keep the facade looking fresh. The $100 million-plus hotel will be Studio Gang’s first project in Colorado, according to Urban Villages.

The developers considered using laminated timber to build the hotel, but there were complications. McCargo said Urban Villages will use recycled material, low-carbon concrete mixes and fewer finish materials.

The effort to avoid and reduce emissions will include calculating the carbon produced from transporting materials. McCargo said Urban Villages will work with third parties to verify the calculations. It will partner with Boulder-based Stok to offset its carbon emissions by planting about 5,000 acres of trees in strategically important areas.

“We’ve deforested a lot of the rain forests. Wildfires in the West have reduced our forest coverage,” McCargo said. “One of the best things we can do for the planet is to plant trees.”

“Once it’s open, every time you check into the hotel we’re going to charge a little extra per night. And we’ll be upfront about with the guests that we’re going to do that,” McCargo said.

The hotel’s architecture won’t be conducive to solar panels, but the developer plans to purchase renewable energy to run the building. One possibility is subscribing to a community solar garden.

Climate change is one thing. What about building a new hotel as the hospitality industry is still wrestling with the economic woes wrought by the coronavirus pandemic?

McCargo acknowledged that business travel is still lagging. A new report by the American Hotel and Lodging Association and Kalibri Labs said U.S. hotel business travel revenue this year is projected to be 23% below pre-pandemic levels. The forecast for Colorado is 21.5% lower than levels in 2019.

However, McCargo said the travel and leisure side of the business is up. He believes Populus’ location near the museums, the Colorado Convention Center and the core downtown business area will be a big plus. He expects the hotel to become a community gathering place. It will have a rooftop restaurant and bar as well as a ground-floor restaurant and coffee shop.

There are new projects in the neighboring Golden Triangle, adding to the area’s energy, McCargo said.

“Not many hotels are being built right now because COVID made it very difficult,” he said. “That is sometimes an opportunity to go in, when the market is challenging, and do something new and special and unique.”