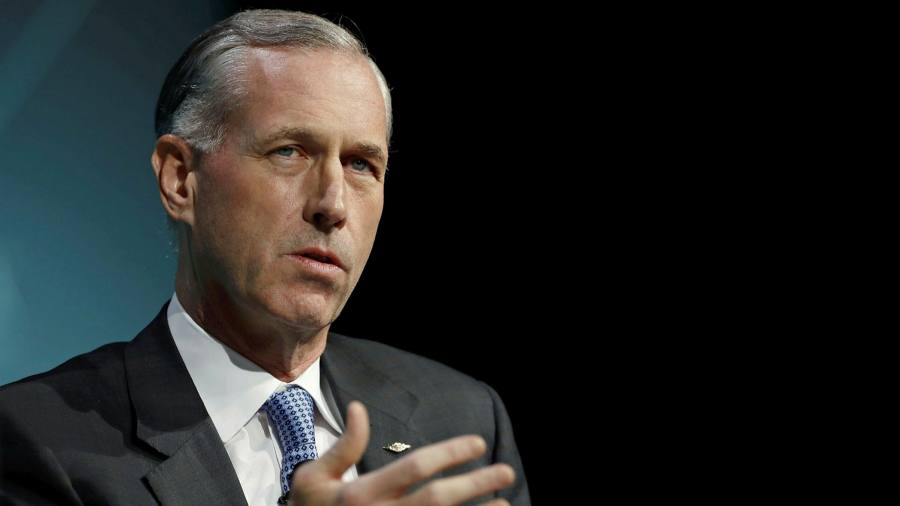 The Biden administration should seize on the failure of Texas’s power grid to push for a far-reaching infrastructure bill to reinvigorate ailing networks across the US, according to the chief executive of chemicals giant Dow.

“I think this is a little bit like the pandemic: you don’t waste the crisis, you use this to drill in,” Jim Fitterling told the Financial Times in an interview underscoring the US business community’s impatience for long-promised upgrades to the country’s infrastructure.

A blast of Arctic weather that swept through Texas last week overwhelmed the state’s power producers, leaving millions of people to face bitterly cold temperatures without heat and electricity.

The fallout underlined the need for national infrastructure spending, said Fitterling, whose company was forced to take chemical plants in Texas offline during the storm.

Despite promises from both parties in Washington, gridlock in Congress has prevented any meaningful federal spending on the country’s infrastructure. But Fitterling said the politics of the matter had now shifted.

“The reason I keep pushing for an infrastructure bill from this administration is we need reinvestment in the electricity grid,” he said.

“Our electric grid is old and although there have been a lot of investments in alternative energy there hasn’t been a fundamental build to a better level of the electricity grid infrastructure and that’s going to need to happen. So, we’re going to have to get our heads together.”

Joe Biden has proposed spending $2tn on bolstering green energy and infrastructure in America. The president’s plan calls for a sweeping overhaul of America’s “crumbling transportation infrastructure” from roads and bridges to railways and waterways. He also wants to expand broadband connectivity to every American home.

Details of the infrastructure bill, still being hashed out, are expected to come after the president’s $1.9tn stimulus package, aimed at tackling the fallout from the pandemic, is passed.

There was plenty of private capital available to invest in infrastructure projects, Fitterling said, “but you have to make them investable” with sufficient incentives.

“We need to find a way to enable public-private partnerships to make it happen. I don’t think you can think that the governments themselves can foot the bill on it. They’ve been really stretched and challenged with Covid,” he said.

Under the infrastructure plan promised during Biden’s election campaign, any boost in federal spending would be financed in part by higher taxation on business and wealthy individuals. Janet Yellen, the US Treasury secretary said last week that the tax hikes would be phased in over time.

“The details haven’t yet been decided,” she told CNBC, referring to the infrastructure proposals. “Part of the package — the parts that will be permanent — will be paid for in order to not raise long-term deficits. But we are still working on the details of the package.”

Dow, previously the material science division of conglomerate DowDuPont, was spun out as a separate entity in April 2019. It has identified infrastructure investments ranging from modernised electrical grids to 5G wireless networks as among the areas most likely to drive its growth.