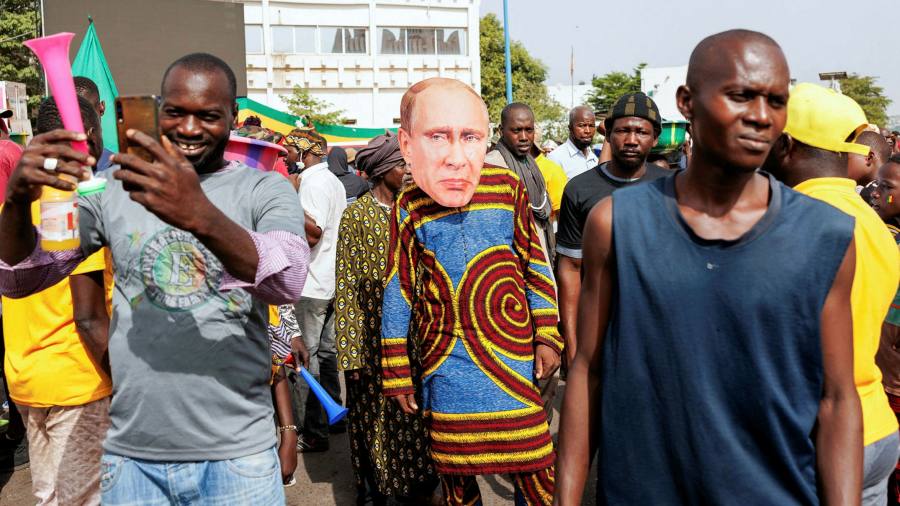 Yes, I had seen The Buddha of Suburbia, in which white English couples fall for the fake mysticism of a bluffing “guru” in Bromley. I had read Paul Theroux on the power of the African continent to “bewitch the credulous”. It was not until later, though, as a working and dating adult, that I saw up close (and profited from) the western romanticisation of — now, what shall we call it?

“Third world” is rude. “Developing world” implies that all countries have the same teleological destiny. “Global south”, though it will have to do, is a geographic nonsense, encompassing as it does the northern hemisphere’s India and Middle East. In the end, the name of the place is less the issue here than the goodwill, the moral benefit of the doubt, that it tends to get from rich-world liberals.

Or, at least, used to get. No event this century has done as much as the Ukraine war to expose the difference in outlook between the west and — another phrase that doesn’t fit — the “rest”. Anglosphere, European and Japanese sanctions should not be mistaken for a truly global front against Vladimir Putin. In the latest Democracy Perception Index, an international survey, Russia retains a net positive reputation in Egypt, Vietnam, India and other countries that arouse fuzzy feelings in a certain kind of western breast. As for Morocco, another staple of the gap-year trail, Ukraine recalled its ambassador in March after failing to extract enough support from it. Pro-Russia protests have flared up in west and central Africa.

All of this is well within the prerogative of what are, after all, sovereign countries. Nor is it all that hard to account for. Some of it stems from their resentment of the west’s own record of conquest, from Robert Clive to the younger George Bush. The rest reflects cold national interest, and there is no disgrace there. Russia is a valuable patron.

But if these nations are free to reach judgments of their own, so is the west. It might respond to the present crisis by shedding its sentimental illusions about (yet a fifth term for it) the “majority world”.

I know this sentimentality as only a frequent beneficiary of it could. The harmless side of it is a kind of cultural dabbling: the half-understood eastern fads, the “challenging” holidays instead of Antibes again. But it can very quickly go from there to the soft racism of holding non-white nations to a lower moral standard.

I cannot be alone in knowing someone who boycotted the US during the Trump years while visiting semi-democracies and gay-criminalising kingdoms with a cloudless conscience. In the aftermath of empire, it made sense to attribute special virtue to recently subjugated peoples, even if VS Naipaul saw through it. To keep it up forever starts to look like its own kind of paternalism.

With luck, the war will be a clarifying moment. Decolonisation, apartheid, Live Aid, Drop the Debt: western liberals have been able to live a human lifetime without going against the global south on a large moral question. (The denialism about Aids in Africa around the turn of the millennium is the nearest thing to an exception.)

The past few months have ended that convenient run. To stand up for Ukraine now, one must be willing to knock the halo off a lot of countries. It means wading against half a century of postcolonial theory about where moral authority lies in the world. It is easy, and right, to implore the likes of France and Germany to do more for Ukraine. It is more transgressive to suggest that poorer nations are being cavalier in their attitude to the global order or selective in their opposition to imperialism.

But transgress we must. It is the truest egalitarianism. The ongoing project to find a collective name for poorer countries shows how sensitivities have got in the way of truth and plain-speaking. That this is a nuisance for the west hardly needs saying. The larger point is that the global south loses, too, by way of infantilisation. Nothing is as first-world as being treated as a grown-up.