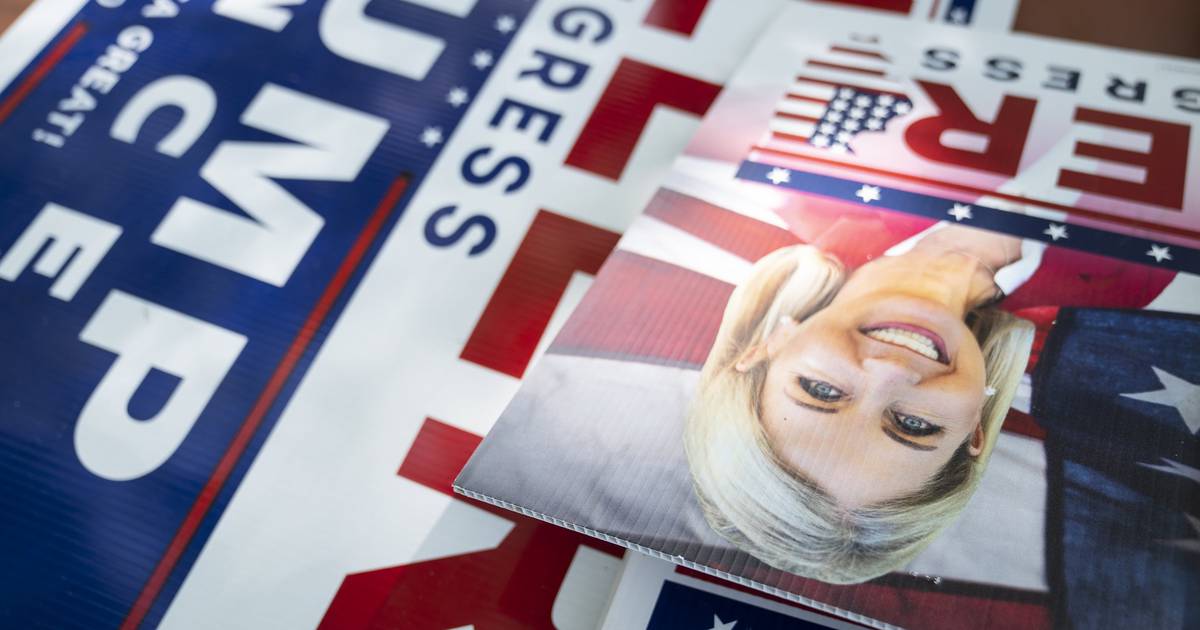 President Donald Trump four years ago hosted a late campaign rally in southern Illinois to endorse a Republican congressman. Sitting on bleachers behind the stage was Illinois’ then-governor, hoping to get a mention to boost his reelection bid and shore up support from the conservative GOP base.

In the end, one-term Gov. Bruce Rauner, who had been loath to even utter Trump’s name until his political fate was in jeopardy, got nothing — not a chance to appear onstage, not even a presidential shoutout. He lost to Democrat J.B. Pritzker days later.

On Saturday, Trump comes to far west-central Illinois for a late primary campaign stop to support another incumbent, first-term U.S. Rep. Mary Miller of Oakland. And, another GOP governor candidate will be waiting in the wings. But unlike Rauner, state Sen. Darren Bailey of Xenia has been a vocal Trump supporter and has actively courted his backing.

A Trump endorsement of Bailey at the Adams County Fairgrounds outside Quincy could persuade primary voters Tuesday to select Bailey as the GOP nominee for governor to challenge Pritzker in the fall.

In the days leading up to the rally, Trump has made supportive comments about Bailey but has stopped short of an endorsement.

“I think maybe Bailey would be the one,” Trump told the conservative media outlet Center Square on Wednesday when asked about a favorite in the GOP primary contest.

“He seems to be formidable and could maybe give it a good shot because you know it’s a little bit hard to win up there for a Republican in that way. So we’ll see what happens. But I think Bailey maybe,” Trump said.

Pritzker “has been a terrible, terrible governor,” Trump said. “He has done such a bad job and with the lockdowns and with everything else.” Pritzker often referred to Trump during his tenure in the White House as a “racist, misogynist homophobe.”

Bailey, a 2020 Trump presidential nominating delegate, comes from a Downstate region of Illinois where voters have solidly supported the former president, and he has sought to cultivate their backing for his bid for governor as a base of support that has gradually grown across the state.

Republican candidate for governor state Sen. Darren Bailey participates in a debate at WGN-TV in Chicago on May 24, 2022. (Chris Sweda / Chicago Tribune)

He’s also been the most demonstrably outspoken critic of Pritzker, starting with lawsuits — ultimately unsuccessful — that sought to block the Democratic governor’s pandemic mitigation orders while promoting an evangelical rural populist candidacy that decries the cultural policies of urban Chicago.

Regardless of an endorsement, Trump is expected to use his rally to revisit his history of attacking Chicago over its gun violence. In the interview, he likened the city to a “Third World country.”

“You’ve always had poverty. You’ve always had difficulty in Chicago and every other city, but it doesn’t mean everybody gets shot. I’ve never seen anything like it. So I know the police in Chicago, and they’re great. They could do the job but I think they’re not allowed to do the job,” he said.

First and foremost, though, Trump’s visit is aimed at bolstering support for Miller, whose first term has been buffeted by controversy, as she challenges five-term Republican U.S. Rep. Rodney Davis of Taylorville in the newly drawn 15th Congressional District. It is the state’s lone one-on-one GOP congressional primary matchup after Democrats redistricted the state and Miller chose to run against Davis.

Miller, 62, who was born and raised in suburban Naperville, has aligned herself with the far-right extremes of the national GOP.

She is a member of the House Freedom Caucus, which was established out of the Tea Party movement, with Mark Meadows — later Trump’s chief of staff — serving as an early caucus chairman. She is also an ally of conspiracy-spinning U.S. Rep. Marjorie Taylor Greene of Georgia.

“She’s somebody I’ve gotten to know. She’s a high-quality person. She’s been all for me, all the way. You have to remember that. And she’s just a very good person and a very MAGA person,” said Trump, who values loyalists, using the acronym of his Make America Great Again theme.

“Mary’s been just terrific. A tremendous supporter,” said Trump, who endorsed her on Jan. 1 and later held a Mar-a-Lago fundraiser for her.

Davis has “said some very negative things about me at points,” Trump said, but did not offer specifics.

Demonstrating how times have changed, Davis was a speaker on the stage of Trump’s 2018 rally in Murphysboro and was a 2020 Illinois co-chair of his campaign. Now, Miller is billed as the special guest speaker on Saturday.

Davis has argued he has been a strong supporter of Trump, including his White House policies involving law enforcement and tax changes.

But Davis, the senior Republican on the House Committee on Administration, was one of 35 Republicans to back a bipartisan independent 9/11-style commission to investigate the Jan. 6 insurrection at the U.S. Capitol. That plan was rejected by the Senate. The House approved its own select committee and Davis was named to it by House Republican leader Kevin McCarthy. But McCarthy yanked his five picks after Pelosi rejected two of them. Davis has called the select committee a “sham.”

But Miller has gone after Davis for supporting the original 9/11-style investigatory panel and has warned that “President Trump’s supporters remember his betrayal and will not be fooled.”

While the Trump factor hangs heavy in the new district, the primary also will be a test of the area’s GOP establishment. Davis has the backing of 31 GOP county chairmen in the 35-county district as well as the support of neighboring Republican U.S. Rep. Mike Bost of Murphysboro, who was the congressman Trump campaigned for in 2018, and Darin LaHood of Peoria, along with several state legislators.