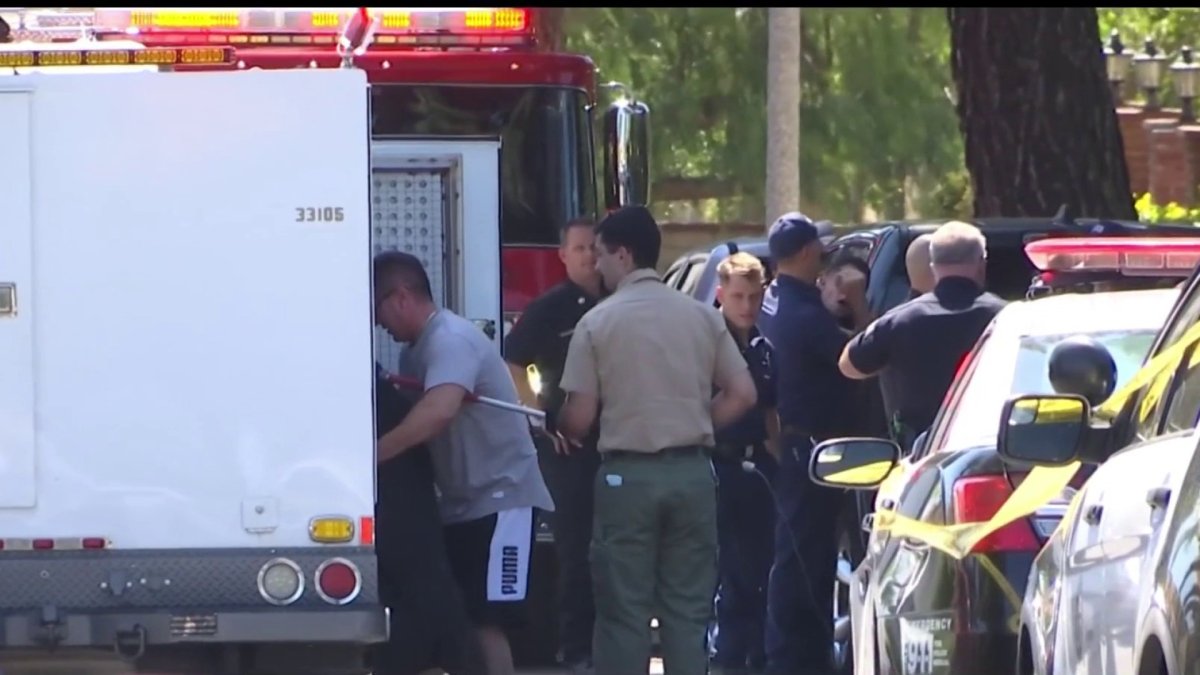 A 49-year-old woman was seriously injured after being mauled in a dog attack for 19 minutes in Sylmar on Monday.

Home surveillance footage shows two dogs attack the woman behind a gate in the yard where the dogs lived.

“One officer fired two rounds at one of the two dogs, from an approximate distance of 30 feet away, striking the animal in the torso,” Los Angeles Police Department Chief Michel Moore said.

The second dog was taken by animal services.

Neighbors said the woman may have been a relative who was dog sitting.

“I just think it’s a case of bad luck, bad circumstances, bad timing,” said Max Moran, a friend of the dog owner. “It’s horrible she got hurt like that. It’s bad that the dog had to get killed. It’s bad that policeman had to shoot the dog. There’s nothing good about this.”

The neighbors said they have never seen the dogs roam around the neighborhood and don’t know what could have triggered the attack.