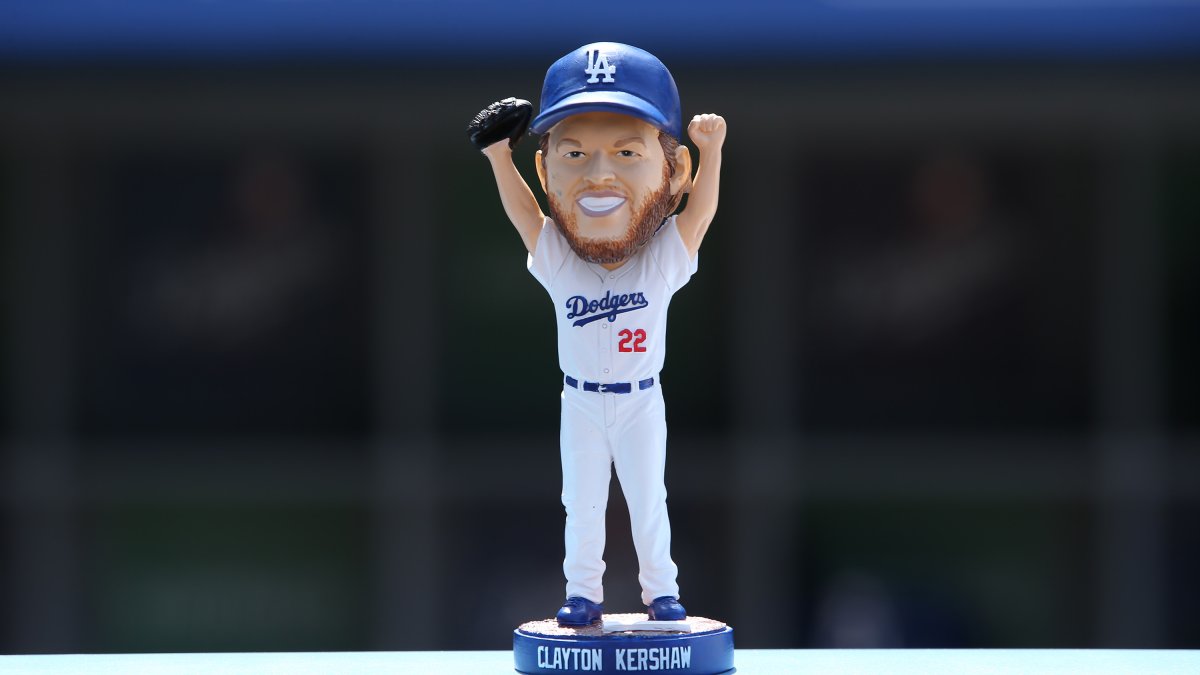 Dodger Stadium is known as “Blue Heaven on Earth.” The third oldest stadium in Major League Baseball is arguably one of the best the sport has to offer. In addition to attractions, concessions, music, displays, and the game itself, the giveaways and promotions are always the cherry on top.

Recently, the Los Angeles Dodgers released the remaining promotional giveaway items and special event dates for the second half of the 2022 regular stadium.

Let’s start off with the theme night celebrations.

Fans and dogs alike had so much fun at the annual “Pups at the Park” night on May 14, that the Dodgers decided to do it again. The second and final “Pups at the Park” event will take place on Sept. 5. Fans who purchase a special ticket package for themselves and their four-legged friends will receive a gift bag courtesy of Lucy Pet Foods and be able to take part in a pregame walk around the warning track on the field.

If you’re a bobblehead collector, you’re going to want to circle these dates on your calendar as the Boys in Blue announced the players that will receive bobblehead nights during the second half of the season.

Trea Turner will receive his first ever bobblehead in a Dodgers uniform on June 30.

Cody Bellinger bobblehead night is next on July 21.

Freddie Freeman will receive his first ever Dodgers bobblehead on Aug. 10 and Dustin May will hopefully return to the roster in time for his bobblehead night on Sept. 22.

Austin Barnes bobblehead night is on Sept. 24 and Mookie Betts will get a special “salt bae” bobblehead on October 3, and Justin Turner will complete the bobblehead promotions on October 4.

Speaking of Turner, his jersey giveaway (complete with pine tar) on June 2 was so popular that the Dodgers have decided to do another jersey giveaway in the second half of the season, this time for flame throwing pitcher Walker Buehler on Saturday, Aug. 20. All of the aforementioned promotions will be given to the first 40,000 fans in attendance, so remember to arrive early to the ballpark.

Finally, the Dodgers have one final surprise for fans on Tuesday, August 23. The first 35,000 fans in attendance will receive one of seven different limited edition replica World Series rings celebrating the team’s seven championships in Los Angeles.

If you’re an LA sports fan, the Dodgers will also have a handful of nights in the second half of the season celebrating some of the city’s other professional sports teams. LAFC appreciation night is on Aug. 9, Lakers night takes place on Aug. 24, LA Rams Night on Sept. 6, and the LA Kings will celebrate their season that ended in the first round of the Stanley Cup Playoffs on Sept. 21. Fans who purchase a special ticket package for these nights will receive a one-of-a-kind item that is a hybrid of the Dodgers and that particular LA sports team.

The inaugural “Taco Tuesdays” at Chavez Ravine will continue in the second half of the season for every Tuesday home game. Taco Tuesday nights include live mariachi music, and unique taco-themed dishes and drinks throughout the stadium. There will also be more Viva los Dodgers and Dia de los Dodgers celebrations before the game, including on Sept, 20 before the Dodgers host a doubleheader with the Arizona Diamondbacks, and Saturday October 2nd. The following day, Oct. 3, will be Fan Appreciation Day, where fans in attendance have the chance to win a slew of special prizes, including a brand new car, throughout the game.

Lastly, the Dodgers will unveil a statue to Sandy Koufax before the June 18 game against the Cleveland Guardians, and will also honor Hall of Fame broadcaster, Jaime Jarrin, later in the season on October 1. The first 40,000 fans in attendance for that game will receive a commemorative giveaway pin as we celebrate the longest-tenured broadcaster in Major League Baseball just before he’s set to retire at the end of the season.

To view the Dodgers’ full promotional schedule, head over to Dodgers.com/promotions, where you can also purchase tickets to all of the above events, giveaways, and theme nights.