Do ‘Inclusive Access’ Textbook Programs Save Students Money? A New Site Urges Everyone to Read the Fine Print 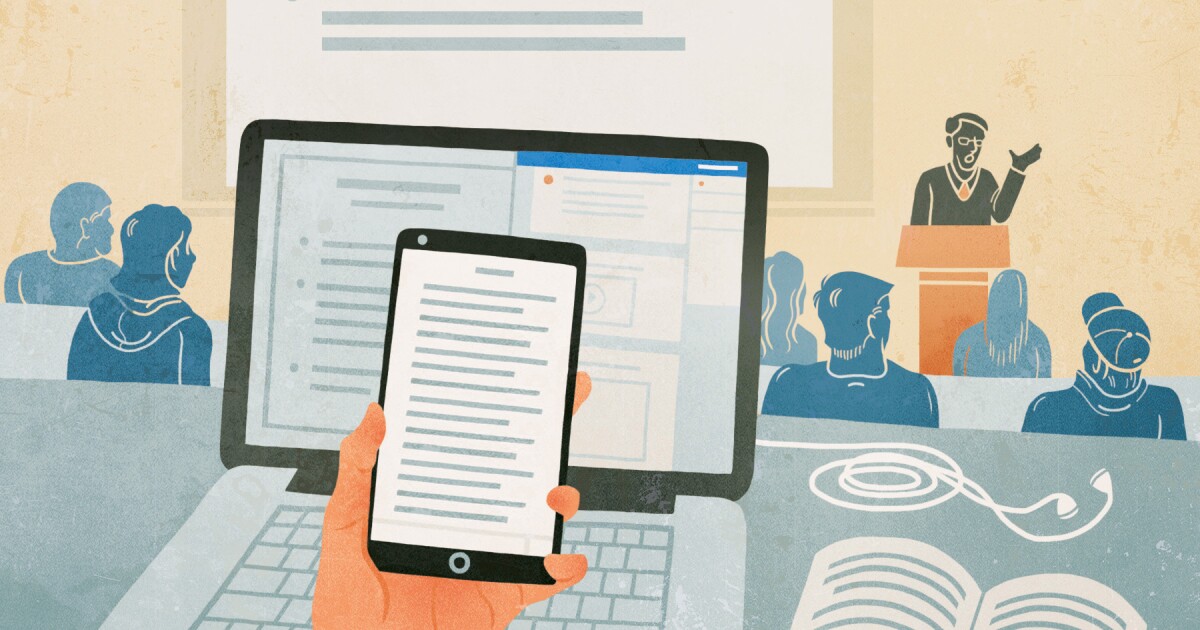 “Inclusive access,” a textbook-sales model touted as a way to ensure that students without deep pockets can afford books, doesn’t always deliver on that promise, according to a leading open-access advocacy organization. So the Scholarly Publishing and Academic Resources Coalition and its partners have launched a website they hope will encourage a healthy skepticism, and deeper research, into the increasingly popular model.

Inclusive access programs weave the cost of digital course materials into a student’s tuition and fees, and are marketed as a heavily discounted alternative to traditional print textbooks. More than 950 college campuses have adopted related programs since 2015, when a Department of Education regulation enabled institutions to include books and supplies in their tuition or fees.

But advocates of open educational resources like Nicole Allen, Sparc’s director of open education, worry that colleges — clamoring for low-cost textbook options — are buying into the model without knowing for sure whether it’s actually saving their students money, considering the breadth of used-book and rental options available.

“Right now, inclusive access has largely been driven by vendors who go to campuses and offer a program. And that’s backward,” Allen said. “We want people to decide for themselves.”

The website, plugged as a one-stop resource, links to a spreadsheet detailing more than 70 contracts between colleges and major book publishers, such as Pearson, McGraw Hill, and Cengage. And it includes lists of questions administrators, faculty members, and students should be asking: What methodology is used to calculate the advertised student savings? If Inclusive Access doesn’t work for my students, will I have the option to stop using it in my course? If I [a student] opt out, will I still be able to complete all of my required assignments?

These are important questions to address, Allen said, because once institutions “shift to digital, whatever model we put in place … we’re going to be stuck with for a while. It’s going to be hard to change once those precedents are set.”

Sparc, a longtime critic of inclusive access, created the site in consultation with partners including Student PIRGs, the Association of American Colleges & Universities’ Institute on Open Educational Resources, and Creative Commons.

The Devil Is in the Details

The research and anecdotes circulating online tell varying stories about inclusive access — underscoring the idea that colleges’ unique populations and how the contracts are crafted could make a difference in the model’s success.

There are some promising accounts: A lecturer at University of Tennessee at Knoxville in 2017 told Inside Higher Ed the program leveled the playing field, allowing all of her students access to the most up-to-date content starting on the first day of class. The University of Central Florida, which has students opt in to its inclusive-access program, says its students saved nearly $10 million from spring 2019 to summer 2021. (To note, it wasn’t immediately clear what that calculation was based on.)

For time-crunched faculty, too, inclusive-access programs could let them stick with textbooks they’re already using.

“Faculty and students need access to first rate, professional course materials and need the freedom to choose the materials that work best for them,” the Association of American Publishers wrote in a statement to The Chronicle. Inclusive access is “an increasingly popular option because they deliver on both fronts.”

Advocates of open educational resources — free and openly licensed materials that anyone can download, edit, and customize — say the high discount percentages (sometimes up to 80 percent) that vendors trumpet are deceiving, though, as they’re often calculated based on what a new print edition of a textbook would cost. In reality, a 2016 survey showed that the majority of students buy or rent used textbooks. Others go to the library for a reserved copy, or share with friends.

Materials offered through inclusive access also generally disappear from a student’s account at the end of the semester, meaning students cannot resell them.

Allen is wary, too, that contracts between colleges and vendors often include percentage-based discounts instead of price caps. While research groups like Student Watch and Student Monitor report that average student spending on college textbooks has declined in recent years, she worries this provision leaves colleges vulnerable to “runaway fees” in an industry that saw a 1,041–percent rise in textbook costs between 1977 and 2015.

Central Washington University’s contract with Cengage, for example, gives it a 25-percent discount off the “current digital list price for ebook titles.” The contract notes separately that Cengage reserves the right to terminate the agreement if the college doesn’t get at least 85 percent of students who are enrolled in applicable courses to pay for the program.

Especially if there are minimum usage rates like that, another concern is whether colleges make it easy for students opt out (legally, they have to offer that option). Texas A&M University at San Antonio’s inclusive-access program was discontinued earlier this year in part because “there was a shock when students saw their bills, and they didn’t like the fact that they were paying into something that they hadn’t opted in to,” the student newspaper reported.

A Cengage spokeswoman emphasized that federal law requires educational materials offered through inclusive-access programs to be “at below competitive market rates.” She argued as well that digital products offer a higher-quality learning experience than a print book, with “search, highlighting, and bookmarking capabilities as well as read-aloud functionality.”

With the website launched, Allen said she hopes more people come to the table to have candid conversations about “the challenges [with these programs] that are coming up on campuses, and what higher education can do to navigate“ them. Sparc and its partners also plan to add additional materials, such as college case studies highlighting where inclusive access has and hasn’t worked, and why.

“This is only the beginning,” she said.

Google is making it easier to doomscroll through search results

The Best Photo Locations on Santorini • The Blonde Abroad