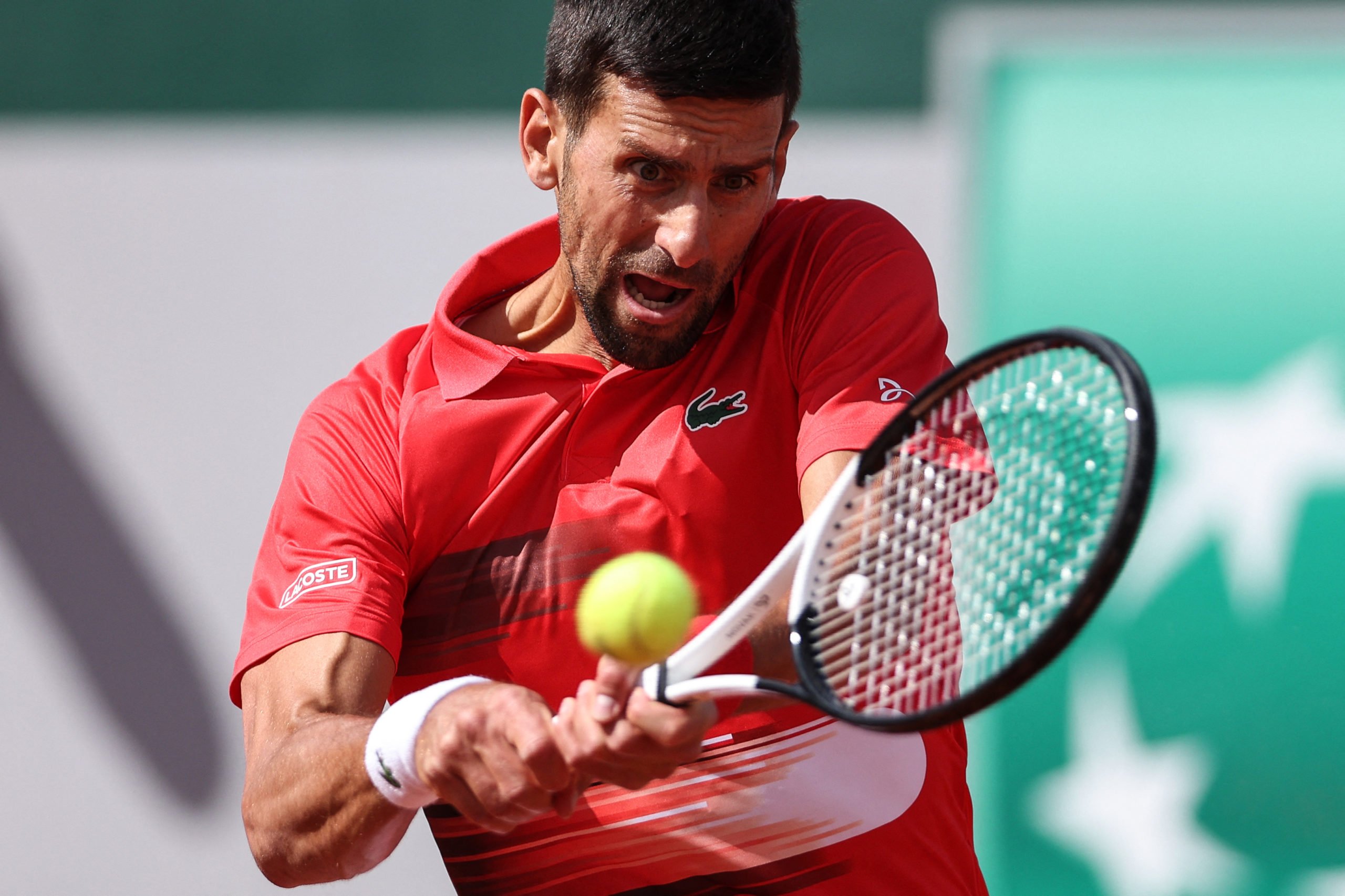 Serbia’s Novak Djokovic returns to Slovakia’s Alex Molcan during their men’s singles match on day four of the Roland-Garros Open tennis tournament at the Court Suzanne-Lenglen in Paris on May 25, 2022. (AFP)

PARIS, France  – Novak Djokovic and Rafael Nadal closed in Friday on a blockbuster clash at the French Open as both reached the last 16, while 19-year-old Carlos Alcaraz became the youngest man to make the second week in Paris since 2006.

Reigning champion Djokovic and 13-time winner Nadal are on course to meet in the quarter-finals, with the Spaniard seeded outside the top four at Roland Garros for just the second time.

“I’m always very motivated when I get on the court, with the desire to produce my best level each time. It’s not always possible to do it, but today it was very good,” said Djokovic.

The 35-year-old Serb is aiming to become the oldest men’s singles champion in Paris in the Open era as he chases a record-equalling 21st Grand Slam title.

Next up for Djokovic, who was also French Open champion in 2016, is a match-up with Argentina’s Diego Schwartzman, the 15th seed.

Nadal, the 21-time major champion, improved his record at Roland Garros to 108-3 after seeing off 2021 US Open quarter-finalist Van de Zandschulp.

He has now reached at least the fourth round in 17 of 18 visits to Roland Garros, with the exception of 2016 when he withdrew in the third round with a wrist injury.

“Today has been a very good test and very positive test, because I was able to play my best match of the tournament so far, without any doubt,” said Nadal.

The Spaniard had a break point for 5-0 in the third set, but Van de Zandschulp refused to roll over, winning four of the next five games before Nadal put away his second match point, having saved a break point in between the two.

“You always feel a little bit the nerves to finish the match, so I’m happy to be through in straight sets,” said Nadal, who plays Canadian ninth seed Felix Auger-Aliassime for a place in the last eight.

In a twist to that clash, Toni Nadal, the uncle and former coach of the Spaniard, is now working with Auger-Aliassime.

Alcaraz gained revenge against the only man to beat him on clay this year, defeating US 27th seed Sebastian Korda 6-4, 6-4, 6-2 in the evening session.

The Spanish teenage star is the youngest man in the Roland Garros fourth round since Djokovic 16 years ago.

“I’m trying to have fun out there. I just enjoy every single second. I love playing tennis,” said Alcaraz, who saved a match point against countryman Albert Ramos-Vinolas in the previous round.

He has won 20 of 21 matches on clay this season and next faces 21st seed Karen Khachanov. The Russian knocked out Cameron Norrie in four sets as the 10th-seeded Briton became the highest-ranked player to fall.

The German Olympic champion, who also saved a match point in round two, next takes on Bernabe Zapata Miralles, the 131st-ranked Spaniard who downed John Isner in five sets.

Amanda Anisimova, the 27th seed and a 2019 semi-finalist, advanced to the last 16 as injury-plagued Karolina Muchova retired down 6-7 (7/9), 6-2, 3-0 after falling and twisting her ankle midway through the second set.

Coco Gauff, the youngest player left in the French Open, made the last 16 with a straight-sets win over Kaia Kanepi, the oldest woman in the tournament at 36.