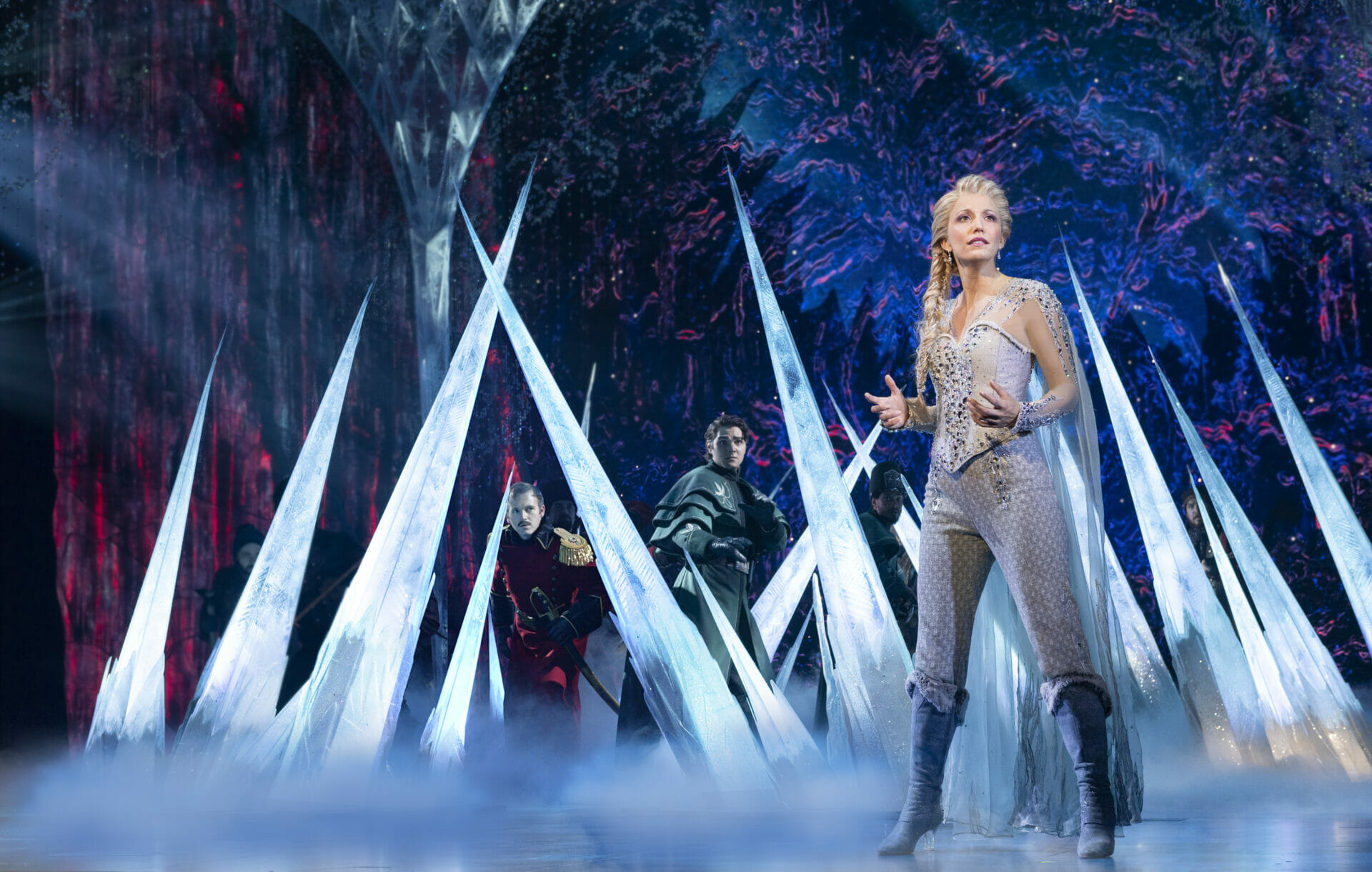 It’s no secret that, for kids freshly out of school, summertime ATL can be a battle for how to stay the least overheated for the longest amount of time — all without going completely stir-crazy. After more than two years cloistered at home during the (still-ongoing) pandemic, this year promises a wider array of ways to safely stay cool and have fun, too. As pools swell to capacity and movie theaters lose their sheen thanks to greater streaming options, parents looking for some creative air-conditioned entertainment should look no further than these family theater highlights.

It takes just three simple words to reawaken a living nightmare for anyone who raised kids over the age of 2 at any point since 2013. Those haunting words? “Let. It. Go.” But hey! Now that Encanto has come around to claim the inescapable earworm throne, perhaps it’s safe to go back into the (frozen) water. And you already know that your kids will love it.

For the first two weeks of June, Broadway in Atlanta brings the stage version of Frozen, Disney’s sensational, record-busting hit, to the Fox Theatre. The Broadway show garnered a Tony nomination for best musical, and will bring every young one’s favorite pals — Anna, Elsa, Kristoff, Olaf — to enchantingly chilly, 3D life. Do we want to build a snowman? Affirmative.

Hot off the heels of a tour, Synchronicity brings back its show based on the popular Bob Marley song, with its catchy and well-recognized refrain of, “Don’t worry about a thing, ’cause every little thing is gonna be alright.” This was expanded by Marley’s firstborn daughter, Cedella Marley, into a 2012 book that has been developed for the stage by Michael J. Bobbit.

Bob Marley’s Three Little Birds follows a little boy named Ziggy (which happens to be the name of Marley’s oldest son) who, according to Synchronicity, “wants to get out and enjoy his beautiful island in the sun, but the fear of evil spirits, tropical storms and bandits keep him locked inside.” Best of all, the show will feature the extraordinary music of the late reggae pioneer, who died of cancer in 1981 when he was only 36.

Bless Australian comedy songwriter and performer Tim Minchin for tackling this adaptation of the 1988 Roald Dahl children’s book (which remains 100 percent enjoyable for adults to this day). Under Minchin’s sharp eye for satire and clever song structure, he perfectly captured this story about Matilda Wormwood, an extremely gifted child unluckily born into a wretched family and unluckily sent to a wretched school run by a frightening sociopath headmaster known as “The Trunchbull.”

Along the way, the small but mighty Matilda discovers she’s not only brilliant but possessed with telekinetic powers. And she finds a much-needed ally in her compassionate teacher, Miss Honey. Matilda enjoyed successful original runs in both London and on Broadway, aided by numbers that get to the heart of Dahl’s darkly humorous sensibilities, including “Revolting Children” and “The Chokey Chant.”

The Jolly Roger is smiling once again as pirates enjoy another high point on the high seas of popular culture. The biggest example of this is the hit HBO Max series Our Flag Means Death, which reimagined, modernized and infused with laughter the real-life historical figures of Blackbeard and Stede Bonnet, the Gentleman Pirate.

Seizing upon this moment — as well as, perhaps, some hype around next year’s Disney live-action The Little Mermaid — the Center for Puppetry Arts will swashbuckle and swish a fishy tale in The Little Pirate Mermaid, artistic director Jon Ludwig’s adaptation of the Hans Christian Andersen story. The plot of The Little Mermaid, as many of us know, follows the daughter of the Sea King, who falls in love with a human. The twist is that in this case, her new crush just happens to be a buccaneer. And yes, lest ye worry, thar be puppet booty aplenty in this show, including a slew of marine-life marionettes. 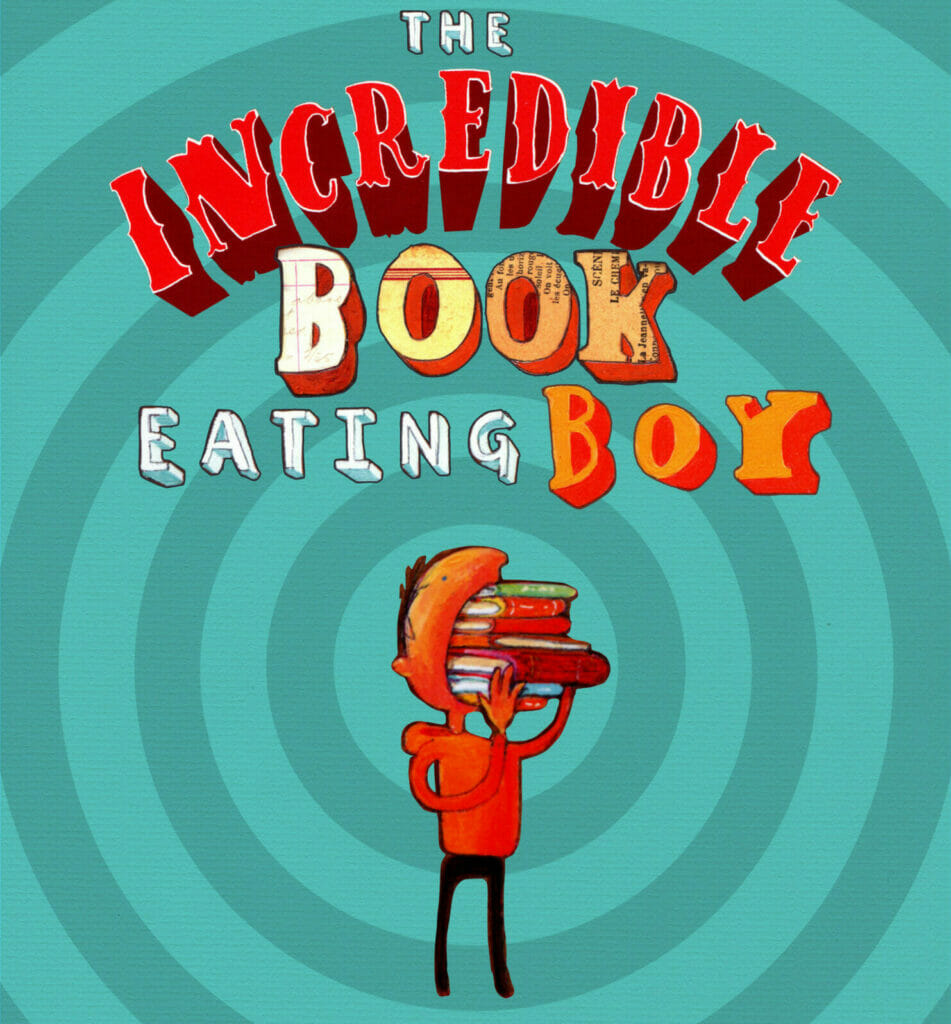 Irish author and illustrator Oliver Jeffers penned the award-winning tale The Incredible Book Eating Boy in 2006, about a kid who develops an odd taste for the written word . . . literally. It was published to rave reviews, including in The Guardian, which declared it “funny, inventive, anarchic, and deliciously detailed.”

The Alliance rendering of this short story, as directed by True Colors Theatre Company Artistic Director Jamil Jude, will unfold on the Alliance’s Hertz Stage. Now staging the world premiere musical Trading Places (which runs through June 26 — read our preview here) the Alliance hopes to continue its new musicals win streak with The Incredible Book Eating Boy. The show features a book by playwright Madhuri Shekar, music by Christian Magby and lyrics by Christian Albright.

Alexis Hauk, a member of the American Theatre Critics Association, has written and edited for numerous newspapers, alt-weeklies, trade publications and national magazines including Time, The Atlantic, Mental Floss, Uproxx and Washingtonian magazine. An Atlanta native, Alexis also has lived in Boston, Washington, D.C., New York City and Los Angeles. By day, she works in health communications. By night, she enjoys covering the arts and being Batman.