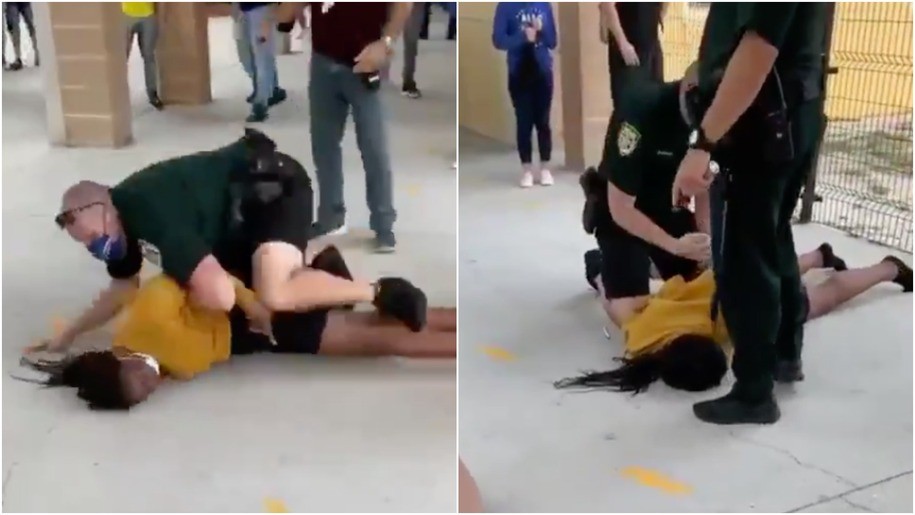 A newly elected Florida sheriff is promising “absolute zero-tolerance” after multiple videos circulated on social media of a deputy slamming a Black high school student on the concrete so hard she appeared to lose consciousness. Apparently, zero-tolerance translates to turning over the investigation to the Florida Department of Law Enforcement. That’s what Sheriff Marco Lopez, Osceola County’s first Hispanic sheriff, said he would do during a news conference Wednesday. “We want to make sure it’s a complete, thorough investigation without my influence in this case,” Lopez said.

The student is fine but the deputy, who was working as a school resource officer during the incident, suffered injuries and has gotten death threats, Lopez said. Authorities have not yet confirmed the identity of the deputy or student. The incident happened at Liberty High School, which is located in unincorporated Osceola County about 35 miles south of Orlando. “The student was not complying with lawful commands,” Lopez said. “She went after another student (…)”