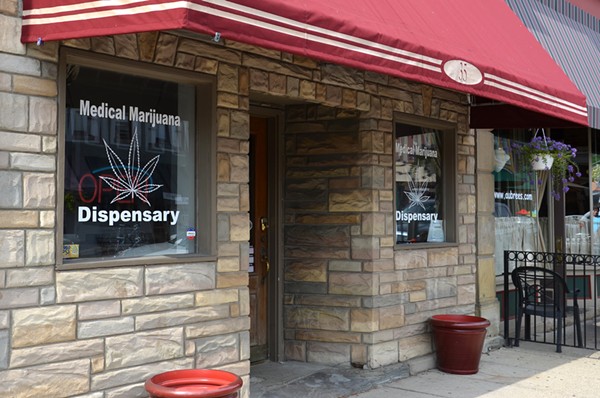 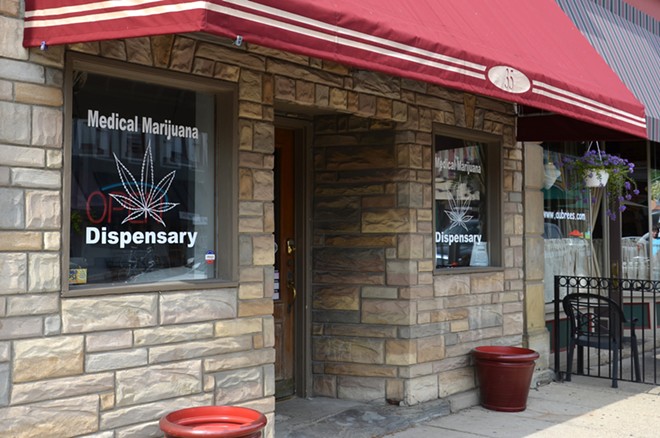 A cannabis store in Ypsilanti uses the word “dispensary” in its signage, though the term is not used by the state’s Marijuana Regulatory Agency.

What do you call the place where you buy your legal weed? In Michigan, a number of terms are bandied around, but you might be using them incorrectly.

Heck, we’re probably guilty of occasionally interchanging them ourselves. Blame it on that wacky tobbaccy — or simply on the fact that this stuff actually can be kind of confusing.

In common parlance, the stores are often called “dispensaries.” But in 2018, Michigan’s Department of Licensing and Regulatory Affairs (LARA) released a bulletin instructing facilities licensed to serve medical marijuana card-holding patients and their registered caregivers to refer to themselves only as “provisioning centers” — and not “dispensaries.” According to the Michigan Public Health Code, the word “dispensary” is restricted in use for those authorized under the Pharmacy Practice and Drug Control.

“According to state law, a provisioning center licensed under the Medical Marihuana Facilities Licensing Act (MMFLA) may not refer to itself as a ‘dispensary’ and may not use the word ‘dispensary’ in its advertising,” the bulletin stated, adding that the terms “pharmacy,” “apothecary,” “drugstore,” “druggist,” and “medicine store” were also banned, among others.

Later in 2018, Michigan voters approved Proposal 1, which allowed for separate licenses for cannabis stores to sell to anyone age 21 or older — no medical marijuana card required. The first of such stores opened to the public in late 2019 and have blossomed across the state ever since.

The state refers to stores that sell cannabis for recreational or adult use simply as “retailers,” says Jocelyn Thomas, an MRA spokeswoman.

(A digression: We can’t even agree on how to spell “marijuana.” The state uses the antiquated “marihuana,” due to the repealed federal Marihuana Tax Act of 1937. The Legislature would have had to take action to officially change the spelling to “marijuana,” and apparently that was too much to ask. Others will point out that even “marijuana” is considered to be an antiquated term by some, because it appeared to be used by the U.S. government to negatively associate the plant with Latino communities. While that stigma seems to have diminished over time, that’s why some prefer to use the term “cannabis” instead.)

Anyway, due to the health code, the word “dispensary” is not officially used by the MRA. “The MRA does not use ‘dispensary’ in their descriptions of an establishment or facility,” Thomas says.

We called up Thomas to elaborate. She says that while the MRA does not recognize the term “dispensary,” she has heard it often used colloquially as a catch-all term for all pot shops.

“If you read through our rules or even searched through our rules, ‘dispensary’ isn’t even in any of them,” she says. “That’s just more of a common-term lingo that people kind of throw around to encompass all of them, but it’s not legal terminology we use.”

The LARA ban on provisioning centers referring to themselves as “dispensaries” still stands, a LARA spokesman says.

That doesn’t mean we can’t refer to all of the above as “dispensaries.” But technically, not every dispensary is a provisioning center — only those licensed for medical marijuana use are.

Honestly, we’re not sure if that made things any less confusing. Can someone pass the joint?