Dispatcher who hung up on Tops caller during shooter fired 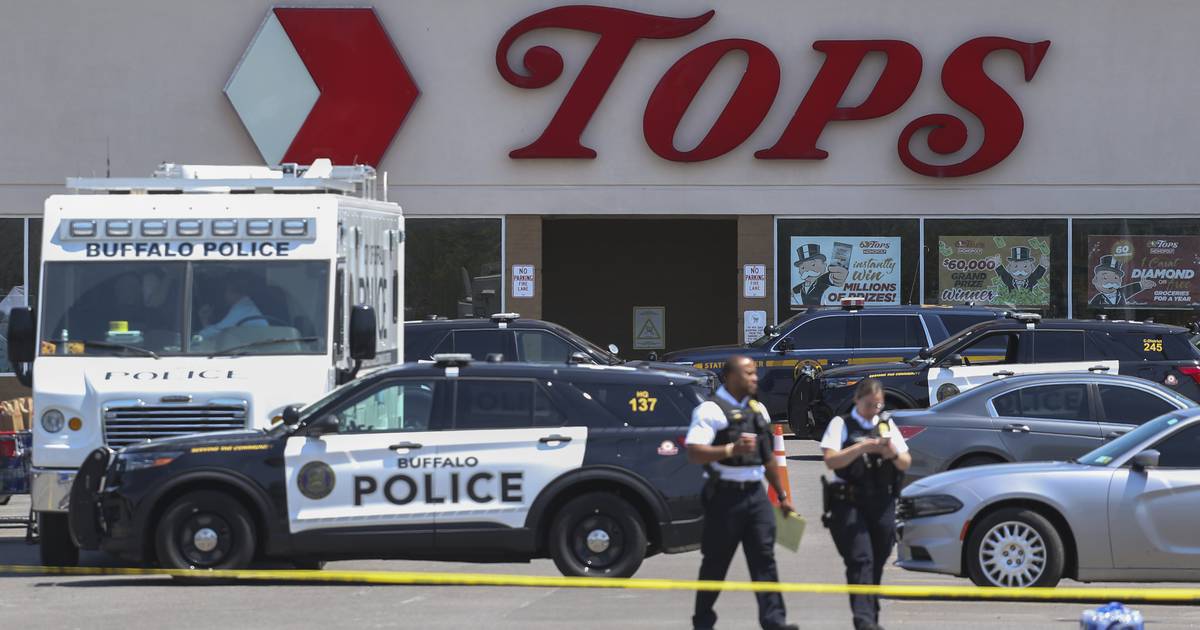 The dispatcher who hung up on a frantic caller from inside a Tops Friendly Market as a massacre unfolded in Buffalo has been fired after a disciplinary hearing.

The dispatcher, who The Buffalo News identified as Sheila E. Ayers, had worked for the Erie County Central Police Services Department for eight years, according to reports.

Tops employee Latisha Rogers said Ayers hung up on her after asking why she was whispering during her frantic 911 call as gunfire echoed through the supermarket on May 14 in a racially motivated shooting that killed 10 people, all Black. Three people were wounded. The gunman, who has since been charged with murder and domestic terrorism, explicitly targeted people of color.

As Rogers whispered into the phone from a hiding spot on the floor behind a customer service counter, “the dispatcher started yelling at me saying ‘Why are you whispering? You don’t have to whisper,’ ” the distraught Tops employee said later, adding that she replied, “I’m scared for my life.”

The dispatcher was put on leave on May 16 “while the mishandled call was investigated,” Peter Anderson, spokesperson for County Executive Mark Poloncarz, told USA Today.

“They identified this one call, the issue associated with it, it was completely unacceptable,” Poloncarz told CNN.

“The 911 operator was inappropriate,” he said, indicating that it was not clear who ended the actual call. “We teach our 911 call takers that if someone is whispering, it probably means they are in trouble.”

The issues don’t just come into play regarding mass shooters but are also of concern in the case of domestic violence, he said.

The Civil Service Employees Association, the dispatcher’s union, told the Associated Press on Thursday that disciplinary due process provisions had been “followed fairly and appropriately here.”