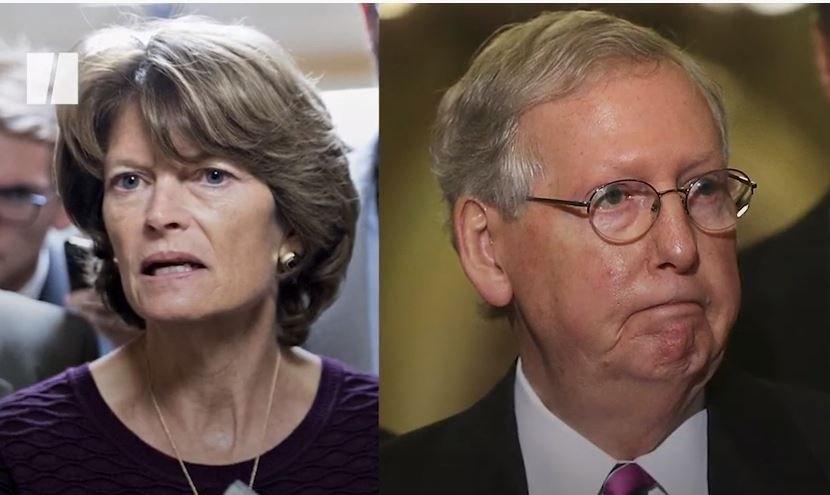 Dirty Republican Senator Mitch McConnell is going to spend $7 million on Lisa Murkowski from Alaska, who has voted for every anti-American bill possible while in the Senate.

Mitch McConnell does not stand with the Republican Party, the Trump-Republican base (the largest base in US history), or America.  His choice to support Lisa Murkowski in Alaska is appalling.  Why not give $7 million to the Democrats?

The Daily Mail is reporting that McConnell is supporting Murkowski in Alaska with a $7 million dollar spend.  Imagine how much misinformation you could create with that amount of money.

So far, that’s the only Republican primary McConnell’s Senate Leadership Fund is getting involved in – with most of the cash being directed to six general election battles starting in September.

Murkowski has a horrible voting record.  She is one of the biggest RINOs in the US Senate.

And her vote against Trump in 2021 is not the only bit of proof.

Take her recent vote to confirm liberal loved Judge Ketanji Brown Jackson to the Supreme Court. Despite the rest of her party voting against Jackson and her controversial sentencing record, Murkowski and the few other usual bad apples (Susan Collins of Maine and Mitt Romney of Utah) voted to put her on the bench.

Similarly, she was the only GOP member to vote against Brett Kavanaugh’s confirmation back in 2018.

Murkowski can be counted on to vote with the Democrats when her count is needed.  She is horrible for this country and freedom.  This is why Dirt Bag McConnell likes her and supports her.