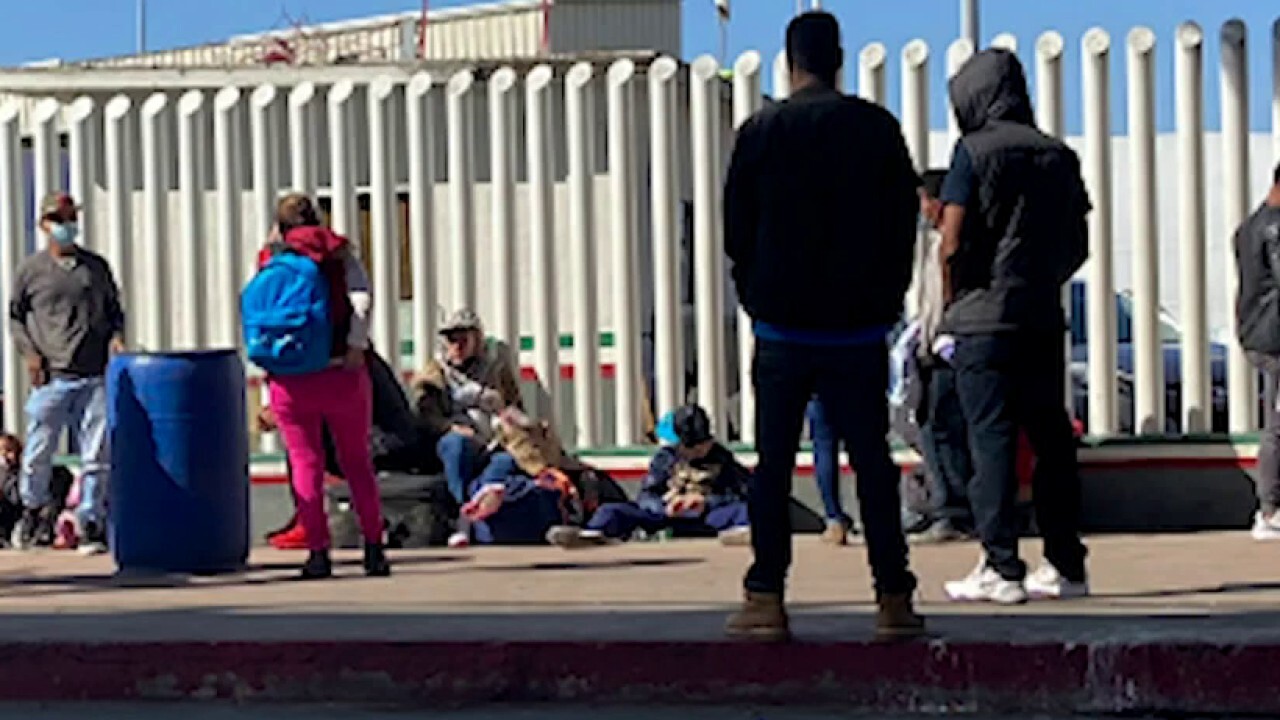 Homeland Security Secretary Alejandro Mayorkas on Friday toured facilities at the southern border, touting how the Biden administration has emptied Border Patrol facilities — but warned that officials are seeing hundreds of unaccompanied children cross the border each day.

Mayorkas toured the facility in Donna, Texas, which had been packed with more than 4,000 migrants early on in the crisis — with migrants seen crammed into small pods.

Since then, the administration has shifted many of the children in those centers into the custody of Health and Human Services, where the number of migrants in care has ballooned from 12,000 to more than 22,000 in just a few months.

But the administration has marked it as a win, saying that children are better being cared for by HHS than by Border Patrol agents. The administration earlier this week released pictures of empty areas, contrasting it with those from March.

Mayorkas told reporters that they’ve made  “dramatic progress” but stressed that “the challenge remains,” and said that they intended to keep current capacity to cope with future influxes.

“We’re down to about 1,830 people per day right now,” he said, referring to encounters at the border. Unfortunately, we’re still seeing a fairly high population of migrant children are coming across — 270 a day right now, the last 21 days,” he said.

There were more than 172,000 migrant encounters at the border in March, including a record number of migrant children, and similar numbers are expected for April. It overwhelmed facilities and left Border Patrol releasing migrants into the interior without notices to appear in court.

The Biden administration has refused to call the surge at the border a crisis, calling it instead a “challenge” and blaming it on a mix of the Trump administration’s lack of preparedness and “root causes” in Central America like poverty, violence and climate.

Critics have blamed the Biden administration’s refusal to apply Title 42 health protections — which allow migrants to be quickly removed — to children and some migrant families, while also blaming its rolling back of Trump-era policies like border wall construction and the Migrant Protection Protocols (MPP).

Mayorkas has faced pressure from activists who have called for him to end Title 42 completely. He said that they are making exceptions for some vulnerable people on Title 42 — but indicated that the program would be in place until the pandemic was over.

Meanwhile, Vice President Kamala Harris on Friday met virtually with the Mexican president and called for “immediate relief” for Northern Triangle countries as part of an effort to resolve those root causes.