DHS Braces for Violence On Release Of Abortion Opinion Ruling 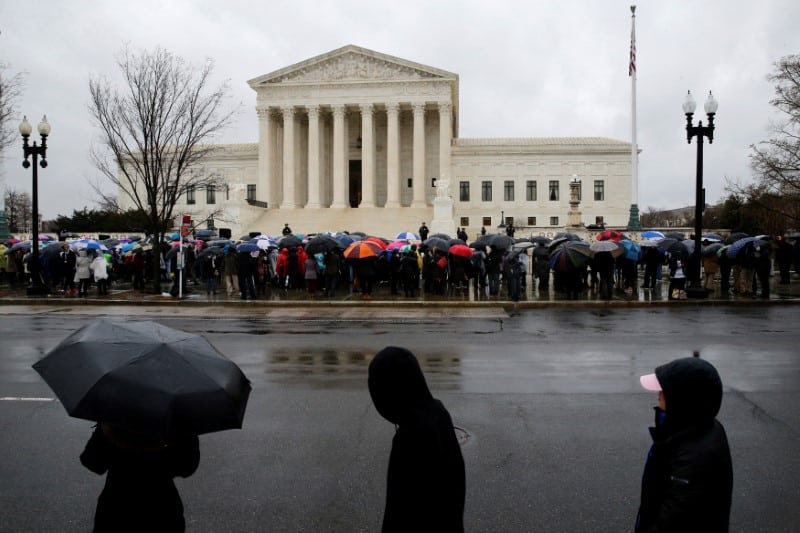 Axios reports that DHS is preparing for the likelihood of a violent response to the SCOTUS’s imminent release of the Mississippi abortion ruling. It is readying for violence from either or both sides. Truly, the nation still has no idea how the SCOTUS will rule but the feds have seen the intensity of the underlying rage from every direction.

Someone leaked a copy of a draft opinion that had five signatories in favor of overturning Roe as “egregiously decided.” But the leak sheds no light on whether that draft even represented the views of all five justices at the time it was leaked. The draft could have been a six-week-old version of an opinion that will receive only four, even three, signatures. Perhaps two justices had already moved toward the Chief Justice’s position, which most expect to be a willingness to uphold Mississippi’s heartbeat law, but not overturn Wade. According to Bill Kristol, the consensus among the DC-insiders is the leak came from the Alito-Thomas camp, which means the leak was an attempt to preserve a drifting justice or humiliate a justice that had already drifted as perverted punishment.

We are really no better off in “knowing” the underlying decision than before. What we all feared was likely is likely. There is hope for that which we hoped. (Given the little hope to be had). The only certainty is the rage running through the veins of both sides of the issue and the Right’s demonstrated willingness to use violence. Having “victory” culled from their hands might cause an explosion. Just as obviously, fringe elements of the left are not above violence (though less likely). The left has already protested at Justices’ homes, something I find to be ethically wrong, entirely useless, and works against us in keeping the focus on the loss of women’s rights.

The U.S. government is bracing for a potential surge in political violence after the Supreme Court hands down the ruling that’s expected to overturn Roe v. Wade, Axios’ Sophia Cai and Stef Kight report from a Department of Homeland Security memo.

Law-enforcement agencies are investigating social-media threats to burn down or storm the Supreme Court building, kill justices and their clerks, or attack places of worship and abortion clinics.

It is painful to acknowledge that we have seen enough already to worry that violence could come from the left. It is infuriating to consider. As a famous “The West Wing” episode once noted, the thing about terrorism is that it has a 100% failure rate. Successful social change has only ever come from non-violent movements.

But it is reality:

Across the country, regional fusion centers — state-level hubs for communicating threat-related information — are also sounding the alarm. A memo from a Nevada counterterrorism agency raised concerns about the impact of a court decision on November’s midterms, and safety of election workers.  A Virginia document flags the possibility of doxing and cyberattacks on abortion facilities.

Even if the Court simply upholds the Mississippi heartbeat law, it is hardly a “victory” (though it is better than what we’ve seen). The left is capable of violence, but it is also capable of doing what is “right” and focusing its energies on November and ensuring that the voters understand that they still have options and that the elections are safe.

But the real threat comes from the Right. The Right has tasted victory, and the Right believes it is fighting to save the lives of “babies,” not embryos or fetuses, but babies. The Right now expects this victory. If robbed of the complete erasure of Roe, which they see as their Trump-given right, there is near no limit to what they consider as righteous vengeance.

We have seen it, at least a practice run.