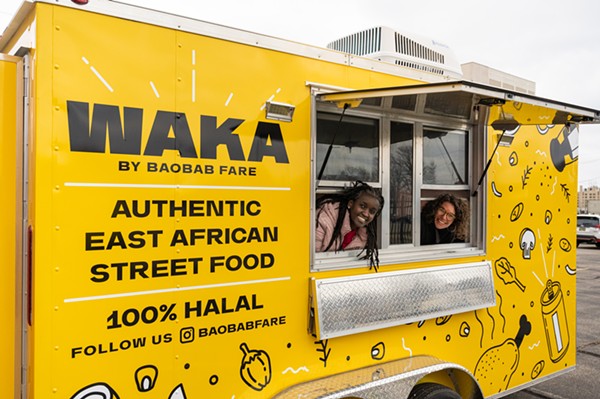 We hope they serve the restaurant’s fried plantains and crispy fish because they’re the bomb.

Since opening in 2021, the New Center spot serving East African fare has been named one of America’s best new restaurants and made it to the James Beard Award semifinals list for best chef.

Plus their coffee, Ji (passion fruit juice), and Pili (hot sauce) can be found at several supermarkets all over metro Detroit.

The hardworking couple hasn’t stopped there, though. Now they’re putting Baobab Fare on wheels with a bright yellow food truck dubbed “Waka.” Waka, which means “shine,” will debut at Noel Night in Detroit on Saturday, Dec. 3.

“We’ll be serving all of our East African street food from this truck and we’re so excited for this new opportunity,” an announcement on the restaurant’s social media reads. “And because we know you’ll ask — Waka is available for catering, parties, and will be all around at some of our favorite events Downtown!”

For Noel Night, the Waka food truck will offer chapati along with bottles of Ji and limited edition prints.

We hope they also serve the restaurant’s fried plantains and crispy fish, because they’re the bomb.