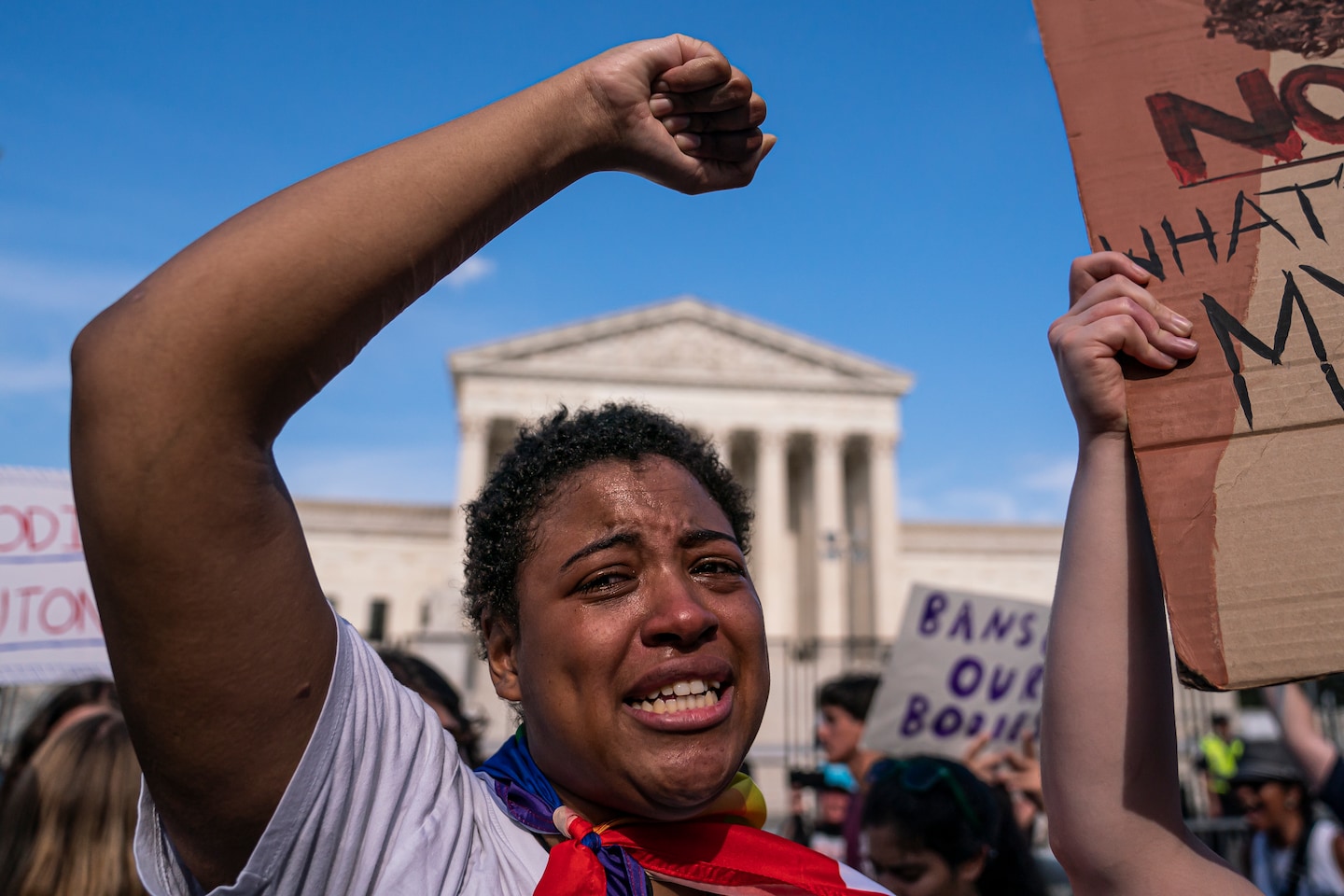 In their political campaign to outlaw abortion, antiabortion groups have attempted to build alliances with African Americans by trying to evoke rhetoric of racial violence and injustice. These groups have circulated materials that have co-opted the language of African American political movements with slogans such as “Abortion suppresses the Black vote” and “Black lives matter in and out of the womb.” This antiabortion rhetoric attempts to link abortion with anti-Black racism and sometimes even goes so far as to suggest that Planned Parenthood, a major provider of abortions in the United States, is complicit in Black genocide.

Abortion is a contentious issue in the African American community, especially since many religious Black Americans hold the same beliefs about fetal personhood as White evangelicals. But one group has consistently advocated for the importance of abortion rights for Black people: Black feminists. Why? Because they have long seen the right to abortion as part of broader racial and reproductive justice goals.

As abortion rights become an increasingly significant focus for feminists in the 1960s, Black feminists did not place the same emphasis on them as White feminists did. They were more concerned about the ways in which Black women, along with other women of color, poor women and disabled women, were subject to reproductive coercion.

Thirty-one states allowed forcible sterilization at some point during the 20th century. These policies often disproportionately affected people of color, especially Black people. For example, in North Carolina, over about 40 years of state-condoned forcible sterilization, 5,000 of the approximately 7,600 sterilizations were performed on Blacks, who made up only a quarter of the state population. In 1961, civil rights activist Fannie Lee Hamer was sterilized without her consent by a White doctor who was performing surgery to remove a uterine tumor. These forced sterilizations were so common at one time that they were dubbed “Mississippi appendectomies.”

Even in the 1980s and 1990s, birth control, often semi-permanent forms like implants or injections, became a condition to receive public assistance in many states.

But despite this history of abuse, Black feminists still fiercely advocated for the right to abortion because they understood the importance of bodily autonomy, especially when it comes to reproduction.

Why? Because abortion had long been a strategy of survival and resistance for Black women. Historians have revealed that abortion even enabled some semblance of self-determination during slavery. Enslaved women could thwart enslavers’ ability to use their children as chattel to generate profit with birth control and abortion.

A full century later, Rep Shirley Chisholm (D-N.Y.), who became the first Black woman to serve in Congress in 1969, continued to see the link between racial justice and access to abortion. The same year she entered Congress, Chisholm accepted an appointment as honorary co-president of the then-named National Association to Repeal Abortion Laws (NARAL).

During her time in office, Chisholm repeatedly spoke out in support of legalizing abortion. In response to this advocacy, she repeatedly heard the charge that abortion was “genocide” for Black Americans. She addressed this argument in a chapter of her memoir “Unbought and Unbossed” (1970), titled “Facing the Abortion Question.” Chisholm refuted arguments that birth control and abortion were “plot[s] by the white power structure to keep down the number of blacks.” She also noted that she only ever heard men espouse these views, writing, “To label family planning and legal abortion programs ‘genocide’ is male rhetoric, for male ears. It falls flat to female listeners and thoughtful male ones.”

Instead Chisholm argued that reproductive choice enabled women and their families to achieve economic prosperity and ensure that the next generation of Black children were “reared amid love and stability, and educated to the limit of their ability.”

Chisholm argued that safe, legal abortion was a matter of survival, citing a study by Edwin M. Gold that found 49 percent of the deaths of pregnant Black women were caused by botched abortions. Chisholm also emphasized that poor women and women of color were then, as they are today, the least likely to be able to access quality medical care, including abortion.

Over the next two decades, Black women continued to mobilize for abortion rights.

Today Black feminists continue to include abortion access as an important part of reproductive justice. The arguments made by Black women decades ago continue to hold true.

Friday’s Supreme Court decision overturning Roe v. Wade will disproportionately affect vulnerable people, including Black women, threatening the gains they have made in recent decades because of their increased ability to control their own bodies and lives.