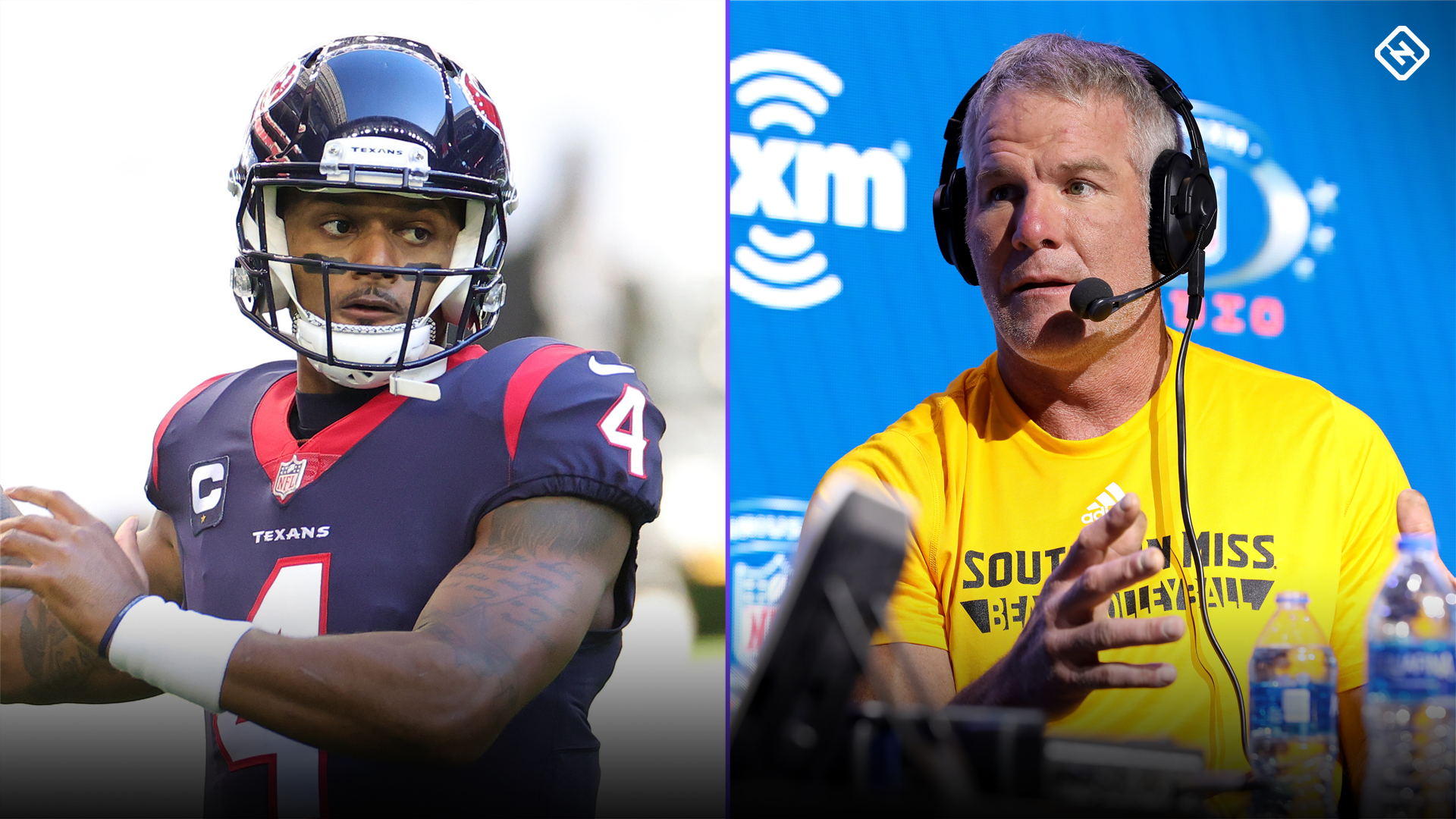 David Mugulehta is doing what any good sports agent does: protecting his client — and on Wednesday, he said what most were thinking. With Texans quarterback Deshaun Watson reportedly wanting out of Houston — very, very badly, we might add — Brett Favre, the NFL’s all-time leader in passes intercepted and inauspicious and dramatic exits, decided to weigh in on the situation.

Favre had some things to say that were very “pot, meet kettle” in nature and essentially equated to telling Watson to “shut up and play.” That’s pretty rich coming from Favre, whose exit from Green Bay and subsequent career end was less-than-graceful, MySpace-era drama.

Mulugehta fired back on Twitter after Favre’s comments, with a simple-yet-effective dunking on the retired quarterback.

Favre, speaking with Yahoo Sports’ Minty Bets, exercised a fair bit of tangible hypocrisy when offering Watson advice on his situation with Houston.

“I’m kind of old school — you play,” Favre said. “You get paid a ton of money to do a certain job, and just do it, and let the chips fall where they may. I think we make too much money to voice an opinion.

“But, I’m not saying he’s wrong. Again, I think it’s a different day and time. It’ll be interesting to see how the organization handles it.”

With Favre’s comments about Watson and his recent, equally bad take on the Jaguars and Trevor Lawrence, maybe he should sit this one out.

Dog the Bounty Hunter Back in Colorado, Not Giving Up Laundrie Search