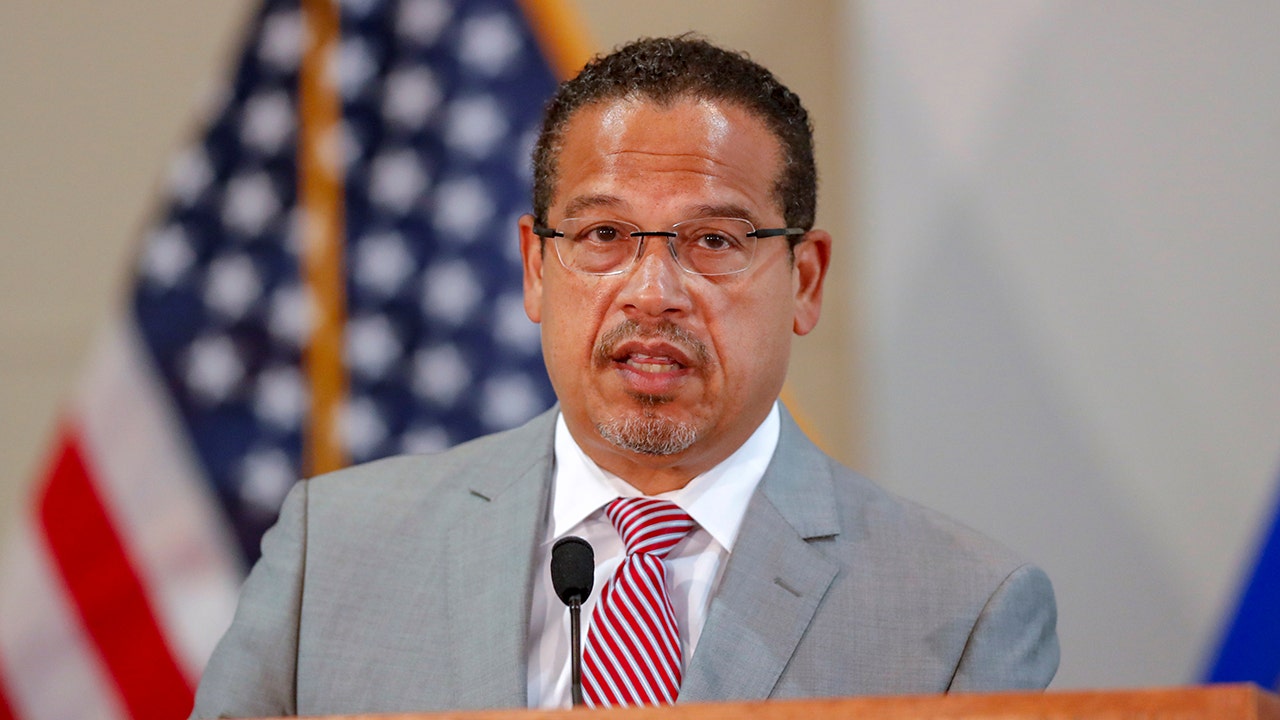 Minnesota Attorney General Keith Ellison called for further reforms to policing on Tuesday after a jury convicted former Minneapolis police officer Derek Chauvin on all charges for the murder of George Floyd last May.

Ellison, who led the effort to prosecute Chauvin, praised witnesses and jurors who “performed simple yet profound acts of courage” by participating in the trial proceedings. The attorney general described the verdict as the first step toward ensuring accountability for law enforcement in the future.

“This has to end. We need true justice,” Ellison said. “That’s not one case — that is a social transformation that says no one is beneath the law and no one is above it. This verdict reminds us that we must make enduring, systemic societal change.”

The jury, comprised of six white people and six Black or multiracial people, found Chauvin guilty of second-degree murder, third-degree murder and second-degree manslaughter. The most serious charge carries a sentence of up to 40 years in prison. A sentencing hearing is scheduled in eight weeks. Jury members remained anonymous throughout the trial and were sequestered from the public.

Minnesota Gov. Tim Walz, a Democrat, declared a state of emergency ahead of the announcement amid fears of potential unrest in response to the verdict. Authorities erected protective barriers near the courthouse prior to the announcement and National Guard troops were placed on standby.

Walz called the verdict “an important step forward for justice in Minnesota.”

“True justice for George only comes through real, systemic change to prevent this from happening again,” Walz said.

“This guilty verdict serves as an official proclamation of what so many of us have known for nearly a year: George Floyd was murdered by an officer who was sworn to protect and serve,” Schumer said.

The verdict drew reactions from an array of other prominent politicians, including former President Barack Obama, who said the jury “did the right thing” by convicting Chauvin.

Floyd’s death last May in Minneapolis prompted nationwide protests against police brutality and racial injustice. Chauvin, who is white, was filmed pinning Floyd to the ground with his knee for more than nine minutes until he lost consciousness in front of several bystanders. Chauvin and three other Minneapolis police officers were fired after the incident.

Prosecutors focused on the video footage throughout the trial, arguing that Chauvin committed murder by kneeling on or near Floyd’s neck until his death. The former police officer’s defense attorney argued Chauvin acted in a reasonable manner and suggested that a heart condition and the drug fentanyl may have contributed to Floyd’s death.

Earlier in the day, President Biden said he had spoken to Floyd’s family in Minneapolis. He expressed hope that the jury would reach what he described as the “right verdict” in the case.

“I’m praying the verdict is the right verdict,” Biden said. “I think it’s overwhelming, in my view. I wouldn’t say that unless the jury was sequestered now.”