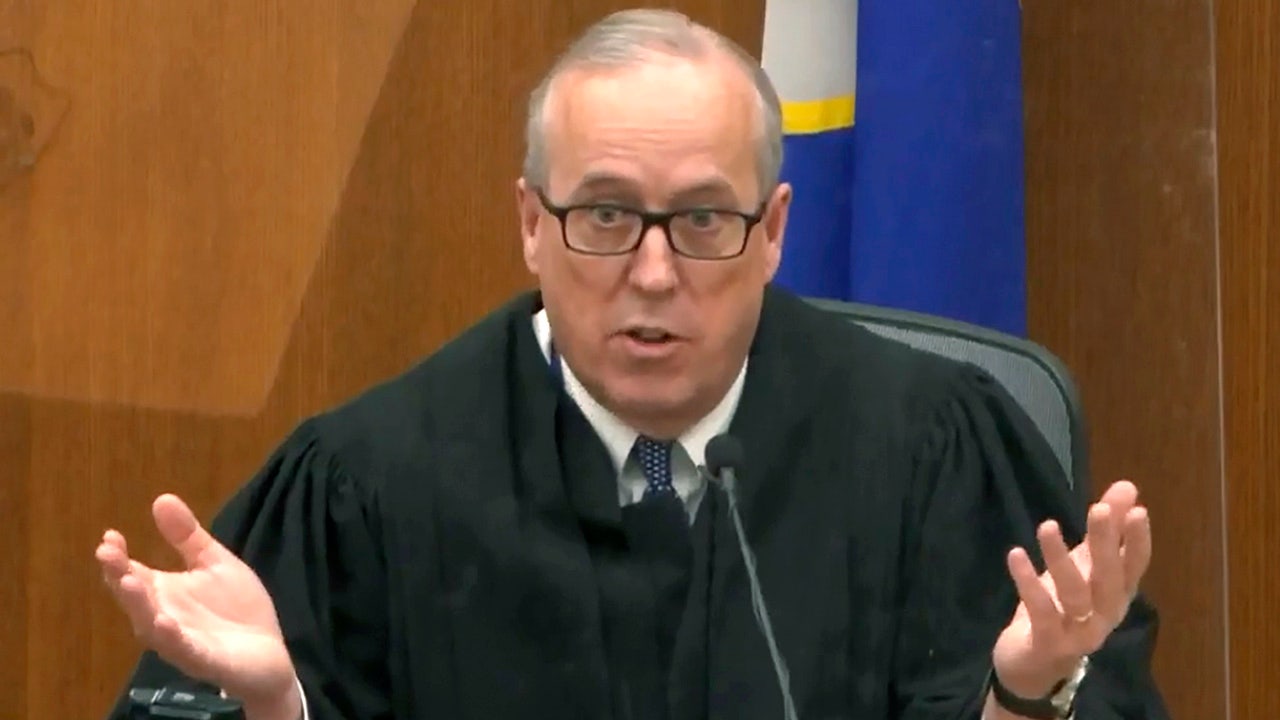 Former Minneapolis police officer Derek Chauvin is charged with second- and third-degree murder and manslaughter in the death of George Floyd last May.

Second-degree murder does not require the prosecution to prove Chauvin had “an intent” to kill Floyd, but the state must prove that Chauvin attempted to commit the underlying felony of assault in the third degree. Assault is defined as the intentional infliction of bodily harm, so prosecutors must prove Chauvin “intentionally” applied unlawful force without consent and it resulted in “bodily harm.”

Anyone guilty of third-degree murder under Minnesota state law caused the death of another person by perpetuating an act “eminently dangerous” to others and evincing a depraved mind, without regard for human life, but without intendent to cause death, Cahill explained. And second-degree manslaughter requires jurors to believe that Chauvin caused Floyd’s death through negligence and consciously took the chance of causing severe injury or death.

The multiple charges against Chauvin must be considered separately, Cahill said. That means the defendant may be found “guilty” or “not guilty” of any or all of the charges, “depending upon the evidence and the weight you give to it under the court’s instructions.”

Chauvin is presumed innocent of the charges made until proven beyond a reasonable doubt. Such proof, as Cahill explained, is “based upon reason and common sense” and how “ordinarily prudent men and women would act upon in their most important affairs.” It does not mean a fanciful of capricious doubt, nor does it mean beyond all possibility of doubt, Cahill said.

BIDEN OFFERED SUPPORT IN CALL WITH GEORGE FLOYD’S FAMILY, WHO SAYS PROTESTS SHOULD BE ‘PEACEFUL’

“Deciding questions of fact is your exclusive responsibility,” the judge continued. “In doing so, you must consider all the evidence you have heard and seen in this trial, and you must disregard anything you may have heard or seen elsewhere in this case.”

The jurors selected for the case said they could weigh the evidence fairly and impartially.

And the judge also reminded them of that as they embarked on deliberations. Cahill told jurors they must not let bias, prejudice, passion, sympathy or public opinion influence their decision, and they must not consider any consequences or penalties. He said the verdict must be unanimous and based only on the evidence presented in court and the law as he provides.

“You must be absolutely fair,” Cahill told the jurors Monday, adding, “This case is in your hands as judges of the facts. I am certain that you realize that this case is important and serious, and therefore, deserves your careful consideration.”

Each juror was given a copy of the 14-page instructions read aloud in court Monday before attorneys from both sides began their closing arguments. Cahill has said there will be at least an hour between him being notified that the jury reached verdicts and them being read in court in order to allow certain parties to be notified and present when the decisions are disclosed, the Minneapolis Star Tribune reported.

The judge also said that if the jury reaches verdicts near 7 p.m. local time — when deliberations should wrap each day — he will wait until the next morning to have them read in order to avoid the announcement meaning made after dark when civil unrest would likely occur.

“It is your duty to decide the questions of fact in this case. It is my duty to give you the rules of law you must apply in arriving at your verdict,” Cahill said. “You must follow and apply the rules of law how I give them to you, even if you believe the law is or should be different.”

After attorneys from both sides concluded closing arguments on Monday, Chauvin’s defense attorney, Eric Nelson, asked Cahill to declare a mistrial, arguing there is a “high probability” jurors were exposed to controversial comments made by Rep. Maxine Waters, D-Calif., in nearby Brooklyn Center, Minnesota.

“And now that we have [a] U.S. representative … threatening acts of violence in relation to this specific case, it’s mind-boggling,” Nelson told the court on Monday, as he attempted to argue that the jury may have been unduly influenced by external factors. Though Cahill denied the defense’s request, the judge said, “I’ll give you that Congresswoman Waters may have given you something on appeal that may result in this whole trial being overturned.”