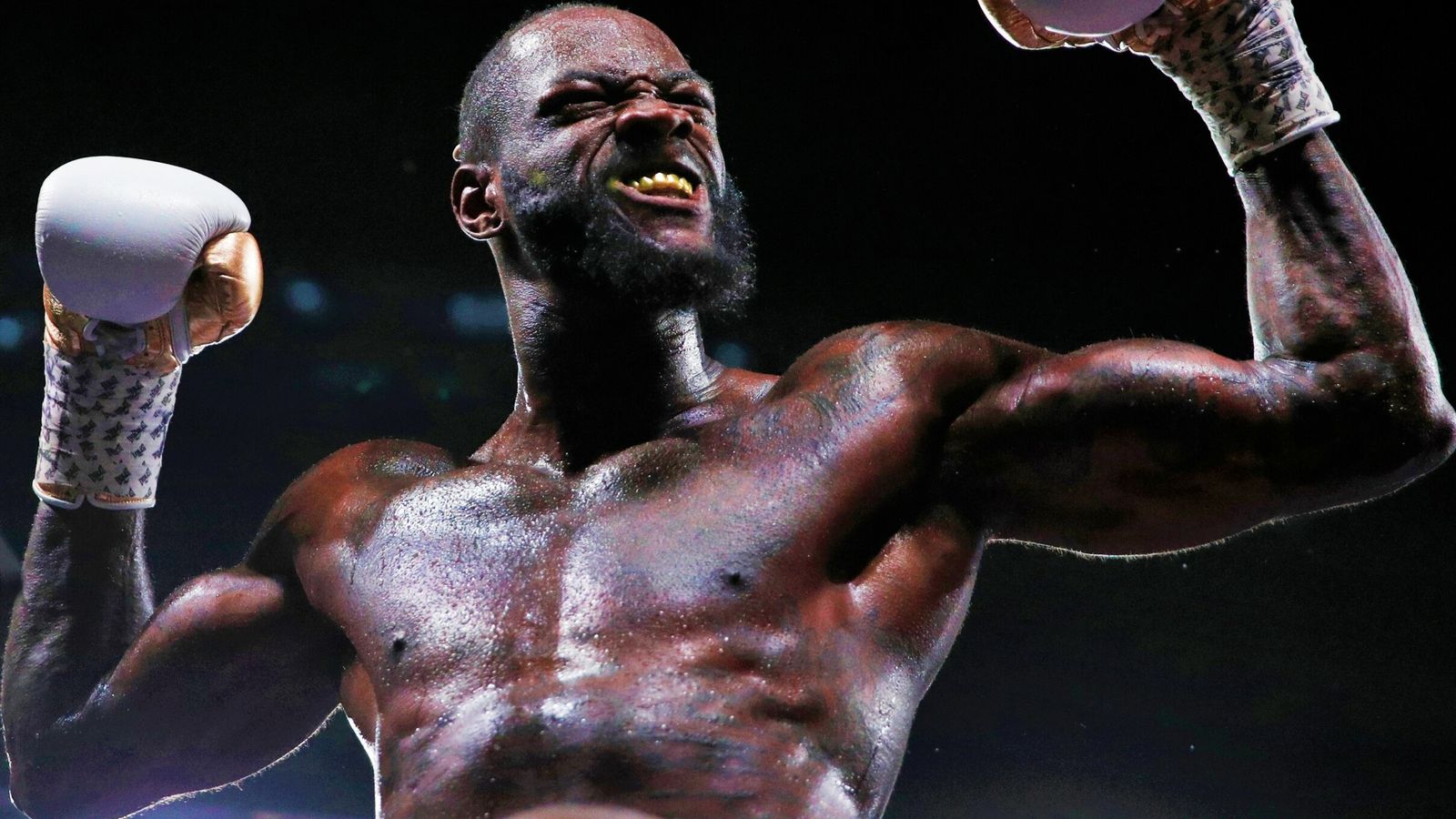 Deontay Wilder says Anthony Joshua is ‘making up excuses’ to prevent their long-awaited fight, but insists he will eventually knock out the British star in ‘devastating fashion.’


The American still wants an undisputed world title clash against Joshua, if he regains the WBC heavyweight belt in a trilogy fight with Tyson Fury in Las Vegas on July 24.

Joshua is set to defend his WBA, IBF and WBO titles against WBO mandatory challenger Oleksandr Usyk, with Tottenham Hotspur Stadium expected to stage the fight in September.

“Most definitely, hands down [I want the Joshua fight], Wilder told Sky Sports.

“Without no excuses, no mandatories, nothing in the way.

No-one really wants to fight someone like me, and I don’t blame them.

“As I see, they already making up excuses. They already got a mandatory planned ahead.

“No one really wants to fight someone like me, and I don’t blame them.”

Predicting a victory over Joshua by knockout, Wilder said: “In a devastating fashion.”

Wilder’s co-manager Shelly Finkel has reiterated that Wilder could be open to a fight with Joshua, telling Sky Sports: “You would then have to have Joshua beat Usyk in September, and then we can talk.

“Always have [wanted to make Joshua fight]. Deontay wants to be the undisputed champion, but first he has to take out Fury.”

Fury and Joshua had planned to fight for all the world titles this summer in Saudi Arabia, but Wilder received his opportunity to reclaim the WBC belt after a ruling from an arbitration judge.

“He [Fury] was very immature. His team was immature to look past us,” said Wilder.

“It was a foolish, I wouldn’t even say a mistake, because they knew what they were doing. Foolish of them, stupid of them to think that they would just go past us.

“Something that was contractual, agreed, signed, and delivered. I am the one that’s going to mess up those plans, and I just want that same energy kept when I knock Fury out.”

Wilder had racked up 42 victories, with his only draw and defeat coming against Fury, and the 35-year-old remains confident he can still be recognised as the world no 1.

“Most definitely, the baddest man on the planet, that’s seeking in his own admission, to become one champion, one face, one name,” he said.

Watch pound-for-pound star and fearsome puncher Naoya Inoue against Michael Dasmarinas in a world title fight from Las Vegas on Sunday at 3am, live on Sky Sports.