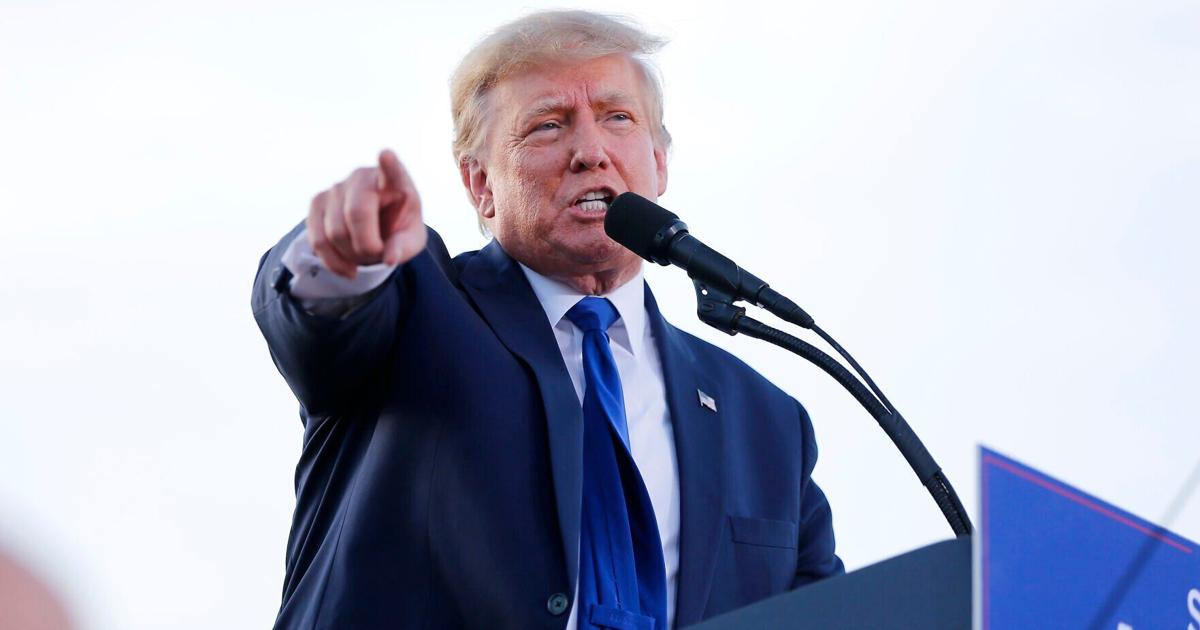 Two of Wisconsin’s presidential electors on Tuesday filed a lawsuit against 10 Republicans who attempted to cast electoral ballots for former President Donald Trump in January 2021, along with two attorneys who supported the fraudulent effort.

The lawsuit, filed in Dane County Circuit Court, alleges the group “not only helped lay the groundwork for the events of January 6, 2021, but also inflicted lasting damage on Wisconsin’s civic fabric.” The plaintiffs — two electors and a Wisconsin voter — are asking a judge to find that the fake electors broke state laws, award plaintiffs up to $2.4 million in damages and bar the defendants from serving as presidential electors for the state in the future.

“The individuals named in this case schemed to hijack Wisconsin’s role in selecting the president of the United States and to override the will of the voters. We must hold them accountable for their illegal, unprecedented and profoundly anti-democratic actions,” said Jeff Mandell, an attorney for the plaintiffs, in a statement.

The lawsuit follows a similar complaint filed by Law Forward — one of the law firms representing the plaintiffs — and dismissed in March by the Wisconsin Elections Commission. According to Law Forward, it is the first lawsuit of its kind filed among the seven swing states in which Republican electors made similar efforts to cast electoral ballots in spite of the fact that President Joe Biden won.

In Wisconsin, 10 Republicans gathered in the state Capitol on Dec. 14, 2020, and signed papers claiming Trump had won the state’s 10 electoral votes and sent them to the U.S. Senate, the National Archives, Wisconsin’s secretary of state and a federal judge. They did so on the same day the state’s Democratic electors met in the Capitol to officially cast the state’s electoral votes for Biden.

Several recounts, lawsuits and a nonpartisan audit have confirmed that Biden won the state in 2020 by about 20,000 votes.

The New York Times reported in February that, in the weeks following the November 2020 election, lawyers supporting the Trump campaign discussed putting in place “alternate” slates of electors in an effort to block the congressional certification of the election on Jan. 6, 2021.

They included Jim Troupis, who represented the Trump campaign in Wisconsin, and Boston-area attorney Kenneth Chesebro — both of whom are named as defendants in the new lawsuit. Other defendants include Bob Spindell, who serves on the state Elections Commission; former Republican Party of Wisconsin chairman Andrew Hitt; former De Pere Ald. Kelly Ruh; and Darryl Carlson, who now serves as gubernatorial candidate Kevin Nicholson’s campaign manager.

Hitt told the Associated Press in March that he didn’t believe Republicans’ actions would change the outcome of the election, but that casting the ballots would “ensure all options were preserved in case of a court decision favorable to the Trump legal team in ongoing litigation.”

The lawsuit filed Tuesday argues that “although Defendants were unsuccessful in having their fake ballots counted, they caused significant harm simply by trying, and there is every reason to believe that they will try again if given the opportunity.”

Republicans brushed off the legal challenge.

“This frivolous lawsuit from a liberal group is yet another Democrat attempt to resurrect a baseless story from two years ago,” said Republican Party of Wisconsin Chairman Paul Farrow in a statement. “Even the Wisconsin Elections Commission voted unanimously to not sanction anyone. Democrats have tried to use this event to distract from their abysmal record on election reform. It didn’t work then and it won’t work now.”

The case has been assigned to Dane County District Judge Frank Remington.

Share your opinion on this topic by sending a letter to the editor to tctvoice@madison.com. Include your full name, hometown and phone number. Your name and town will be published. The phone number is for verification purposes only. Please keep your letter to 250 words or less.