Democrats come up with Plan B for raising the minimum wage. Republicans keep lying about it 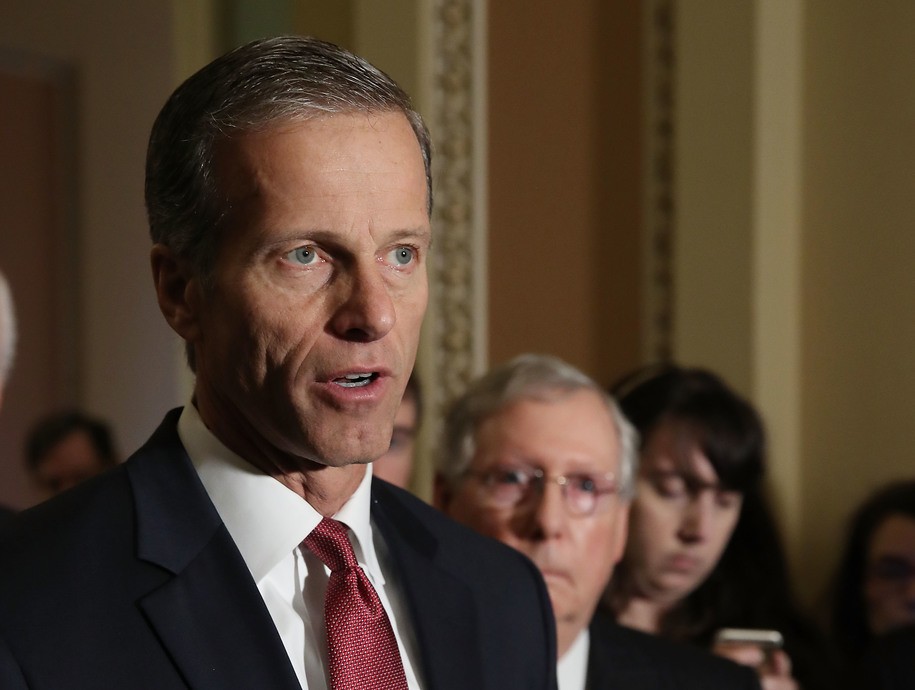 Republicans, meanwhile, are spewing an avalanche of fecal lies about the minimum wage. “I started working by bussing tables at the Star Family Restaurant for $1/hour & slowly moved up to cook – the big leagues for a kid like me– to earn $6/hour,” tweeted Sen. John Thune. That’s fascinating. Good for a kid like him reaching the big leagues. What does it have to say about today’s minimum wage?

The Washington Post’s Philip Bump lays it out: “But Thune was born in 1961, meaning he turned 18 in 1979. The national minimum wage at that point was $2.90, which, if adjusted to 2021 dollars using the consumer price index, is more than $11. That $6 an hour, once adjusted, is far more than the $15 being considered. Because, you know, inflation.”

Similarly, Sen. Roger Marshall would like us to know that he paid for college and graduated debt-free by working minimum wage. He did that at a time when it took 343 hours of minimum wage work to pay the tuition at Kansas State University, which he attended. Today it would take an average of 1,214 hours of minimum wage work to pay tuition at a state university. That’s the difference between working less than seven hours a week year-round and having your college tuition and working more than 23 hours a week year-round. And of course tuition is just one factor: University fees have gone up and the cost of living has gone up, and Marshall isn’t talking about any of that.

The Washington Post has a fabulous resource for assessing these “when I was a lad” claims by Republican senators. Plan to refer to it often. But of course that’s not the only brand of specious attack you’re going to encounter as Democrats continue the fight to raise the minimum wage.

You’re going to hear that a higher minimum wage will destroy jobs. Here are the facts, courtesy of University of Massachusetts professor Arindrajit Dube, one of the top economists of the minimum wage: He and some colleagues “examined the effects of 138 state-level minimum wage increases from 1979 to 2016 in the United States. Comparing states that increased their minimum wages with states that did not, we found the change in employment (in the five years after the change occurred) took place in a narrow band around the new minimum wage: Understandably, jobs paying below the minimum decreased—since wages rose. But at least as many jobs were added at the new, higher wage—meaning jobs were upgraded, not destroyed. All told, the number of low wage jobs barely budged.”

Those facts won’t keep Republicans from lying, but they are facts, backed by large amounts of data.

You’re going to hear from Republicans that a higher minimum wage is bad for small business—an argument that the new Democratic plan neatly deals with by taxing large corporations that don’t raise their minimum pay, while offering tax credits to small businesses that do raise their wages.

Even the Congressional Budget Office’s extremely conservative assessment of raising the minimum wage to $15 in 2025 finds that doing so will lift 900,000 people out of poverty. Republican lies are meant to obscure the fact that they want those people to stay poor so that CEOs and wealthy shareholders can get richer.

Things to do in Ticino – The Lake Como of Switzerland