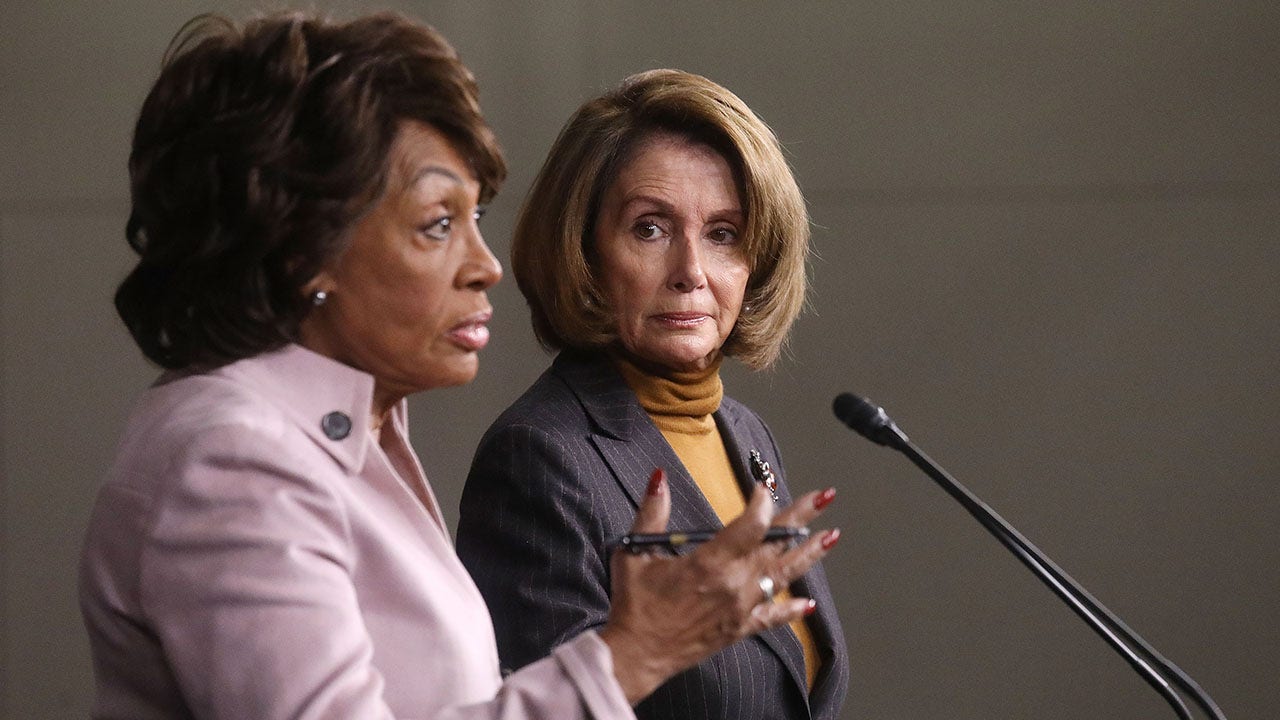 They heard the remarks of House Financial Services Committee Chairwoman Maxine Waters, D-Calif. Waters pushed demonstrators to be “confrontational” if the verdict in the Derek Chauvin trial didn’t go the way she wanted.

That disgust metastasized further after Hennepin, MN County Judge Peter Cahill criticized Waters from the bench on Monday, describing her comments as “disrespectful to the rule of law.”

“Congresswoman Waters may have given you something on appeal that may result in this whole trial being overturned,” opined Cahill to Chauvin’s defense counsel.

Just the fact that Cahill discussed Waters moments before the jury got the case, frustrated Democrats.

So McCarthy asked that the House censure Waters.

Censure is one of the three formal modes of discipline in the House, wedged between reprimand and expulsion.

“Censure” is a severe, formal rebuke by the House. The full House must vote to censure a member. It requires a simple majority vote. The censured member appears in the well of the House. The Speaker then scolds the offending member from the dais.

“It rises to that level because Maxine Waters believes there’s that value in violence,” said McCarthy on Fox about censure.

House Financial Services Committee Chairwoman Maxine Waters, D-Calif., presides over a markup of pending bills, on Capitol Hill in Washington, Tuesday, April 20, 2021. Yesterday, the judge overseeing the trial of a former Minneapolis police officer in the death of George Floyd says recent comments by Rep. Waters are “abhorrent” and says they could lead to a verdict being appealed and overturned. Rep. Waters had joined protesters on Saturday and called for protests to escalate if Derek Chauvin was not found guilty on murder charges. Chauvin’s defense attorney had motioned for a mistrial in light of Waters’ comments. (AP Photo/J. Scott Applewhite)

One Democrat even said he’d vote to censure Waters if the resolution was “reasonably worded.”

McCarthy noted that if the House censured the California Democrat, she’d lose her committee chairmanship.

“So maybe then she would learn once and for all, there is no value in violence,” said McCarthy.

The House has only censured 23 members in its history. The last was former Rep. Charlie Rangel, D-N.Y., in 2010 for a host of transgressions.

And, that number remains at 23.

As soon as McCarthy offered his proposal to punish Waters, House Majority Leader Steny Hoyer, D-Md., moved to table or set aside the proposal. The vote was one step removed from an actual up or down vote on censuring Waters.

And then, some of those same Democrats, who privately wanted to admonish Waters, didn’t.

Their push to sanction Waters crumbled faster than the European Super League.

The House, on a party-line vote, protected Waters by tabling McCarthy’s resolution, 216-210. Lawmakers were neither on the record, as for or against censuring Waters. Members just cast their ballots on whether the House should consider the resolution or torpedo it altogether.

Republicans argued Democrats only want to excoriate their side for helping spark the riot at the Capitol. GOPers said Democrats weren’t willing to take on their own.

“I’d like to see Maxine Waters, apologize for the inflammatory comments that she’s made inciting violence,” said House Minority Whip Steve Scalise, R-La. “It’s a powder keg down there. The last thing you want to do is make it worse, and especially, to give grounds for an appeal.”

“One of the hallmarks of our system is people are entitled to a fair trial. Sometimes a fair trial is difficult to conduct,” said Senate Minority Leader Mitch McConnell, R-Ky. “It is certainly not helpful for a Member of Congress, and even the President of the United States to appear to be weighing in, in public, while the jury is trying to sort through this significant case.”

Democrats may be angry at Waters for stirring the pot. But they believe Republicans capitalized on Waters language for political gain. Plus, Democrats found it rich that GOPers wanted to call out Waters, but not those on their side of the aisle.

“Kevin McCarthy should focus on his own conference because Republicans are a mess right now,” blasted Jeffries. “You’ve got a situation where Lauren Boebert is a mess. Matt Gaetz is a mess. Marjorie Taylor Greene is a mess. Clean up your mess, Kevin. Sit this one out.”

TAMMY BRUCE TORCHES MAXINE WATERS FOR VIOLENT MESSAGING TO PROTESTERS: THIS IS ‘FRAUD OF THE LEFT

“It is, however, irresponsible to take Chair Waters’ remarks out of context to just hold a ‘gotcha,’ partisan vote,” said Hoyer to Republicans on the floor. “If ‘confrontation’ is subject to sanction, then we’re going to have a lot of people on your side who we believe are confrontational every day.”

Hoyer charged that Republicans were “exploiting” the pain of those directly impacted by the death of George Floyd for a “partisan cudgel.”

Still, some Democrats confided to Fox they remained uncomfortable with Waters language.

Waters has pushed aggression before. In 2018, she goaded demonstrators to challenge Trump Administration officials in public over border policy.

“If you see anybody from that Cabinet in a restaurant, in a department store, at a gasoline station, you get out and you create a crowd,” implored Waters. “And you push back on them. And you tell them they’re not welcome anymore, anywhere.”

Still, some Democrats confided to Fox they remained uncomfortable with Waters language.

Representative Maxine Waters (D-CA) speaks to the media during an ongoing protest at the Brooklyn Center Police Department in Brooklyn Centre, Minnesota on April 17, 2021. – Police officer, Kim Potter, who shot dead Black 20-year-old Daunte Wright in a Minneapolis suburb after appearing to mistake her gun for her Taser was arrested April 14 on manslaughter charges. (Photo by CHANDAN KHANNA / AFP) (Photo by CHANDAN KHANNA/AFP via Getty Images)
(Getty Images)

Waters tangled with Rep. Jim Jordan, R-Ohio, at a recent hearing on COVID-19. After testy exchanges between Jordan and Dr. Anthony Fauci, Waters broke decorum. She told the Ohio Republican to “shut your mouth.”

Late House Speaker Tom Foley, D-Wash., had to intervene on the floor in the summer of 1994 after Waters refused to yield her speaking time, despite being gaveled down by former Rep. Carrie Meek, D-Fla., who presided from the dais.

NBC served as the television “pool” stationed outside Waters’ office on Tuesday. When Waters emerged from her office, NBC producer Haley Talbot tried to ask Waters simple questions about the Chauvin verdict, if she had anything to share with Minnesotans and what the Congresswoman made of the censure resolution.

“You are being confrontational,” Waters yelled at Talbot as she walked briskly down the hall.

Some Democrats wanted to confront Waters about her conduct. But they backed off since Republicans won’t confront some of the problems with members on their own side of the aisle.

As we say, it’s about the math.

Had just a few Democrats defected, the House would have censured Waters on Tuesday.

But they opted to avoid a confrontation.