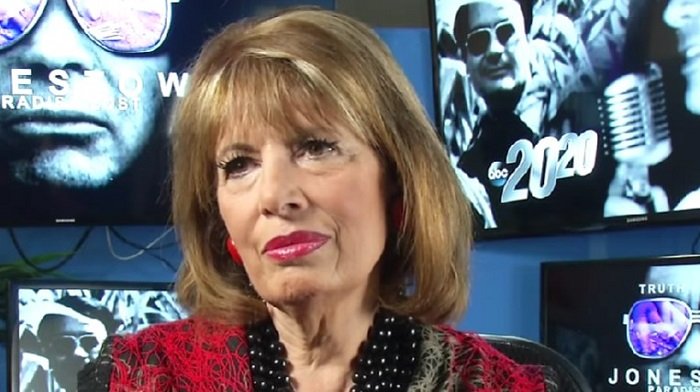 Congresswoman Jackie Speier (D-CA), in an interview with CNN’s Jim Acosta, condemned the Supreme Court’s recent decision to overturn Roe v. Wade and suggested that states banning abortion should force the “impregnator” to post a $350,000 “bond” to help take care of the child.

Speier, who shared her personal story of abortion on the House floor in a 2011 speech, was shown a clip of that moment during an interview with Acosta on Sunday.

“I realize the luxury, frankly, that I had,” to have an abortion at the time she explained, noting that luxury was “taken away from women today across this country.”

Speier went on to express agreement with fellow Representative Alexandria Ocasio-Cortez (D-NY), who suggested Supreme Court Justices need to be impeached because they “lied under oath.”

“There’s no question they lied and they did that under oath. So there should be consequences,” she concurred.

At the #StopTheBans rally, Rep. Jackie Speier says she is not ashamed of her second-trimester abortion, that she had for medical reasons, and criticized male state lawmakers for thinking “it’s ok to send women to prison or give them the death penalty for having an abortion.” pic.twitter.com/mJLaNBFW8t

In one of the more absurd responses to the abortion ruling by the Supreme Court, Representative Jackie Speier tossed out a suggestion that state legislatures take up bills that would force the “impregnator” to post a $350,000 bond to help care for the child.

“For all those states now saying a woman can’t get an abortion, I’d suggest their legislatures require the impregnators to put up a $350,000 bond so a mother can take care of that child,” she told Acosta.

Speier appears to, like many in her party, struggle to understand how sex works and that it takes two people to create life through pregnancy. She also seems to be a bit ignorant on the state of the economy and the number of people who have $350,000 in their bank accounts.

According to Open Secrets, Speier has a net worth of over $11 million.

ICYMI: Dem. Rep. Jackie Speier gave us this response to Roe being overturned: “For all those states now saying a woman can’t get an abortion, I’d suggest their legislatures require the impregnators to put up a $350,000 bond so a mother can take care of that child.” pic.twitter.com/Q3rmaUg0A0

Speier has made past arguments in which she focuses on the “impregnator” when it comes to abortion.

She warned in December as the case was being heard in the Supreme Court, “I think the country hasn’t seen the rage of women speaking out.”

She said pro-life laws are “intended to be misogynistic” and say nothing about the “responsibility of the impregnator.”

He should be subject to a DNA test &required to post a $300,000 bond for the child SCOTUS & reactionary legislatures suggest is nothing more than immaculate conception. The same people who don’t want mask mandates imposed on their bodies are ready to take control of our uteruses.

Made the Argument Before

Just last month, Jackie Speier said the ‘impregnator’ should post a $300,000 bond and cited mask mandates when arguing the government shouldn’t have control of women’s bodies.

“He should be subject to a DNA test [and] required to post a $300,000 bond for the child,” she tweeted, suggesting the Supreme Court believes pregnancies are a result of “immaculate conception.”

“The same people who don’t want mask mandates imposed on their bodies are ready to take control of our uteruses,” she added.

Speier’s reaction to the abortion case is similar to that of Representative Cori Bush, who likewise wanted to focus on the ‘impregnator.’

In that case, Bush (D-MO) wanted to know why Congress hadn’t been taking up “sperm regulation legislation.”

“You know, the very idea that we would take away men’s bodily autonomy is outrageous, like, it’s unfathomable,” she added.

“But truthfully sperm are busy. It’s busy. Who is regulating that? Who is saying something about it? … Where is that legislation?”

Speier, meanwhile, has argued that abortion is such a ‘luxury’ in today’s world that it amounts to little more than one having their wisdom teeth extracted.

This is a Congresswoman folks!

Abortion is terminating another human being!
There are risks of complications for mother during & after abortions
Women don’t cry for yrs mourning their wisdom teeth. pic.twitter.com/PG0DzwRPUr

“Abortions are one of the safest procedures you could do on an outpatient basis, safer than doing an endoscopy or doing a wisdom teeth extraction,” said Speier.

Of course, that’s not true. It only applies if you’re willing to completely overlook the fact that neither an endoscopy nor wisdom teeth extraction involves the death of a baby.