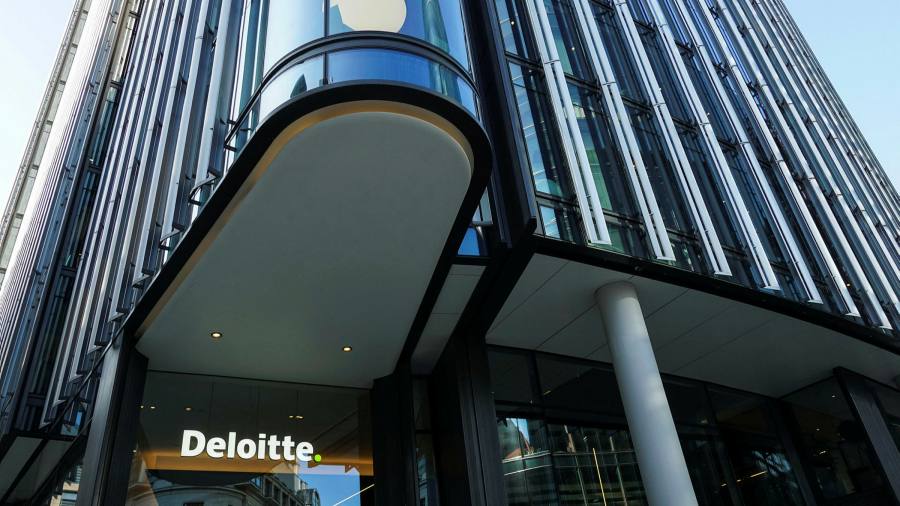 Deloitte has sharply scaled back its London office space in one of the most significant reductions of real estate by a UK professional services firm since the pandemic triggered a shift to hybrid working.

The Big Four accounting and consulting firm will leave a building at its New Street Square campus next month, taking to almost 250,000 sq ft the amount of office space it has abandoned in the British capital in the past year.

The firm’s exit from the 185,000 sq ft building, Hill House, follows its decision last year not to reopen another of its four New Street Square offices after pandemic lockdowns. It also closed its two-floor digital hub in nearby Clerkenwell last summer.

No jobs were lost as part of the changes and staff working from the closed buildings were moved to Deloitte’s remaining London offices, said one person briefed on the matter.

Anxiety over the future of offices and city centres has dogged developers, landlords and their investors since the start of the pandemic, with long periods of enforced homeworking and the shift to hybrid models of work posing a threat to commercial real estate. The sector is also facing higher costs to meet environmental regulations and the rise of flexible working groups like WeWork.

The long-term damage to developers is still not clear, as the return to work has been disrupted by the Omicron wave in the UK. During February, offices were still on average less than 25 per cent full, compared with average levels pre-pandemic of between 55 and 60 per cent, the FT has reported.

Deloitte has reduced its UK office portfolio more radically than its main competitors. It decided in 2020 to shut offices in Gatwick, Liverpool, Nottingham and Southampton during the pandemic, offering the 500 staff the option to keep their jobs if they worked from home full-time.

A recent internal survey found that the majority of its staff wanted to come into the office no more than two days a week. The firm told employees last year to decide for themselves how often they worked from home.

“We are constantly reviewing our office space requirements to reflect changes to our ways of working and our sustainability objectives,” said Stephen Griggs, Deloitte’s UK managing partner, adding that the firm would continue to make investments in its offices across the UK.

Deloitte has extended the leases on the two largest buildings in its New Street Square campus until 2036, leaving it with 485,000 sq ft at the Landsec-owned site where it has been based since 2007.

The UK’s fifth and sixth-largest accountants, BDO and Grant Thornton, have also closed secondary London offices that were no longer needed because of the shift to hybrid working.

BDO did not renew the lease on its 470-person Aldersgate Street site while staff were forced to work remotely during lockdowns in 2020. Employees based at the City of London building have relocated to the firm’s headquarters in Baker Street.

Grant Thornton has been subletting two floors at 110 Bishopsgate, which it said had “proven to be surplus to our requirements since the pandemic”. “We have no intentions to sublet any other property,” it added.

Their larger rival KPMG decided last year to shut its Manchester Technology Centre and move staff to its main office in the city because it no longer needed so much space.

Despite the rise of remote working, some professional services firms are trimming their office portfolios only slightly or maintaining a similar amount of space because the size of their workforce is increasing.

“New commuting patterns are currently offsetting the need for increased square footage even as the firm continues to grow,” said Paul Eagland, managing partner at BDO.

PwC, another large accounting firm, said “any potential reduction in demand on space through hybrid working will be offset by increased overall headcount”.