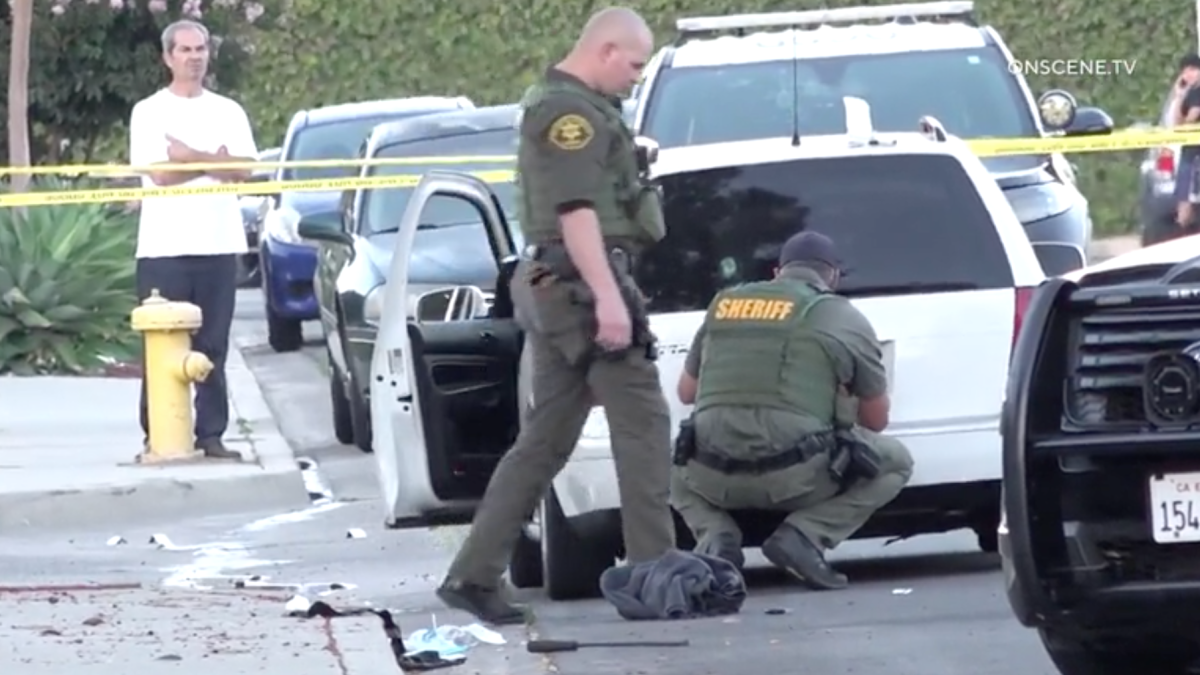 A 49-year-old pizza delivery man who is believed to have stopped to help a 76-year-old victim being attacked in the street was shot and killed, the Orange County Sheriff’s Department said Wednesday.

Deputies responded to the 7000 block of Lessue Avenue in Stanton at 7:21 p.m. and found two gunshot wound victims in the street.

Juan Cristalinas of Santa Ana was believed to be delivering a pizza when he stopped to help the 76-year-old.

Cristalinas and the older man were taken to the hospital where Cristalinas was declared dead, authorities said.

The other victim was in stable condition at the hospital, Sgt. Todd Hylton said.

“This is a tragic incident,” Hylton said. “It appears that the pizza delivery man, Mr. Cristalinas, was trying to be a good Samaritan and lost his life trying to assist another person.”

There was no detailed description of the gunmen.

Investigators were reviewing video surveillance in the area to find clues.

Anyone with information on the case is asked to contact the Orange County Sheriff’s Department at (714) 647-7000. Anonymous tippers can contact 1-855-TIP-OCCS.