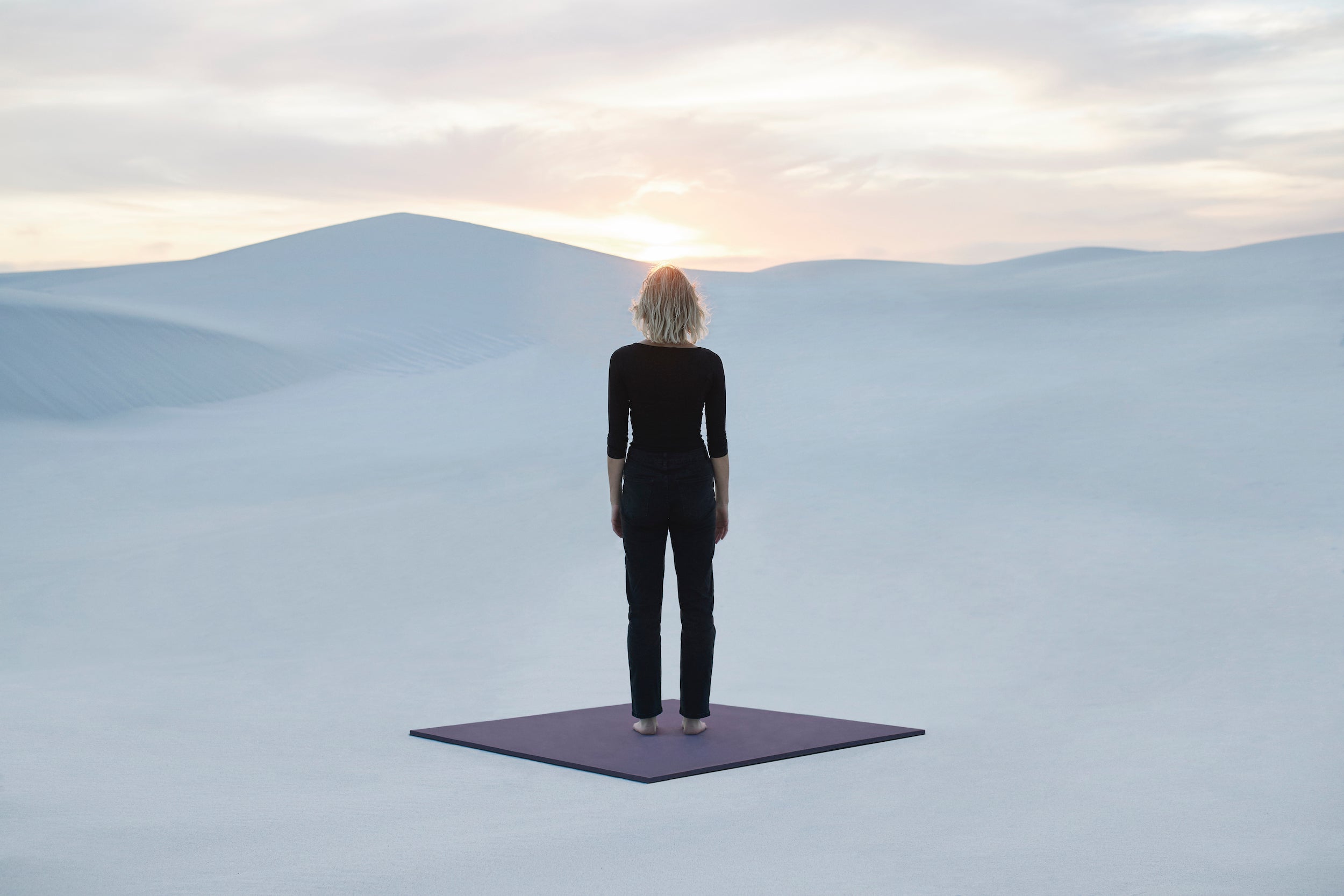 Our quirky minds thwart psychologists’ efforts to find durable theories. But terror-management theory has held up quite well since three psychologists proposed it more than 30 years ago. It holds that fear of death underpins many of our actions and convictions. We cling to our beliefs more tightly when reminded of our mortality, especially if those beliefs connect us to something transcending our puny mortal selves.

Physicists pride themselves on their rationality, yet they are as prone to existential dread as the rest of us, if not more so. Their investigations force them to confront infinity and eternity in their day jobs, not just in the dead of night. Moreover, physicists’ equations describe particles pushed and pulled by impersonal forces. There is no place for love, friendship, beauty, justice—the things that make life worth living. From this chilly perspective, the entirety of human existence, let alone an individual life, can seem terrifyingly ephemeral and pointless.

Steven Weinberg, arguably the greatest physicist of the last half-century, urged us to accept the soul-crushing implications of physics, and he rejected attempts to turn it into a substitute for religion. In Dreams of a Final Theory, Weinberg said science cannot replace “the consolations that have been offered by religion in facing death.” Weinberg, who died in July, was unusually resistant to wishful thinking (except for his thinking about a final theory). Other physicists, I suspect, cling to certain hypotheses precisely because they make mortality more bearable. Below are examples.

We Were Meant to Be Here

There is a whole class of conjectures that, like religion, give us a privileged position in the cosmic scheme of things. Call them we-were-meant-to-be-here theories. They imply that we are not an accidental, incidental part of nature; our existence is somehow necessary. Without us, the universe might not exist. One example is the anthropic principle, which dates back to the 1960s. The anthropic principle suggests that the laws of nature must take the form that we observe because otherwise we would not be here to observe them.

Quantum mechanics has inspired lots of we-were-meant-to-be-here proposals because it suggests that what we observe depends on how we observe it. Look at an electron this way, it behaves like a particle; that way, it resembles a wave. Physicists, notably Eugene Wigner and John Wheeler, have speculated that consciousness, far from being a mere epiphenomenon of matter, is an essential component of reality. Your individual consciousness might not endure, but consciousness of some kind will last for as long as the universe does. I critique these we-were-meant-to-be-here propositions here and here.

A more subtle source of consolation is what Richard Feynman, in The Character of Physical Law, calls “the great conservation principles.” According to these laws, certain features of nature remain constant, no matter how much nature changes. The best-known conservation law involves energy. Energy can take many forms—kinetic, potential, electrical, thermal, gravitational, nuclear—and it can change from one form into another. Matter can become energy, and vice versa, as Einstein revealed with his famous equation E = mc2. But if you add up all the kinds of energy at any given instant, that sum remains constant.

Other conservation laws apply to angular momentum and charge. In what way are these laws consoling? Because to be human is to know loss. When we look at the world—and at our own faces in the mirror—we see the terrible transience of things. What we love will vanish sooner or later. It is reassuring to know that, on some level, things stay the same. According to conservation laws, there are no endings or beginnings, only transformations.

The most consoling conservation law involves information. Physicist Leonard Susskind says conservation of information “underpins everything, including classical physics, thermodynamics, quantum mechanics, energy conservation, that physicists have believed for hundreds of years.” According to the law, everything that happens leaves its imprint, permanently, on the universe. Eons after you die, after the earth and the sun have vanished, every minute detail of your life will endure in some form—supposedly.

Back to multiverse theories, which stipulate that our universe is just one among multitudes. Physicists have proposed different multiverse theories inspired by quantum mechanics, string theory and inflation, a speculative theory of cosmic creation. What the theories all have in common is a lack of evidence—or even the hope of evidence. So what explains their popularity?

Here is my guess: physicists are freaked out by the mortality of our little universe. What was born must die, and according to the big bang theory, our cosmos was born 14 billion years ago, and it will die at some unspecified time in the far future. The multiverse, like God, is eternal. It had no beginning; it will have no end. If you find that proposition reassuring, perhaps you shouldn’t read this critique of multiverse theories.

The Upside of Determinism

Determinism, physics-style, assumes that reality is strictly physical. Everything that happens, including our choices, results from physical forces, like gravity pushing and pulling physical objects. Moreover every present moment is associated with a single unique past and a single unique future. I do not like determinism because it subverts free will and makes us more likely to accept that the way things are is the way they must be.

But I can see the upside of determinism. The world often seems disturbingly out of control. We have the sense that at any moment bad things might happen, on scales small and large. A truck might strike you as you cross the street, absent-mindedly brooding over quantum mechanics. A nearby supernova might bathe the earth in lethal radiation. Millions of my fellow citizens might become enthralled by a thuggish buffoon. A mutant virus might suddenly emerge from who knows where and kill millions of people.

We desperately want to believe that beneath the apparent randomness, someone or something is in control. God, for many people, is the tough but fair chief executive running this seemingly chaotic cosmic corporation. It is hard for us to see Her/His/Their plan, but She/He/They surely know what She/He/They are doing.

If you find the God hypothesis implausible, then perhaps an extreme form of determinism, called superdeterminism, might serve as a substitute. Superdeterminism attempts to eliminate several puzzling features of quantum mechanics, including the apparent randomness of quantum events and intrusive role of measurement. Two physicists I admire, Sabine Hossenfelder and Gerard ’t Hooft, have promoted the theory.

According to superdeterminism, the universe is not careening wildly into an unknowable future. It is gliding serenely, undeviatingly, along a rigid track laid down at the beginning of time. As a free-will fanatic I do not find this perspective comforting, but I understand why others do. If determinism is true, there is nothing you can do to change things, so sit back and enjoy the ride. Everything is as it should be—or must be.

The one physics principle that is hard to spin positively is the second law of thermodynamics. It decrees that all the creative energy in the universe will eventually dissipate, becoming useless heat. The marvelous, intricate structures that we see around us—stars, planets, cathedrals, oaks, dragonflies, human beings—will vanish. The universe will descend into heat death, a state in which nothing ever happens. Clever physicists have imagined ways in which we can escape this dismal fate, but their proposals do not seem much more plausible than the heaven hypothesis.

I don’t find any physics hypotheses very consoling. I wish I did. I have been brooding over death a lot lately because of my advanced age and the precarious state of the world. I have my consolations. I am a writer and father, so I fantasize about people reading my books after I’m gone, and I envision my son and daughter living good, fulfilling lives and possibly having children of their own. These wishful visions require civilization to continue, so I persuade myself that civilization, in spite of its manifest flaws, is pretty good and getting better. That’s how I manage my terror.

I delve into the philosophical and spiritual implications of science in my two most recent books: Pay Attention: Sex, Death, and Science and Mind-Body Problems: Science, Subjectivity and Who We Really Are.

See my podcast Mind-Body Problems and in particular my recent chat with Sabine Hossenfelder: “Consolations of Physics.”

See also “Meta-Post: Posts on Physics,” a collection of my columns on physics.

This is an opinion and analysis article; the views expressed by the author or authors are not necessarily those of Scientific American.

Snakes: Viper species from the Tibetan plateau discovered in museum

America to conservative Democrats: ‘We suffer while you debate’

RickWa Reacts to "America Recasts the Mario Movie" [By: videogamedunkey]