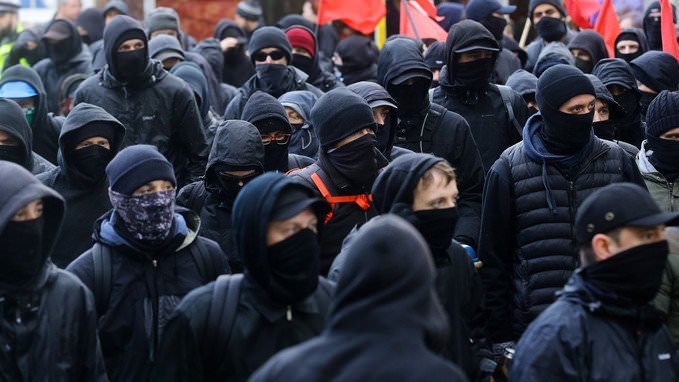 A DC-based Antifa group is offering a reward for tips on the locations of the conservative Supreme Court justices who voted to overturn Roe v. Wade.

The reward was offered in response to someone tipping off another group that Justice Brett Kavanaugh was having dinner at Morton’s Steakhouse in downtown DC on Thursday. He ended up having to leave out a back door after protesters arrived at the restaurant.

DC Service Industry Workers… If you see Kavanaugh, Alito, Thomas, Gorsuch, Coney Barrett or Roberts DM us with the details!

We’ll venmo you $50 for a confirmed sighting and $200 if they’re still there 30 mins after your message. https://t.co/xXWZ5JZiE7

The group offered $50 for confirmed sightings and $200 if the justice is still at the same location 30 minutes after the initial report.

The tip about Kavanaugh dining at Morton’s came through our text line 413-FOR-RUTH. No privacy for us? No peace for you, #SCOTUS6! https://t.co/OhaGPNaoDe

The group claimed that they were tipped off by a Morton’s employee.

“The tip about Kavanaugh dining at Morton’s came through our text line 413-FOR-RUTH. No privacy for us? No peace for you, #SCOTUS6!” the group tweeted.

One of our regular Wed #SCOTUS6 protestors sent this text: “Morton’s needed me to work tonight but mother f*cking Brett Kavanaugh is here eating. He could probably hear you from the street.” RT

The nation’s rage is growing. What would you do if you were his waiter? #SummerofRage pic.twitter.com/LFbFnFpYxZ

White House Press Secretary Karine Jean-Pierre said during Friday’s press briefing that the administration has no problem with pro-abortion activists targeting justices at restaurants where they are eating dinner.

Karine Jean-Pierre says Biden is fine with pro-abortion activists protesting outside the restaurant where Justice Brett Kavanaugh was eating pic.twitter.com/pOILFiwwaw

Jean-Pierre asserted that “people should be allowed to do that.”

“Outside of a restaurant, if it’s peaceful… for sure,” she said.

Doocy asked if the White House is of the belief that the justices have no right to privacy.

“But Peter, this is, this is… people have the right — this is what a democracy is,” she said.

The White House also previously refused to condemn the activists protesting outside the homes of the justices.

“These activists posted a map with the home addresses of the Supreme Court justices. Is that the kind of thing this president wants to help your side make their point?” Fox News reporter Peter Doocy asked during a White House press briefing on May 5.

Jen Psaki says Biden has no position on pro-abortion activists posting a map of the HOME ADDRESSES of Supreme Court justices pic.twitter.com/MKoDJLr8CW

Psaki later tweeted that, “[President Joe Biden] strongly believes in the Constitutional right to protest, but that should never include violence, threats, or vandalism. Judges perform an incredibly important function in our society, and they must be able to do their jobs without concern for their personal safety.”