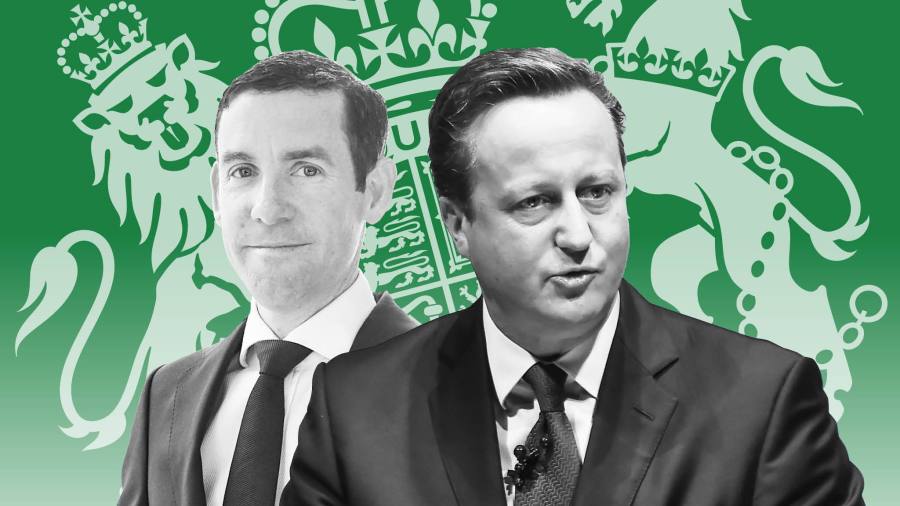 David Cameron lobbied the UK government to increase Greensill Capital’s access to state-backed emergency Covid-19 loan schemes, months before the finance company collapsed and left the taxpayer on the hook for potential losses.

The former UK prime minister, who became an adviser to Greensill in 2018, pressed his former colleagues to give the company a bigger role in programmes designed to keep credit flowing to pandemic-hit businesses, according to people briefed on the matter in Whitehall and the City.

Public records show Greensill representatives had 10 virtual meetings between March and June last year with the two most senior officials at the Treasury as they sought access to a Bank of England loan scheme.

What the records do not show — but the FT has established from industry and Whitehall sources — is that Cameron also intervened personally on behalf of the company.

Treasury officials were reluctant to include Greensill in the Bank of England’s Covid Corporate Financing Facility, even though the finance group said “concerns about their eligibility for the CCFF were misplaced or could be addressed”, according to the records released under the Freedom of Information Act.

Greensill then deployed Cameron to lobby his former colleagues. The former prime minister approached the Treasury and 10 Downing Street — through both his personal email and at least one phone call, according to two people familiar with the conversations. The FT contacted both Cameron and his spokesman asking for comment but they did not respond.

In mid-May, as Treasury officials continued to resist Greensill’s approach, chancellor Rishi Sunak stepped in and asked Charles Roxburgh, the second permanent secretary at the Treasury, to give the company a further hearing.

An official summary of that conversation prepared for Roxburgh and released following a freedom of information request from the FT, says: “At the Chancellor’s request you took a call from Greensill last night (May 14). You set out that no decision had yet been taken but the Chancellor had asked you to revert to them on two points.”

By early May, the FT had flagged the rising number of defaults linked to Greensill, reporting that a string of the firm’s clients had reneged on their debts in high-profile corporate collapses and accounting scandals.

On May 18 Roxburgh broke the news that a proposal to expand the Bank of England scheme to allow Greensill to use it to write credit to small businesses would “not be likely to bring sufficient benefits to UK SMEs”. Sunak believed that the government should instead prioritise other schemes, the official told the company.

A month later there was a final meeting on June 26 where once again Roxburgh told the company its request had been rebuffed.

At this point Greensill, which was founded by the Australian financier Lex Greensill, made a new request. It asked if the Treasury could allow it to write bigger loans under the separate Coronavirus Large Business Interruption Loan Scheme, through which the state guarantees up to 80 per cent of loan amounts.

Greensill had been admitted to the programme in June but while other lenders such as Barclays could issue CLBILS loans of up to £200m, companies using supply chain financing — including Greensill — were limited to a cap of £50m.

Greensill asked that its cap be raised to £200m. That demand also went nowhere, with Roxburgh saying £200m would represent “significant exposure”.

However, even at the lower limit, Greensill was still able to lend hundreds of millions of pounds through multiple loans to companies linked to Sanjeev Gupta, the steel tycoon behind GFG Alliance.

Those loans are just part of taxpayers’ current exposure to more than £1bn of debts linked to Gupta and Greensill via three different state guarantees. Officials are now assessing the government’s likely exposure to the failed Greensill and troubled GFG.

While Cameron’s lobbying attempts were ultimately fruitless, they will raise concerns about the “revolving doors” between government and the private sector.

One Whitehall official said the number of meetings reflected the fact that the company had requested “follow-up meetings” while other companies had not. The official also said the group deserved consideration as the biggest player in the market.

“The meetings in question were primarily about broadening the scope of CCFF to enable access for providers of supply-chain finance, which — following a call for evidence and discussions with several other firms within the sector — we decided against and informed the businesses concerned.”

Cameron’s other work for Greensill has seen him visit the offices of an insurance broker in Sydney who was later dismissed after an internal investigation found he had breached risk limits by granting too much coverage to Greensill.

As part of his pay from Greensill, Cameron was granted share options that could have been worth tens of millions of pounds had the company floated on the stock market as expected. Instead, after Greensill filed for administration earlier this month, they are worthless.