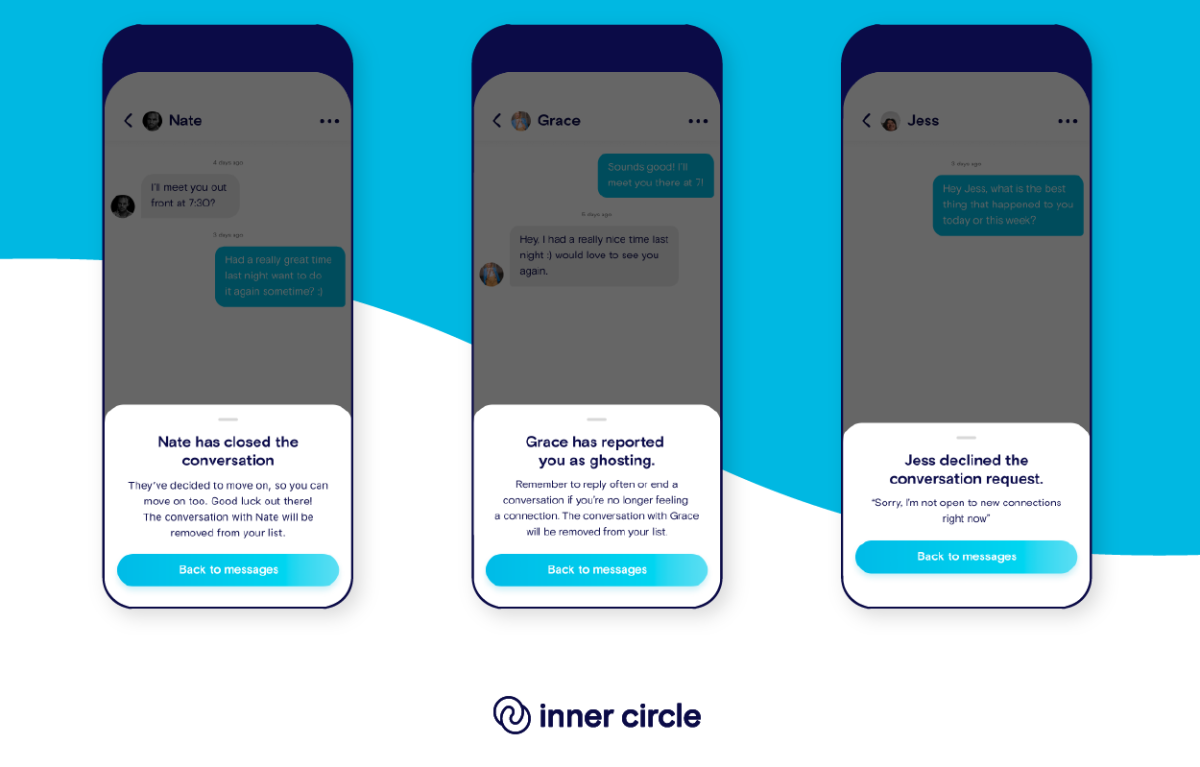 Online daters everywhere fear “ghosting.” Inner Circle, a global dating app, is hoping to address this ongoing problem with the launch of five new features that aim to put a stop to the hurtful online dating experience where people cut off contact with another person without any warning or explanation. 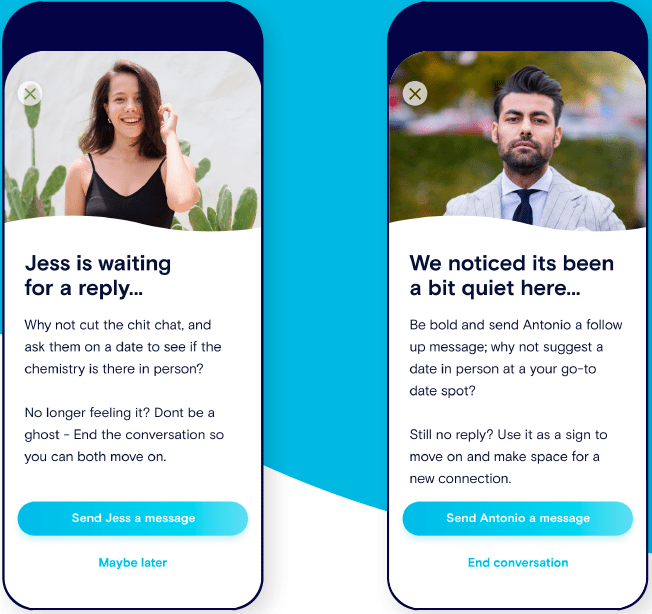 With anti-ghosting reminders, Inner Circle notifies users if there is a message that they haven’t replied to in 48 hours. This helps remind a user who possibly didn’t see the message and gives them a second chance to connect.

However, users can also decline the message with Inner Circle’s new decision prompts. This allows the user to say no to opening a message, signifying to the potential match that they’re not looking for new connections right now.

This may be a less sensitive way of telling someone to move on, but it does make it easier for people to cut to the chase. 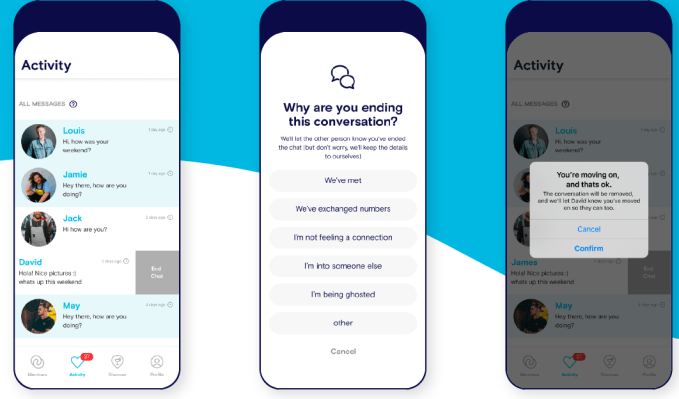 It can be hard to let a stranger know you’re not interested face-to-face, let alone through an app. With Inner Circle’s new “End Conversation” feature, users can let the person know they’re just not that into you.

Users can swipe on the message to select “End Chat.” The app will then prompt them to choose a reason for ending the conversation — whether that’s because they’ve already met the person, just not feeling it, into someone else, or other reasons. Users can also end the conversation because they think they are being ghosted. The other match will be notified that the conversation has been closed and why.

Pinned conversations allow Inner Circle users to pin up to five chats so they can focus on matches they want to prioritize.

Through a study commissioned by Censuswide, Inner Circle also found that many users experience dating fatigue. Two in five daters have even said they’ve gotten matches confused with each other, the company wrote in today’s announcement.

“Right now, online dating is giving daters more hassle than it’s worth,” Masha Kodden, CEO of Inner Circle, said in a statement. “We’re putting a stop to that. It’s always been our mission to help people date better, and this suite is the latest development on that path. Singles are right to expect better quality from both the apps they use and the people they talk to, so for anyone who’s sick of ghosting, poor chat and low effort, this one’s for you!”

Inner Circle is an Amsterdam, Netherlands-based bootstrapped startup founded in 2012 by David Vermeulen. The app has grown to over 4.8 million members.

According to the company, its team screens each user to ensure they only see “quality profiles from people you’d actually want to go on a date with,” Inner Circle wrote on its website. Because of the screened profiles, there is less chance for catfish profiles and spammers, the company claims.

Inner Circle is available to download on Android and iOS devices.

Ghosting is a common practice among online daters. Dating apps have tried to stop the trend with various features.

For instance, Match Group—the company that owns Tinder, Hinge, Plenty of Fish and other leading dating apps–announced a feature in 2021 that nudges users suspected of ghosting so the user can unmatch or send a message that they’re not interested.

Also, Hinge has a “Your Turn” feature that reminds users when it’s their turn to respond.

The video-first dating app, Snack, has an anti-ghosting feature that reports users that ghost too frequently. The more someone ghosts, the less a user’s profile gets seen.