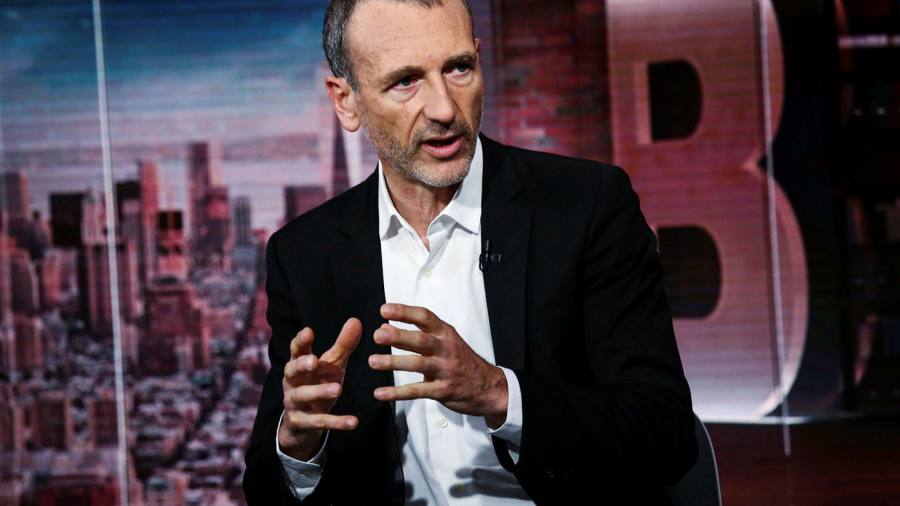 Danone chief executive Emmanuel Faber has defended his turnround plan at the French consumer goods maker, which has come under fire from a group of dissatisfied shareholders.

“I am conscious of the fact that this is not an easy moment for our shareholders,” he told the Financial Times, as Danone reported largely in-line annual results on Friday with its stock at seven-year lows.

“We take the decline of the share price very seriously. I have been talking to all our shareholders over the last several months and will continue to do so.”

But Faber said moves he has laid out since October — to cut €1bn in costs by 2023, restructure along geographical rather than category lines, renew management ranks, and sell underperforming businesses and brands — would pay off.

“We are starting this pivot to reinvent Danone . . . we can deliver superior, profitable, sustainable growth in the long term. But to do this, we need to adjust the way the company works.”

The company behind brands like Activia yoghurt and Aptamil baby formula pledged to provide details at an investor day on March 25.

Faber, who has been at the helm since 2014, hit back against the critique made by activists that Danone had lagged competitors such as Nestlé and Unilever, pointing out that it had “gained or grown market share in 70 per cent of our businesses last year”.

Pressure has been mounting on Faber, who is also board chairman, since activist investor Bluebell Capital made a public call in January for him to be replaced.

It has been joined by Artisan Partners, a US-based fund which says it is Danone’s third-biggest shareholder. It criticised the group for lagging “on almost every measure” in recent years despite having “one of the best collections of assets in the global food industry”.

Artisan has enlisted a former Danone executive and consumer industry veteran Jan Bennink to draft a new strategy, which it presented to the board this week. The fund detailed its “wishlist” of changes that include splitting the chairman and chief executive roles, ousting Faber, and halting the organisational overhaul he has championed.

Faber declined to comment on Artisan’s proposals, or on whether he was the right person to lead Danone through its promised turnround.

“The topic is not me. The topic is the company and what it is doing,” he said. “I’m leading this right now and we are very clear that this is the agenda that will restore growth.”

Danone’s businesses in dairy and yoghurt, baby formula, and bottled water have been hit hard by the Covid-19 pandemic that has caused rapid changes to consumer behaviour, while pushing up costs on everything from transport to raw materials. In bottled water alone, Danone lost almost €1bn, or one-fifth of revenue, and €340m, or half, of operating profit last year as lockdowns kept people at home, sapping demand for high-margin small bottles of its Evian or Volvic.

Danone’s dairy business, its largest, generating almost half of group sales, took the smallest blow from the pandemic as sales fell 2.6 per cent on a reported basis to €12.8bn. It was helped by its expanding business in plant-based and vegan alternatives to milk and yoghurts sold under the brands Alpro, Silk, and So Delicious.

Faber has put such plant-based products at the centre of Danone’s strategy, and has set a goal for them to reach €5bn in annual sales by 2025 from more than €2bn in 2020. To that end, Danone on Friday announced the acquisition, for an undisclosed price, of California-based Follow Your Heart, which is a leader in vegetarian cheeses.

Faber said plant-based cheeses represented an untapped market for Danone. “You can imagine the potential of the growth there. We don’t need transformative deals to achieve our €5bn target.”

For this year, Danone expects the first quarter to be “tough” given continued business closures because of Covid-19 but said it would return to “profitable growth” in the second half and aim to keep annual profitability stable.

Iowa Students to Hear from NASA Astronauts Aboard Space Station