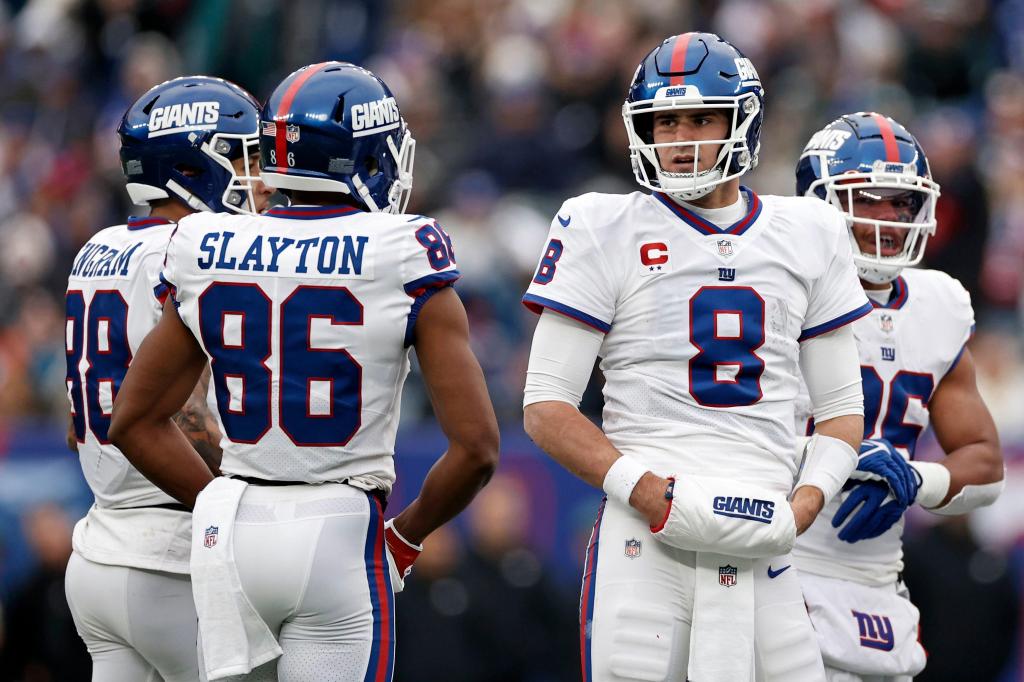 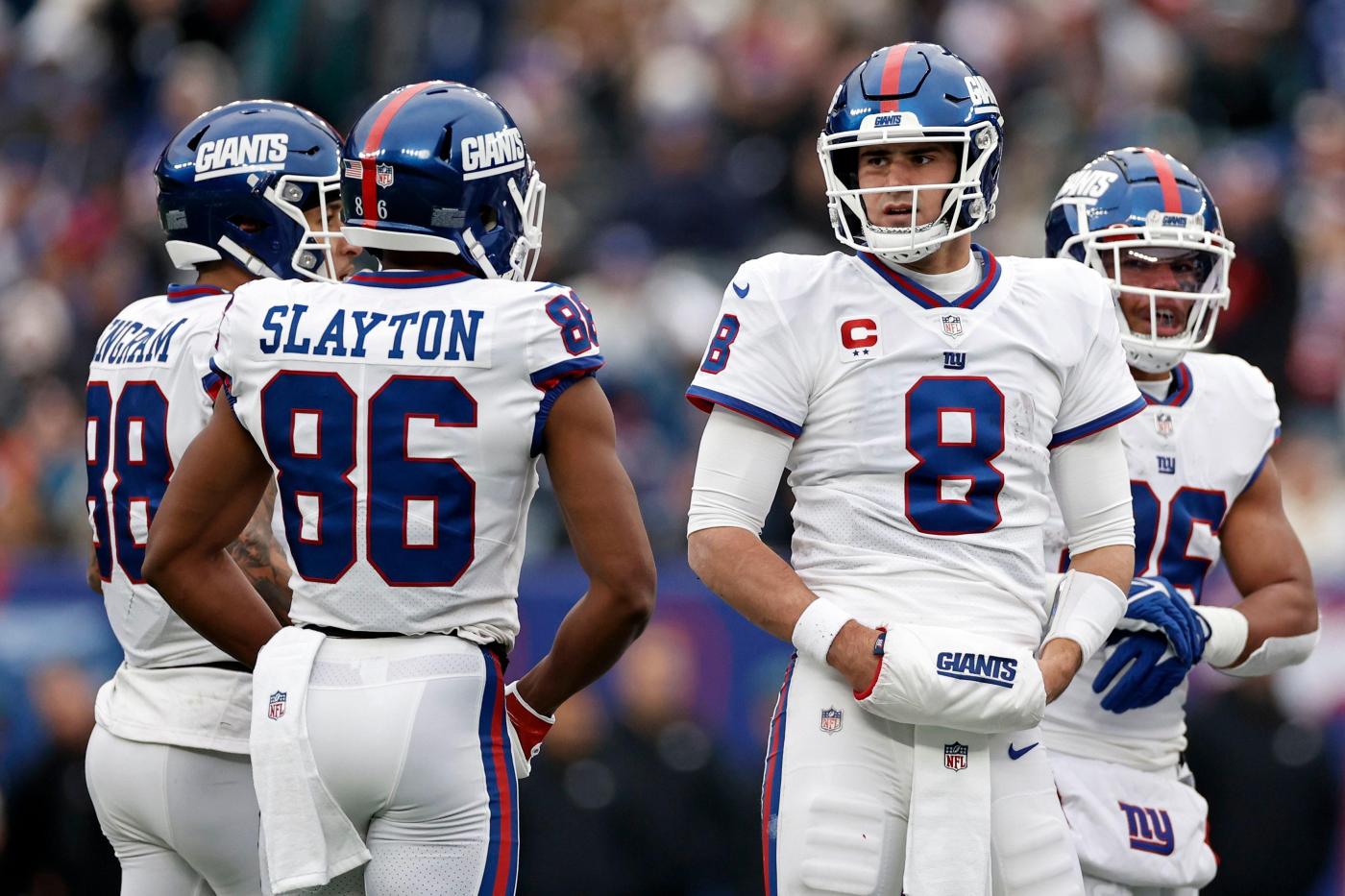 Joe Schoen and the Giants have been taking and making calls on many of their most talented players this offseason, from Saquon Barkley to James Bradberry to Kadarius Toney.

This is sensible due diligence, but Schoen also has to balance his aggressive approach with trying to give Daniel Jones a competitive roster in 2022, if that remains the GM’s aim.

Monday is the Giants’ deadline to pick up Jones’ fifth-year option. Schoen and head coach Brian Daboll will meet with ownership on Thursday to discuss how to proceed, per ESPN.

It doesn’t seem likely they will pick up his option, and it makes sense that they wouldn’t.

If Jones has a great fourth NFL season this fall, the Giants could use the franchise tag to retain his rights and look to sign him to a contract extension.

The tag would be more expensive than the fifth-year option they can lock in now. But guaranteeing Jones’ fifth year salary would run the risk of repeating the mistake the Carolina Panthers and Cleveland Browns made with Sam Darnold and Baker Mayfield, respectively.

The Giants don’t want to owe Jones millions in 2023 if he fails and they are drafting a first-round QB to play that year.

Jones, 24, deserves the best chance to succeed this season, too, however. And while Schoen can use this draft to arm Brian Daboll’s offense with a lot more weapons, it’s fair to wonder how much of a teardown this offseason is going to be if and when trade talks are completed.

And whether Jones’ effort to earn that next contract will be genuine or doomed from the start.

NO WORRIES ON NEAL

Sources tell the Daily News that zero NFL teams requested a medical recheck on 6-7, 337-pound Alabama OT Evan Neal, who is expected to be a top-5 pick on Thursday night.

There was a report on SI.com Wednesday that said some teams had raised knee and hip issues on Neal. But Neal never missed a college game due to injury, always practiced, and has had no surgeries.

That’s all while making 40 college starts at three different positions compared to the other top tackles Ikem Ekwonu of N.C. State (31) and Charles Cross of Mississippi State (22).

All of the offensive linemen are in play for the Giants, though Ekwonu projects to some scouts as more of a guard in the pros. The Giants have a high opinion of Cross. Neal also could be their pick, though there is a good chance he doesn’t make it to No. 5.

League sources continue to stress that Cincinnati corner Ahmad “Sauce” Gardner is in play at No. 5 for Schoen and the Giants. Schoen, meanwhile, is expected to continue working the phones in trade-back scenarios with two picks at Nos. 5 and 7.

The first-time GM sounded borderline eager to move down at last week’s pre-draft conference, provided he received a significant offer. Lots of other GMs want to trade down, too. It’s just a question if a fair offer exists.

Don’t be surprised if Schoen and the Giants make more changes to their front office and scouting staff after the draft.

The GM kept a large portion of the franchise’s existing staff intact when he first arrived heading into his first draft. The most notable change was his hiring of assistant GM Brandon Brown away from the Philadelphia Eagles and reassignment of Kevin Abrams to a new title and role.

Once this draft is complete, however, I would expect Schoen to tinker more with key roles on his staff. He’s been evaluating everyone the past few months. From salary cap management to scouting, everything has been under the microscope and warrants reevaluation.