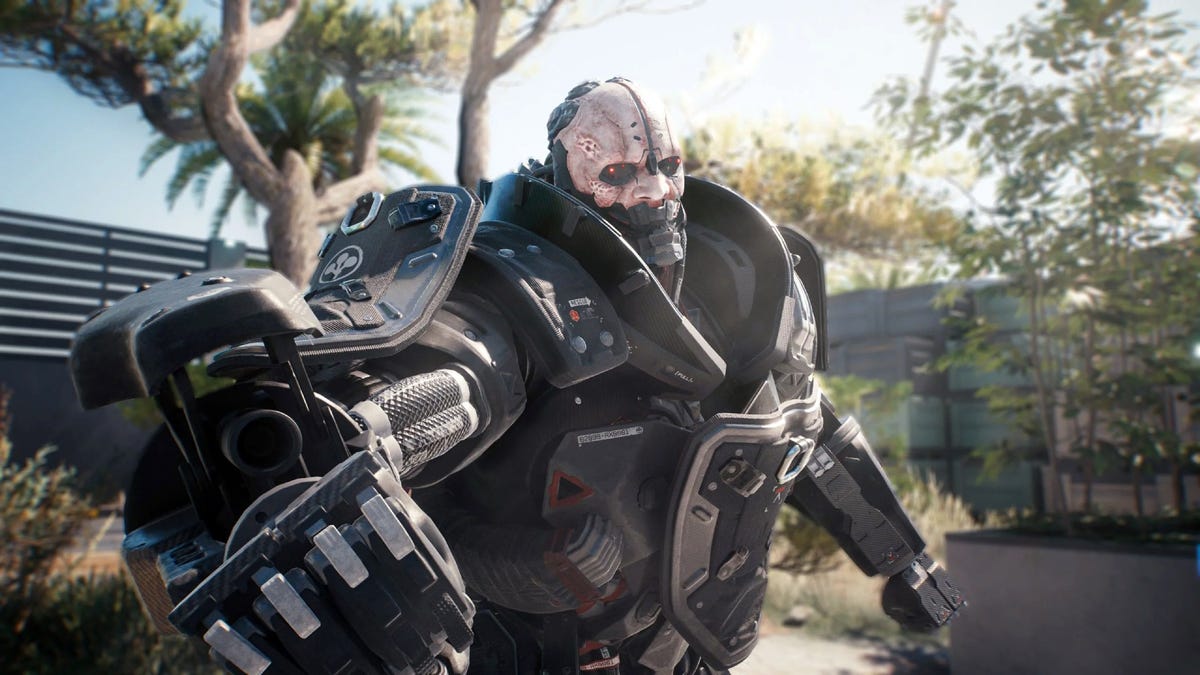 If you’ve spent any time on the internet this past weekend, whether Reddit or Twitter or YouTube, you’ve undoubtedly seen Cyberpunk 2077 all over the timeline again—and for good reason. With the recent debut of Studio Trigger’s excellent anime adaptation, Cyberpunk: Edgerunners, fans the internet over have flocked back to CDPR’s Night City in the literal millions to stroll the neon streets and shoot some goons. And a surprising number are gunning for one asshole in particular.

Read More: Netflix’s Cyberpunk: Edgerunners Tells The Story I Wished For In Cyberpunk 2077

Set about a year before Cyberpunk 2077, Edgerunners follows a reckless yet talented street kid named David “Dee” Martinez who finds himself in possession of some super-advanced military tech after losing everything in a drive-by shooting. To survive the harsh streets of Night City, David becomes an edgerunner, a black-market mercenary for hire. While he makes solid friends along the way to fame and fortune in the 10-episode series, David’s journey is also littered with blood and bullets. Some homies make it out alive. Others get crushed under the weight of Adam Smasher, an Arasaka employee and personal bodyguard to one of Cyberpunk 2077‘s main villains. Adam Smasher is also the fancy of the internet for killing a beloved character.

Hinted at in episode seven (“Stronger”) and introduced as Edgerunners’ big bad by episode 10 (“My Moon My Man”), Adam Smasher is the main throughline connecting the anime and game. And fans absolutely hate his guts. In the anime’s finale, Smasher drops his big-ass body on top of best girl—and fan fave—Rebecca during a tender moment between the gang. Rebecca is killed, her body bloodied and mangled. I guess he lives up to his last name, huh? Well, the internet wants to smash him too, especially since he also killed David at the end of Edgerunners.

With the revelation that Adam Smasher is a callous dick who, like Rebecca said before getting flattened in the anime, would interrupt folks “having a moment” by slaughtering them, Cyberpunk 2077 fans couldn’t let that ruthlessness slide. So, all over the internet are memes of people plotting their revenge. Redditor AlterRecords posted an image of Doomguy fending off demons in hell, with a caption plainly asking “where the fuck is Adam Smasher.” Twitter user DeadByRainbows shared a short clip of Jujutsu Kaisen’s Satoru Gojo reshaping Miguel’s face with his fists, intimating that Smasher’s next in line. YouTuber Red Smasher’s meme video imagines Christian Bale’s American Psycho character Patrick Bateman looking for, killing, and ultimately teabagging the augmented heavy. It’s what he deserves.

Even CDPR and Studio Trigger are encouraging folks to enact their revenge. After the game’s official Twitter posted about a sale (that runs on PlayStation until September 28), the anime’s official Twitter account retweeted it, saying Adam Smasher is yours for the killing if you own the game. And that’s true. You encounter him during Cyberpunk 2077‘s prologue, after he calls your V a “cut of fuckable meat.” (Ew.) While you need to cheat to kill him that early, you get a chance to put a legit bullet in his mecha-skull toward the game’s final act. That fight isn’t as glorious as David’s bout with the cybernetic bodyguard, but hey! Revenge always tastes sweet.

Now that Edgerunners is streaming on Netflix, Cyberpunk 2077 is seeing a renewed lease on life. Players are returning to Night City in droves, with roughly 100,000 people playing at any given time. At the time of this writing, for example, SteamCharts data suggests some 105,439 players are driving around Night City, some likely nursing a fresh vendetta. I know I’ve been.

Cyberpunk 2077 may be in better shape now that CDPR has released its latest update. Dubbed Patch 1.6, the Edgerunners update adds new side-quests, more clothing options, gear from Edgerunners, and copious fixes to stabilize performance. It’s a welcome patch, one that primes the game for when its only planned expansion, Phantom Liberty, drops sometime next year.