Culinary titans team up to open French-themed bakery in Hattiesburg 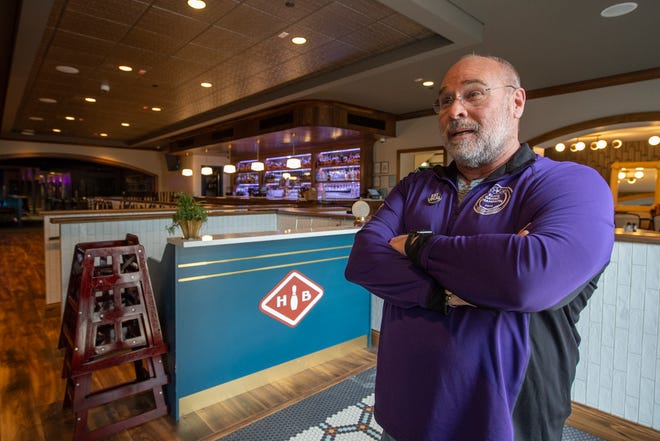 Two heavyweights in Mississippi’s culinary community are teaming up to open a new bakery in Hattiesburg.

“We are negotiating a lease right now,” St. John said. “It will be very close to where all of the other restaurants are. We are kind of grouped there. I planted my flag in midtown Hattiesburg between Highway 49 and Interstate 59.”

A native of the Mississippi Delta, Foose is known worldwide for her cookbooks and expertise with French pastries.

Foose’s cookbooks “Screen Doors and Sweet Tea,” which won the James Beard Award, and “A Southerly Course” have won acclaim worldwide, and she is generally recognized as one of the most acclaimed food writers and pastry chefs in America.

She worked for Le Brea Bakery with Nancy Silverton in California. She opened Bottletree Bakery in Oxford and was the executive chef for Viking in Greenwood, where she and her husband opened Mockingbird Bakery.

When the Middleby Corporation acquired Viking, the new company shuttered the bakery.

“So, Martha got in the cookbook business and won a James Beard award and has been sitting on go ever since,” St. John said. “I have been pushing her for about five years, and she always said that when her son goes to college, she will be ready. So, he is going to college (Mississippi State) this fall. So, we are fired up.”

St. John saied Foose is in the process of moving to Hattiesburg now.

St. John’s resume includes many things, but his latest projects include the renovation of the Capri Theater in Fondren and a restaurant-bowling alley combo and a tiki bar, all side-by-side.

He has spent nearly a lifetime in the restaurant business. More than 30 of those years have been as the owner of The Crescent City Grill, Mahogany Bar, Branch, Tabella, Ed’s Burger Joint, The Midtowner and El Rayo, all in Hattiesburg.

Those restaurants are in the same general footprint in Hattiesburg, where he and Foose expect to open shop in a few months.

“Martha and I were in Chicago last week at the restaurant show,” St. John said. “One morning, we hit 11 bakeries in 4 hours doing some (research and development). It was fun.”

St. John says that he has always loved baked goods and loves breakfast in general, which is why he opened the Midtowner in Hattiesburg.

“So, now I am going to have to figure out how to divide my time. Maybe, Monday, Wednesday, Friday at the bakery and Tuesday, Thursday, Saturday at the Midtowner.”