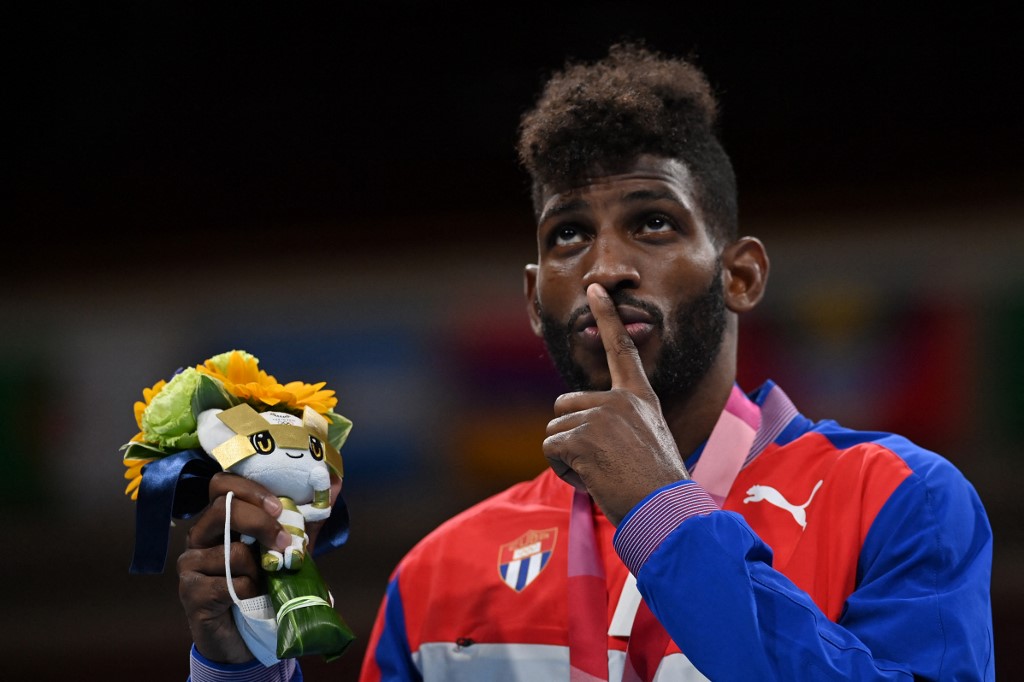 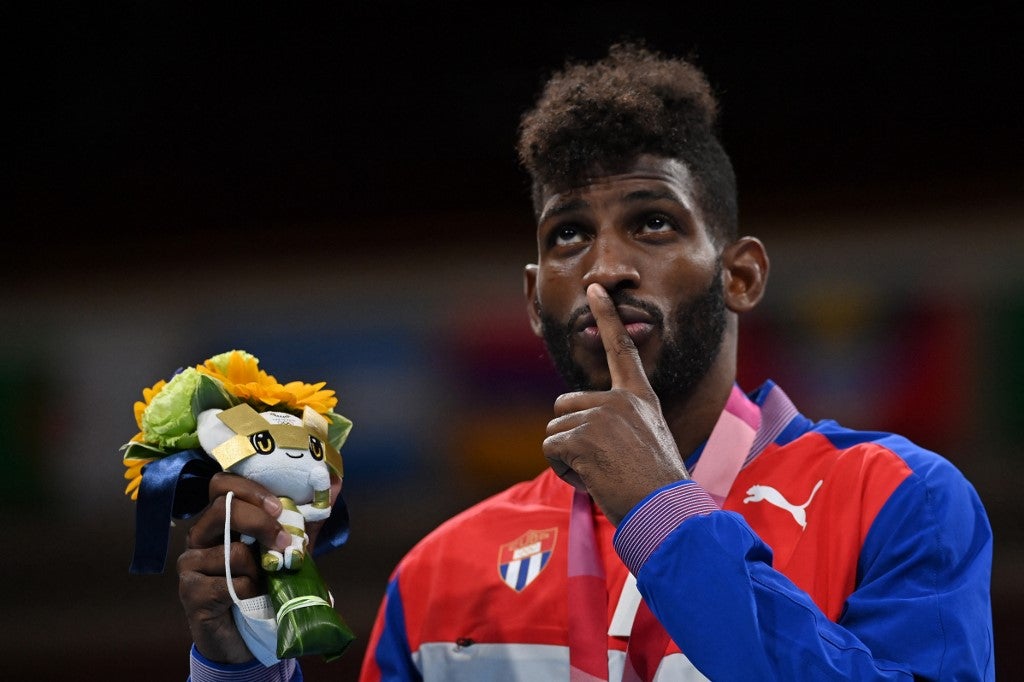 (FILES) In this file photo taken on August 8, 2021, gold medallist Cuba’s Andy Cruz celebrates on the podium during the victory ceremony for the men’s light (57-63kg) boxing final bout during the Tokyo 2020 Olympic Games at the Kokugikan Arena in Tokyo. (Photo by Luis ROBAYO / AFP)

The Cuban Boxing Federation (FCB) issued a statement on the website of Cuba’s INDER sports institute saying it had been “informed that the athlete Andy Cruz Gomez took part in an attempt to illegally leave the country”.

But the FCB gave no more details about the escape attempt nor Cruz’s current whereabouts.

Cruz, who won gold at the Tokyo Olympics in 2021, is considered by many experts to be the finest Cuban boxer of his generation.

He faces a temporary or permanent suspension from Cuban boxing over the incident.

The FCB said it was a case of “serious indiscipline” that would “generate corresponding assessments” that would soon be published.

Cruz did not turn up to the national championships last week, nor a pre-competition training camp.

The Oncuba website had said two sources close to the boxer claimed he had left the country, without specifying where he was headed.

The FCB said Cruz’s “obvious lack of motivation” was behind his exclusion from a Cuban professional team trip to Mexico to take part in a boxing match.

Boxing is a source of national pride for Cuba, which has won 41 Olympic titles and 80 world crowns in the nominally amateur version of the sport, now known officially as Olympic-style boxing.

There is nothing unusual about Cuban athletes trying to escape their country as Cuba has long prevented its sports stars from turning professional, forcing them to compete for national glory rather than personal rewards.

But Cuba has slowly been opening up to professional sport.

In April, communist authorities finally allowed boxers to take part in professional boxing competitions, leading to the team match against Mexico, which the Cubans won 6-0 with five knockouts, even without Cruz.

Other sports such as baseball have also embraced limited professionalism recently as last month Cuban authorities reached an agreement with the sport’s international governing body, the WBSC, to allow Cuban baseballers to manage their own professional contracts with clubs in foreign leagues.

Cuba is suffering its worst recession in three decades, partly provoked by the coronavirus pandemic and the ramping up of US sanctions under former president Donald Trump, which has led to mass migration.