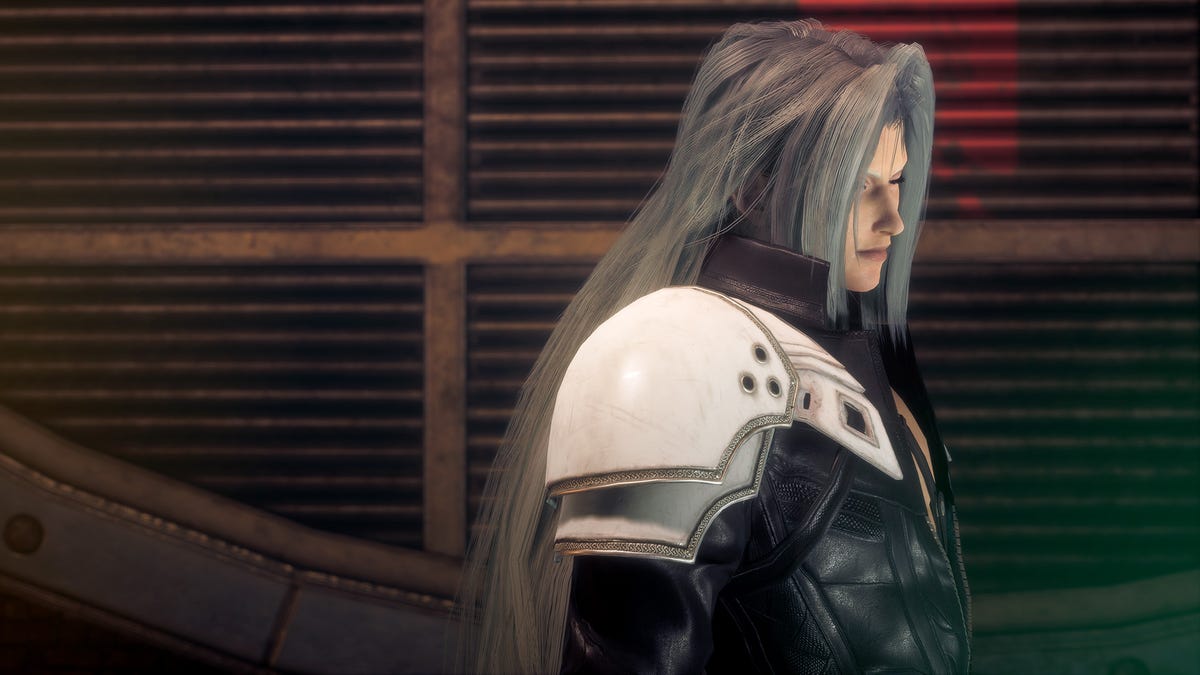 We got a bunch of information about Crisis Core: Final Fantasy VII Reunion today, including the important news that flavor text about Sephiroth’s gratuitously thorough hair care routine will be carried over from the original game.

Reunion is, as the name suggests, the upcoming remastered re-release of Crisis Core, a PlayStation Portable action RPG from 2007 that acted as a prequel to Final Fantasy VII. When it arrives on every gaming platform under the sun later this year, Crisis Core: Final Fantasy VII Reunion will feature more voice acting, upgraded visuals, and new gameplay elements, but Square Enix is planning to keep pretty much everything else the same.

“If you played [Final Fantasy VII Remake], or the original, you’ll probably know that Zack is in the first Remake game where he doesn’t appear at that point in the story in the original Final Fantasy 7,” said Reunion executive producer Yoshinori Kitase. “So he’s featured more than he was. We thought that people who were starting the story there would really want to know more about this character.”

But let’s be honest: While it was nice to see Zack’s backstory fleshed out, the biggest moment of Crisis Core: Final Fantasy VII came when we learned how the villainous Sephiroth keeps his long hair so luxurious. Over the course of the original game, Zack can join a Sephiroth fan club known as the Silver Elite that sends him emails with trivia about their silver-maned hero, including his hair care routine.

Listen up
The Audible Premium Plus experience for Amazon Prime users includes unlimited listening to the Premium Catalog, plus (see what they do there?) one credit per month for any title of their choice.

The introductory message after Zack enlists with the Silver Elite reads as follows:

Dear members of the Silver Elite:

In this update, we present another piece of Sephiroth trivia—the secrets to his beautiful long hair.

The hair products he uses are of the highest grade, made and supplied by the Shinra Company.

He seems to use one whole bottle of both shampoo and conditioner every time he washes his hair.

They are scented with thirteen kinds of perfumes, including Rose and Vanilla.

Apparently, the scent in the air after Sephiroth tosses his hair changes daily!

I don’t need to tell even the most hygienic gamers out there that that’s a lot of shampoo and conditioner. How does Sephiroth even find the time to use that much product between all his war crimes? Kudos for the dedication to maintaining that beautiful head of hair, but damn, does Sephiroth always have to be so extra?

“I think [Crisis Core’s story] stood the test of time,” said creative director Tetsuya Nomura, a man with his own flair for the dramatic. “It’s something that is very highly regarded by people. And when I look back over the story and how it’s put together, there are not many faults I can find in it really. I think it’s still a very complete and almost perfectly put together story in a lot of ways.”