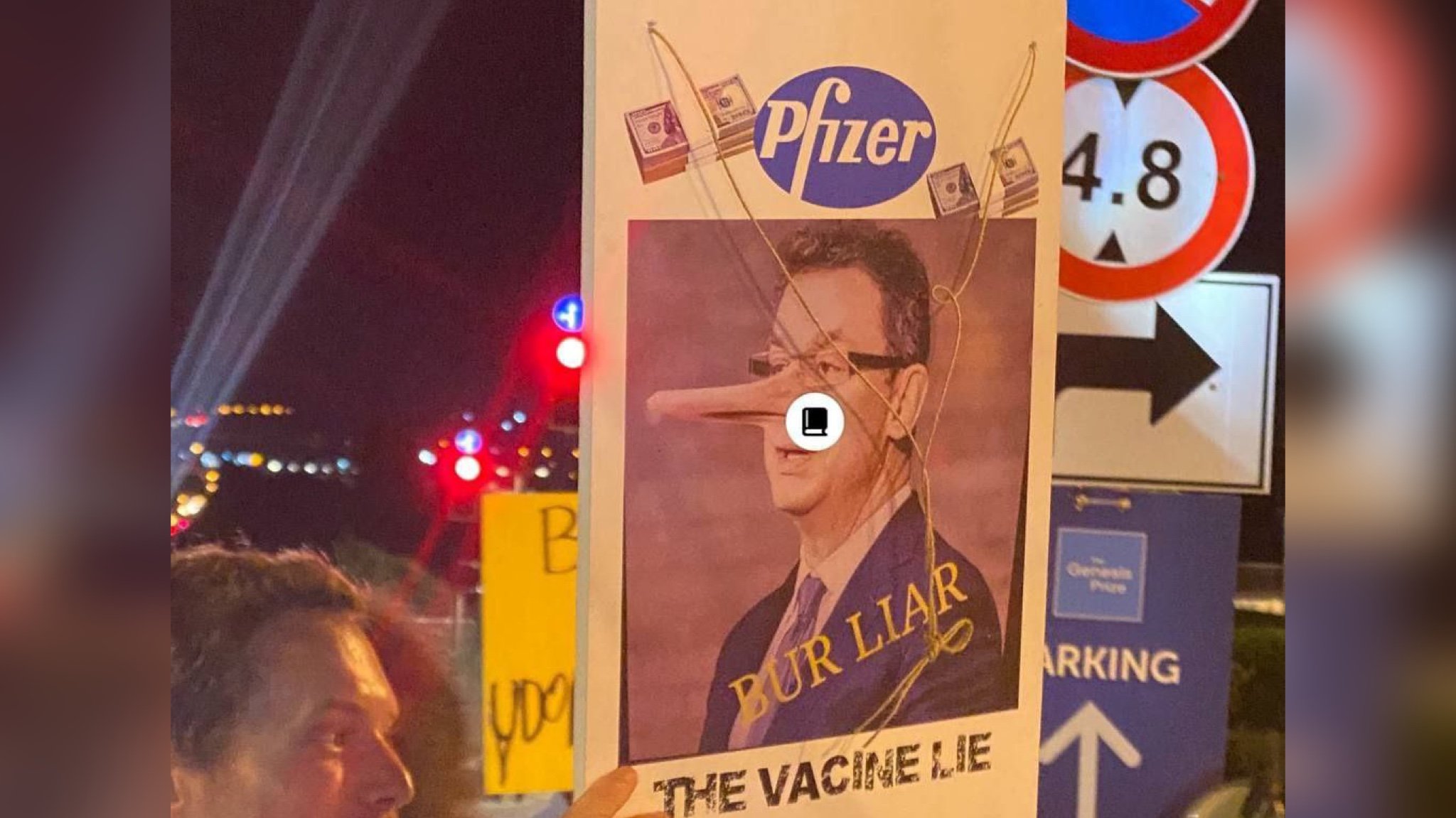 President of Israel Isaac Herzog presented the Genesis Prize, also known as the “Jewish Nobel” to Pfizer’s CEO Dr. Albert Bourla, at a ceremony in Jerusalem, Israel on Wednesday night.

According to the press release, Bourla donated his $1 million Genesis Prize award towards the construction of the Holocaust Museum of Greece in Thessaloniki, to commemorate Greek-Jewish communities wiped out by the Nazis.

“Dr. Albert Bourla was announced as the 9th Genesis Prize Laureate in January 2022. The award recognizes his leadership in delivering a vaccine against COVID-19, which saved millions of lives during the pandemic. The Genesis Prize also celebrates the boldness of his vision and willingness to assume risks, which enabled delivery of the vaccine in record time,” the Genesis Prize Foundation said in a statement.

“In addition to honoring the vast humanitarian impact of Dr. Bourla’s leadership, the award also celebrates his pride in his Jewish identity and heritage, and his strong support for the State of Israel.”

“Albert Bourla was not deterred by high stakes, by naysayers, by conspiracy or by politics. He believed in the vaccine, and invested every ounce of himself in realizing what seemed at the time a far-fetched fantasy. The vaccine was developed in record speed, utilizing the technology of tomorrow to successfully hold back a devastating pandemic,” President of Israel Isaac Herzog said.

Bourla received not such a warm welcome at the Genesis Prize event tonight in Jerusalem.

Bourla was welcomed by a group of angry protesters calling him a “CRIMINAL.”

#AlbertBourla, the CEO of Pfizer – Israel honors the CEO of #Pfizer with the “Jewish Nobel” Prize. But he did not receive such a warm reception at the Genesis award event tonight in Jerusalem from the people. Shouts of : “Criminal.” pic.twitter.com/4WWiB8Zw33

Here’s another video of the protesters:

Protests at the #Jerusalem Theater where Pfizer CEO Albert Bourla was awarded the Genesis Prize in a ceremony#protests #pfizer #pfizerceo #AlbertBourla #Israil pic.twitter.com/EpvUW4ONZp

Bourla was asked if there are new adverse effects that he was not aware of before.

“We haven’t seen, although the vaccines have been used in billions now of people and they have been scrutinized because of the publicity of COVID a lot. So I don’t think there is any vaccine that anyone can feel safer given the extensive use of experience that you have with it,” Bourla responded.

Albert Bourla (Pfizer CEO) had an interview today with @adiryanko that could make people angry:
– Any new adverse effects?
– “We haven’t seen… I don’t think that there is any vaccine that anyone can feel safer giving the extensive use and the experience that we have with it”
1 pic.twitter.com/8Bzt6DCKpi

Israel – 72% vaccinated
Israel doesn’t have a high rate of full vaccination (66%), but the country eagerly embraced all proposed boosters: four. Despite all that, Israel experienced the highest COVID-19 death rate on record this year.